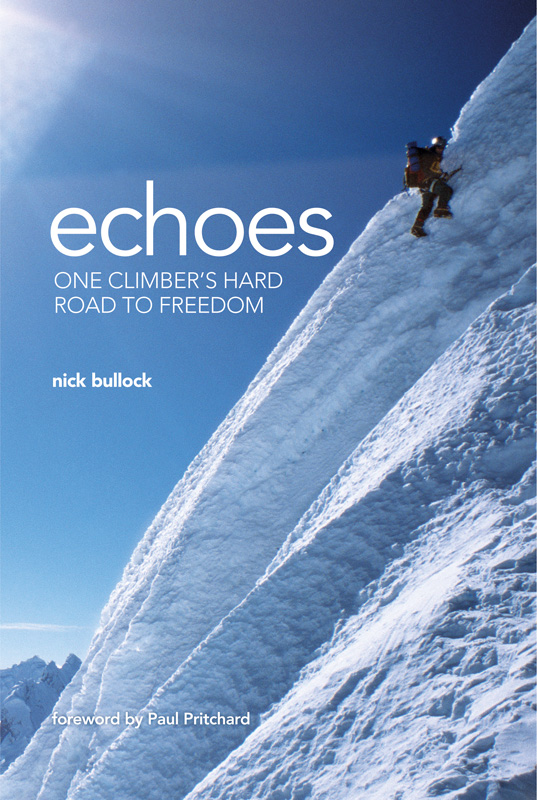 In my final few days as a PE Officer in the prison service I visited the staff accounts office. The accountant, a somewhat forthright lady had the reputation of Rottweiler and after working at the prison for over three years I knew why.

“What are you going to do?” The Rottweiler growled as we talked about my recent resignation.

“But what about money, what are you going to do for money?”

“But what will you write about?”

“I’ll write about climbing, my life, the prison, there’s loads of stuff to write about.”

The Rottweiler’s solid head tilted, she looked over the top of her glasses in an admonishing school mistress way.

“I look forward to reading it.”

For over 15 years I had paid – compulsory – into the widows and orphans fund even though I didn’t have anyone who was going to benefit from my death and be a widow or an orphan. I was asking for the money back, and the Rottweiler informed me that I would get a full return but only when I was sixty years old and only after I personally showed up at the prison. Disappointed, I walked toward the door, “Good luck with the writing.” The Rottweiler barked – she looked sceptical.

I stepped down the narrow spiral stairwell of the stone turret, (HMP Welford Rd was built to look like a castle) while walking away from the administration offices and replayed the conversation, I heard my own voice say, ‘I’m going to be a writer’ and I laughed and thought, ‘Yeah, of course I am … What a pillock.

On September the 3rd, nearly nine years to the day after that conversation, Echoes will be published, so I suppose I’ll be a writer then but I’m not really sure how much of a proper writer I am – I can’t spell, I haven’t a clue where commas are supposed to go and I really have no idea about grammar – but to tell the truth, I don’t care, I just enjoy writing.

Not long after the Rottweiler conversation, three years into my ‘writing career’ I wrote an article, also called Echoes, which was published on UKC, some of the comments this piece of writing received on the UKC forum are priceless and one of the more interesting posts was from Andy Kirkpatrick who generously offered advice and writing rules for me to take on-board. Here is Andy’s post,

I’m very critical of peoples writing (including my own), and having spent 3 weeks solid working on one chapter in the Banff writing program, I thought I’d pass on a few thoughts I have on writing, to anyone who’s listening.

NEVER use the word ‘Suddenly’.

AVOID similes at all costs (1 per chapter – not one per paragraph).

DON’T try and impress people by how hard you are, or what a good climber you are.

Never tell anyone how you’re feeling (I felt…ect), only tell them the situation you’re in.

Find a good editor and listen to them.

Don’t listen to the 85% of people who tell you your writings good, rather take notice of the 15% that tell you it’s crap (it probably is).

I don’t like Nick’s style personally (it’s hard to digest and I always feel he’s trying to impress me to much, and for far too long), but he has four star adventures and combines them with four star ideas. I think he could come up with a really great book – but without a very strong editor and a willingness to learn and change his style, I can’t see it.

Of course the hardest thing is to write something interesting, moving and valuable, which can be understood by non climbers.

Cheers for that Andy, I look forward to your comments on whether you think these rules still apply and what you think about this more up-to-date version of Echoes?

For me I find rules of any kind are generally, to use a cliché, made for breaking. The original piece of writing Andy’s comments were written about was experimental, it was about me finding a way, finding what works and what doesn’t, and yes, several years down the line I think some of Andy’s comments were correct and valuable, but come on, NEVER and DON’T and ‘rules’ of what to do and what not to do in writing, the day I follow rules is the day I give up writing, climbing and anything else that insists I conform.

Writing will always be a personal thing, some people will hate with passion while others will love and that’s fine. I just wish folk would appreciate this before writing some intelligent comment along the lines of “This is shit.”  Comments like this make me want to shout, no it isn’t, maybe its not to your taste, but it isn’t shit. I personally dislike Thomas Hardy’s writing, but there are a lot of people out there who will disagree and obviously, it’s not shit, it’s just not to my taste. I hate the writing of Dan Brown, I think the book The Da Vinci Code is really bad – in fact so bad I couldn’t finish it when I was stuck in a tent for nine days in Alaska in 2005 – but there are millions and millions of people who love it, so obviously it must have some redeeming factors. Cormac McCarthy is one of my favourite writers, he breaks so many of ‘the rules’ it’s a wonder he hasn’t been executed by the literary police. It makes me wonder what advise the literary pundits on UKC would have given Cormac if, in the early days, he had published Blood Meridian on the site. “But he wrote a whole paragraph without using one comma, unreadable flowery shit!” (Whoops, sorry Andy, there is one of your rules broken – heaven forbid!!)

When I write I set out to be honest – Echoes is an account of growing up, finding my way, working in the prison service and trying, after attempting to fit in, to live true for me and with integrity. It’s about finding climbing which massively changed my life and its about learning how to stay alive when climbing and how to get through life when not climbing. Echoes is about growing up to live one type of life, but finding something that opened up a whole different path which possibly saved my life. I would prefer for people to love it or hate it. (“Ah, you want a Marmite book.” – Ed Douglas) I will have failed if it falls into mediocrity. Hopefully people will not say its shit, but there is one thing for sure it breaks a few rules.

A link to the book bumph is here

I have just finished five days of filming with the Polished Project guys, Lukasz Warzecha and Wojtek Kozakiewicz. The film has been commissioned by Mountain Equipment and will have direct quotes from the book and give people more of an idea of its subject matter and the author (me). The film, which is a stand-alone piece of work and not an advert, will also have great imagery, straight talk and will hopefully inspire. It is due out at a similar time to the book, the 3rd of September.

On the BMC International Meet last winter I climbed a new direct finish to the route Pic and Mix. James Dunn has kindly put this teaser together and a longer clip of film to be shown at the following lectures listed below. Mindless Finish to Pic & Mix

I intend to give some lectures which will include readings from Echoes, stories of some of the climbs and the people included in the book and film and pictures from some of my more recent climbs in Scotland, Alaska and Wales. There will be more info about each talk nearer the time. The dates so far are

January 17th to 20th London Outdoor Show for DMM. (To be confirmed) 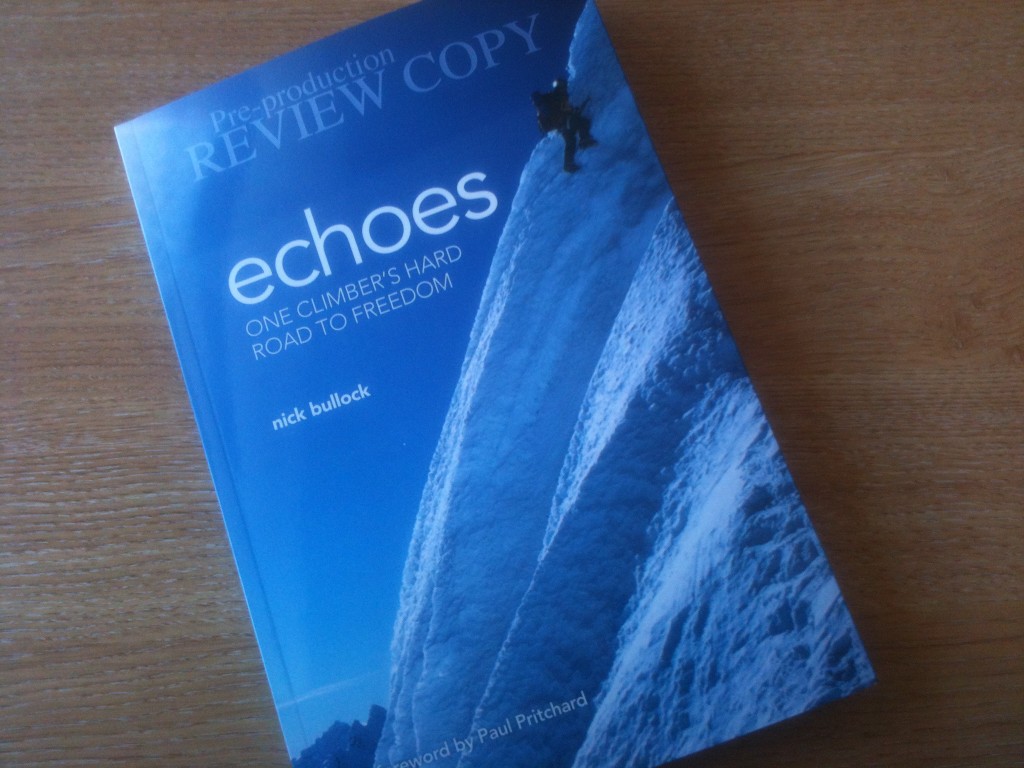 7 Responses to The Book, A Film, Some Lectures, Pic & Mix Mindless Finish Teaser, A Few Thoughts & Book Launch Info. (The longest title ever!)