The early morning cold-crackle surrounded Houseman and my prone forms. A cloud of condensation crawled from my mouth, dampening the fabric near my face. I rolled and pulled the sleeping bag around my shoulders and stared at the plywood wall. Outside the window, feet shuffled in the dirt and a cockerel shouted his wake-up, quickly drowned by the screech of rubber hitting the runway and the whine of a jet engine.

I lay on the narrow bed in Paradise Lodge, Lukla, feeling robbed – robbed of all our gear and robbed of the chance to climb a new route on Peak 41, robbed of an experience. I rolled again and pulled the bag over my head in an attempt to turn-off the day. Houseman, also wrapped against the cold, in the bed next to me shuffled. A voice outside, out on the lodge veranda pulled me from my miserable lethergy. The voice was English, I couldn’t place the accent but it was broad and friendly and welcoming.

I pulled myself up, turned and looked down to the table which filled the veranda near the entrance to the lodge. And just for a second it was my first time here, here in the thin smoke filled air, here at this lodge with Jules Cartwright and Al Powell and I was sat there, just there, where the English guy sat smoking a cigarette and drinking a mug of milky tea. He reminded me so much of Cartwright, tall and gangly, an unruly mop of hair, unshaved, smoking and emanating an air of this is where I belong. I quickly got up, grabbed a cuppa and went to speak to the guy outside.

His name was Chris and he was guiding a group, but unlike some of the ‘guides’ I had encountered in the Khumbu, it was obvious Chris was very much at home and experienced and in the place he wanted to be. We gelled immediately – shared stories, another brew and more stories. Houseman turned up and joined in the conversation. It turned out we had mutual friends and had climbed some of the same climbs. Houseman and I were both fed up having had most of our gear robbed from our BC, but talking to Chris, feeling his enthusiasm and excitement from being amongst the mountains, a place he obviously felt comfortable and at home, rubbed off, it reminded us that we would be back – we would once again feel a similar excitement to that of this gangly Cartwright like figure now stood in front of us.

I never met Chris Walker again, Chris died in the mountains of Scotland two years later. I remember when I heard about the accident, it took me immediately to that morning in Lukla and how speaking to Chris had lifted both Houseman and me. But this time, instead of gear, something so easy to replace, I knew the climbing world had been robbed of a great inspirational character and a lovely guy. Whenever I think of that morning I still feel robbed of the chance to get to know Chris but I know my loss can be nothing to that of those that knew and loved him.

Andy Houseman and I leave for Nepal on Sunday for an attempt at a new route on Chamlang’s North Face which is situated in the Hunku Valley. Our starting off point will be Lukla and I’ll make sure to have a brew and sit at that table and take the time to remember.

Amongst other very generous grants from The BMC, The MEF, The Welsh Sports Council and The Alpine Club we have also received £1000 from The Chris Walker Memorial Fund, thanks, I hope we can do Chris’s memory proud. 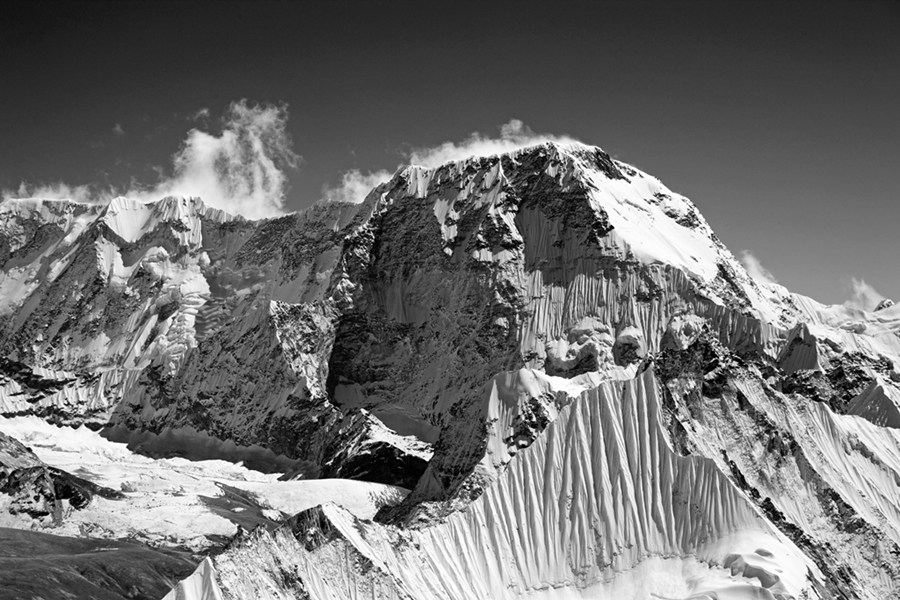