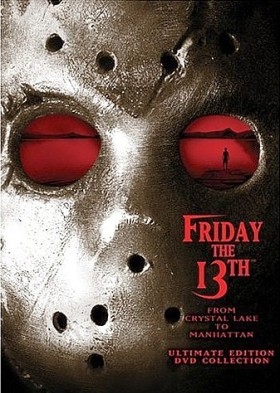 The term ‘climbing’ covers a plethora of different disciplines – ice climbing, bouldering, traditional rock climbing, mountaineering, dry tooling, sport climbing, Scottish winter climbing, etc. It doesn’t matter which of these sub-cultures you are into, they are all as important as each other to the individual. Also most important in the genre are the most inspiring lines, climbs, moves, ice formations, boulders and mountains – the ones that really grab our attention. It is these truly memorable outings, the ones we have dreamed, that makes us as what we are, what we strive towards being. Cliffs, bouldering areas, mountain ranges, ice climbing destinations, they all have climbs that stand out from the rest and the pioneers of these inspirational climbs are generally like the climbs themselves, stand out, individual – people that inspire.

Craig Arthur stands above the tranquil Eglwyseg Valley near Llangollen. To quote the Rockfax Guidebook, “The quality and length of the routes at Craig Arthur make it of national importance”.

“The Nemesis Wall is covered in a mixture of delicate features. Here such classics as Manic Mechanic, Smoking Gun and Tres Hombres find their way.”

[The Nemesis Wall] “It gives the highest concentration of top class hard climbs in the vicinity. Superb technical wall climbing in the lower half is perfectly contrasted with leaning grooves and exposed overhangs on the walls above.”

Craig Arthur it is one of those crags that has a mix of traditional and sport climbs, I have climbed there often. What maybe makes the crag slightly confusing to some is it has climbs with a mixture of traditional and fixed protection.

I have climbed the bolted lines, the traditional climbs and the climbs that have a combination of bolts and traditionally protected gear placements and I can honestly say it is the traditional climbs that stick in the mind most. Stuart Cathcart’s Survival of the Fastest has one bolt near the top and Pat Lillejohn’s, Friday the Thirteenth had no bolts at all and I vividly remember climbing them both. Manic Mechanic like the two climbs above is a three star climb and it is a climb I aspired to attempt at some point in my life.

This is no attack on sport climbing, I have just returned from a ten week sport climbing tour of Europe but I’m sorry to say most of the sport climbing at Craig Arthur is sub-standard, especially the fully bolted lines on the Nemesis Wall, which have ruined the long established three star traditional climbs.

Below are descriptions of two of the five three star climbs on the Nemesis Wall, the other three climbs being Smoking Gun E6 6c, Shooting Blanks E6 6c and Tres Hombres E6 6b. There are also another two climbs, Steppin Razor a two star E5 6b and Marie Antoinette a one star E5 6B. These two descriptions are taken from Gary Gibson’s website Sportclimbs.co.uk

10. Friday the Thirteenth E5 6a, 5c *** Start below the obvious long grey streak at the left-hand side of the wall, just right of a small tree. 1. 25m Gain a short groove and step left. Now trend rightwards to a detached flake, PR on the right. Now continue direct to the break. 2. 18m Follow the obvious groove on the left, PRs, moving right over the capping roof to a final wall.

If you check out the Nemesis Wall topo you will see that there are now four new bolted climbs between, and including, Revival of the Latest and Marie Antoinette. In my opinion these climbs have been squeezed in and the only purpose of these new bolted climbs is to satisfy Gary’s obsession with climbing new routes. Walking along the whole crag there are many new bolted lines which I’m sure affect other long established, starred traditional climbs but at the moment I only have experience of the climbs on the Nemesis Wall.

I climbed Friday the Thirteenth several years ago. I climbed it on-sight and as a single pitch. At the time it felt big, wild, intimidating and adventurous. Pat Littlejohn is the first ascentionist and this added to the experience as Pat’s climbs often tend to be intimidating, sparsely protected, full on experiences. Friday the Thirteenth, unlike other routes on the wall did not utilise any bolts – it was a memorable journey! I seconded Paul Swaile on Friday the Thirteenth a few days ago and Paul clipped six bolts without making any deviation from the climb. When I seconded the climb it was obvious an extra three bolts could also be clipped. This radically changed the experience. Here is my revised description of the climb.

10. Friday the Thirteenth 6c * with spaced bolts, but possibly not as spaced as a climb at Céüse.

Start below the obvious long grey streak at the left-hand side of the wall, just to right of a line of bolts and just to the left of a line of bolts. Gain a short groove and step left, clip a bolt, then clip two other bolts, one on the right and one high on the left to give you a baby bouncer. This section used to be a run-out and very ‘thoughtful’ but not anymore folks. Now run with abandon and trend rightwards to a detached flake. Clip a bolt above and pull as hard as you want on the flake as you don’t care what happens now with bolts clipped all around. Skip merrily to a PR on the right. Now continue direct to the break, possible bolt to clip on the right, to reach what was the belay where you can clip a high bolt. Follow the obvious groove on the left, PRs, and bolt high and left, before moving right over the capping roof to a final wall. 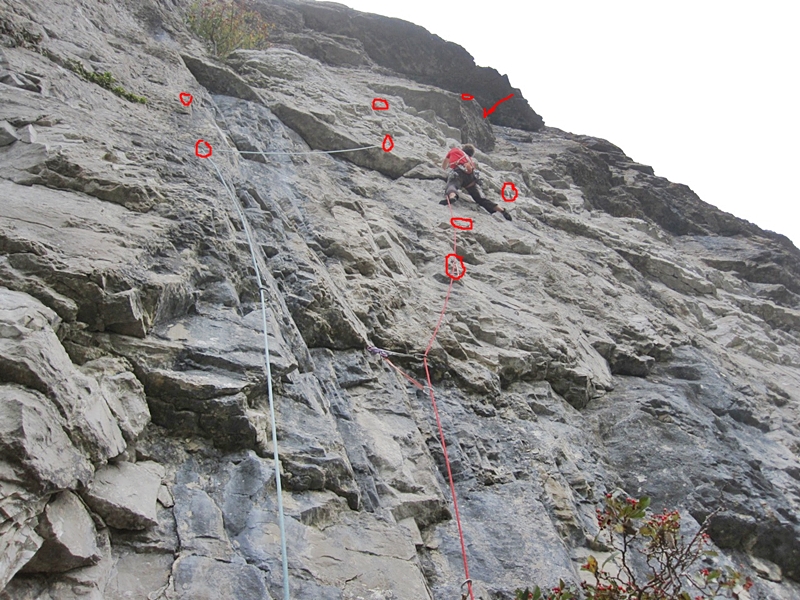 Below is the second ‘new’ sport climb description on the Nemesis Wall, which it to the right of Friday the Thirteenth and described as a direct assault through the walls. I would describe it as virtually no new climbing and more the combination of two three star traditional routes. Yes a good 7b bolted climb, but a non-line ruining two historic and inspirational three star traditional climbs of much better quality.

11. Oblivion (7b) **direct assault on walls through Friday starting and finishing as for Manic.

This is not a true description, this climb a complete clip-up. Here is the actual description.

12. Manic Mechanic 7b** Good in one big pitch. Start 3m right of the tree beneath a line of bolts. Climb direct up the black streak, BR, to reach a ramp. Clip a high bolt before trending rightwards on what is a high side runner, PR, into a depression, BR. Pull through the bulge, PR to gain the break and continue up to the second break clipping a bolt on the nose of a prow. (It may actually be possible to clip more bolts on the way) Move left up the wall, TR and bolt runner by the side of the thread making all of the nut placements in this piece of beautiful wall unnecessary, to reach the roof and pull leftwards through it, PR, to good but small holds, then before actually completing the crux move of the climb, clip the lower-off. Don’t go to the top to truly finish the climb and give you that, ‘YES’ feeling.

The next new sport climb to the right is,

13. Relentless (7b+) *** a very fine new addition straight up the centre of the wall utilising a high hanging arete and super overlap finale. Very sustained but with two good rest spots.

Once again this is a good bolted climb but once again the actual new climbing is limited, it minces into and out of Manic Mechanic, Friday the Thirteenth and Smoking Gun. It should not have been bolted to the detriment of the three star tradition climbs around it which it fully affects and which are aspirational climbs.

I personally know several people who have climbed or attempted the traditional climbs on this wall and for those who failed to climb them clean, I know they have saved returning until they thought they were fit and capable to once again take on the challenge. Unfortunately for these climbers, unless they are very strong willed or suffering from tunnel vision, they now have to ignore the many bolts which are dotted all over the wall fully affecting all of the climbs and no-doubt giving others the green light to bolt with abandon.

“Drilled gear – Not seen as an issue in North Wales. Should be looked at on a case by case basis. Johnny Dawes and Chris Parkin proposed that retro-bolting should not occur due to the popularity of routes but rather on a basis of whether climbers ‘aspire’ to climb them.” BMC Area Meet decision September 2013.

I wrote the comment above and posted on the forums at UKC at the end of a topic about Gary Gibson bolting Nomad Wall at Llanymynech in 2009. My original post can be read by clicking here.

The UKC forum page shows that there were 223 replies to my post. In these replies there are many opinions, some for the bolting of The Nomad Wall, some against, some on the fence, some not bothered. It’s a great thing that we, climbers living in Britain, have a democracy and in doing so we generally adhere to the opinion of the majority. One of the most annoying things in life I find is lack of consideration for others, so when the voice of the majority is ignored and ignored to the detriment of inspirational, long established, high quality, three star traditional climbs, it upsets me considerably.

I’m sure Gary will read this and I would like to say I really don’t mean to make this personal. I don’t know you Gary but I’m sure you are a nice guy and in the past you have made some very significant and worthy additions to British climbing but please, it is now time to stop with this obsessive drive to climb new bolted lines, (many of which are sub-standard and poor) lines which seriously affect very good and historic traditional climbs that many people aspire to climb in as near to their original form as possible.