The Forming of Ice. 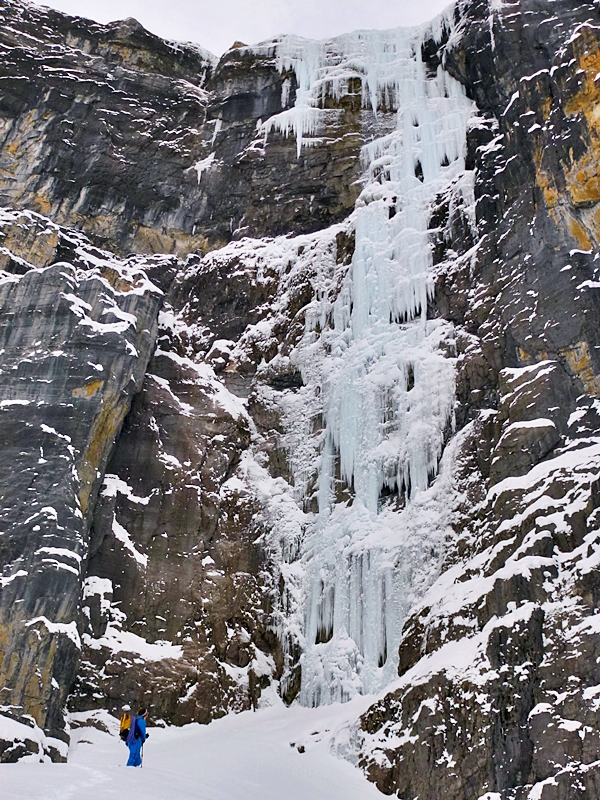 Nemesis on The Stanley Headwall in 2013 form.

At the moment I’m fascinated by the movement of time.

And as the trip to Canada comes to an end it’s quite fitting that the last route was Nemesis, an ice-climb I climbed first with Dave Hunter in 2003 and at a time when Greg, who I climbed Nemesis with on this trip, was only twelve years old.

With each placement, pick into hard frozen, the ten previous years splintered. Shards – some clear, some smoked, some big, some small – splattered and flew to the snow at the base of the climb.

And what have I done in those ten years? Where will the next ten years lead?

I climbed Nemesis with Dave Hunter in March 2003, and it was later that year I left the Prison Service to become a writer and full time climber.

I have not seen Dave since. I wonder where he is and what he is doing with his life.

And with the forming of ice, people will climb it in whatever form it makes that year.

But hopefully, the ice will continue to grow. 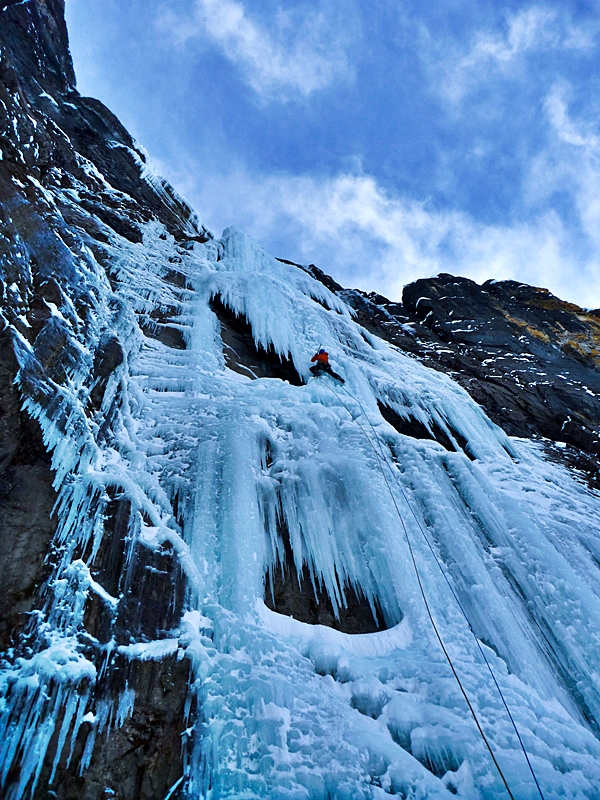 Nick Bullock on the first pitch of Nemesis 2013. Greg Boswell. 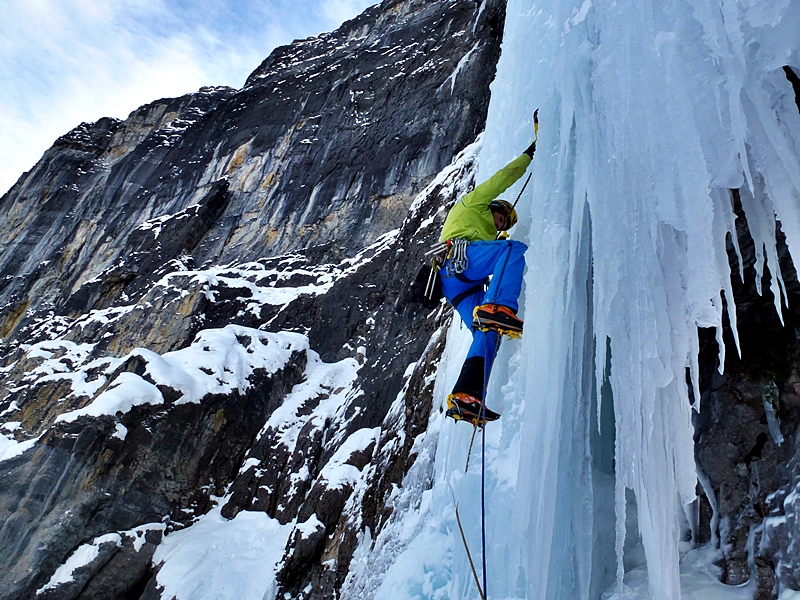 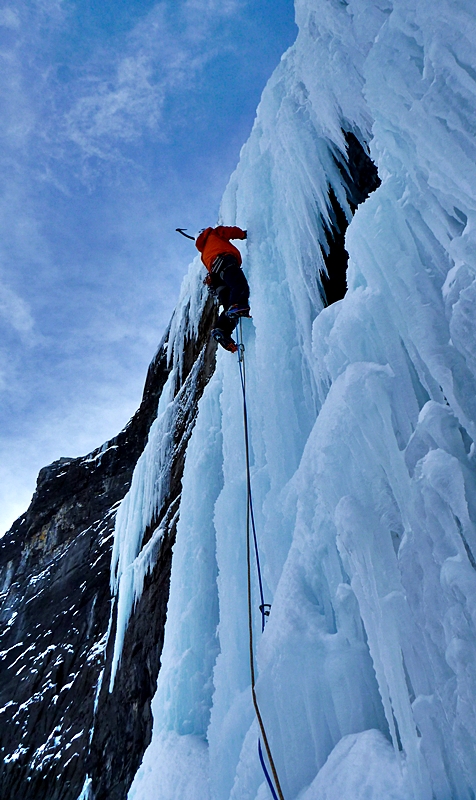 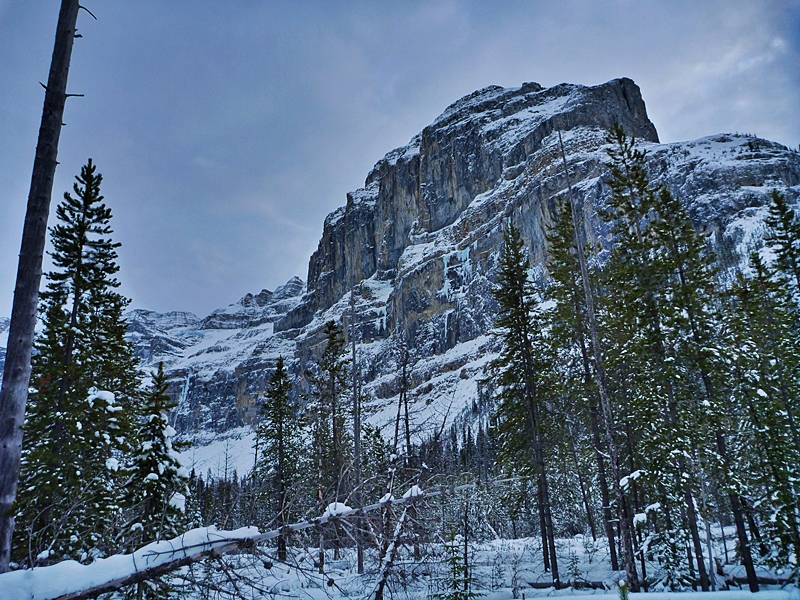 Another sun sets on our final visit to The Stanley Headwall 2013.

One Response to The Forming of Ice.