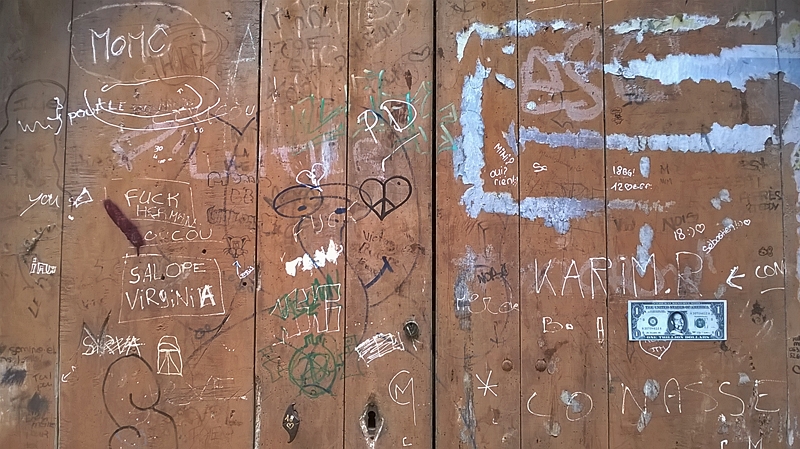 go to site The carriageway passed through the middle of Saint-Étienne, a city in the south eastern central of France. Plastered walls painted a salmon colour and covered by graffiti, skirt the road. Large letters, tags, cartoons, sharp angle shapes with shadows, a multi-coloured aerosol mosaic… Cars speed past the graffiti and past my little red van missing it by inches. Tower blocks look down – some have broken windows and the graffiti blooms like confetti,  upward, up into the dark cloudy sky, up, a sprayed bark of red, blue, green, graphite…  letters cling to the building and flow out of sight around the man-made arêtes.

follow link I was driving by myself from Chamonix to the Gorges du Tarn in the south west of France. Phil Dowthwaite was also taking the same journey to meet me and in a few days Rich Kirby, a Northerner with humour as dry as a washed up lump of wood was joining the two of us.

https://www.caitlinsmith.com/home/i1kjtyf3f Three hours earlier, leaving Chamonix had been heart wrenching, I had clicked to the Guardian website and immediately I was punched by an image of a uniformed man on a beach carrying the lifeless body of a small child. The three year old had drowned while attempting to escape Syria, and what I can only guess an existence like the horror of a painting by Hieronymus Bosch. I sat in my friend’s apartment looking at my laptop and all I felt was guilt. Every day pictures  appeared –  my newsfeed was full of images of people travelling and eating and loving and drinking and exercising and marrying and hashtagging and @’ing and I thought about how content and satisfied I had felt having recently returned from climbing the Brandler, Hasse on the Cima Grande in the Dolomites. How insignificant it all was in comparison to how bloody terrible some people have it. I drove through St Etienne and the walls and letters closed-in. 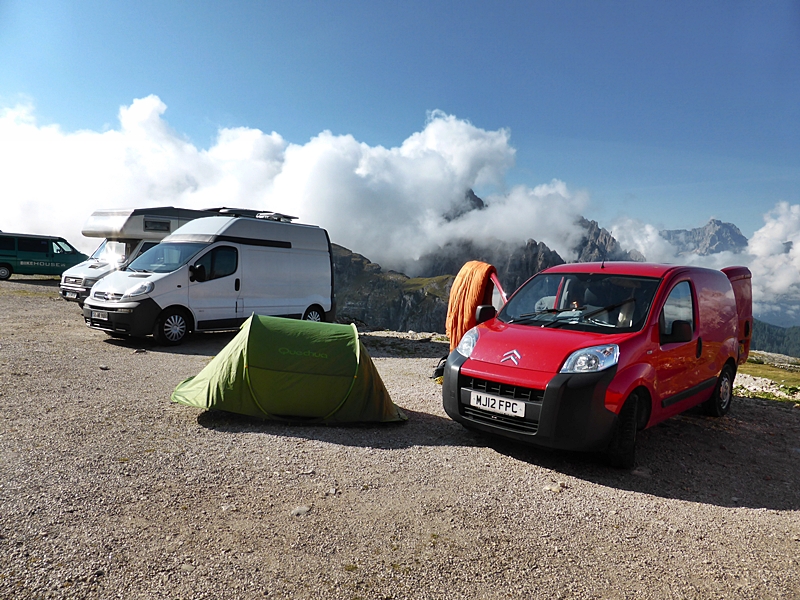 https://pjjonas.com/2022/07/26/6bgmz1175fg The morning thatTim Neill and I had set off for the Dolomites, we had left Chamonix at about 11am. The drive was long and it was night when we parked in the rain and the damp and the dark. We sat in my van and waited for the people to leave the toll gate which would allow us to drive, FOC, the final two or three twisty miles to the car park. I took the chance to ring my Dad who lived on his own since Mum’s death last Christmas. “Hey Dad, you’ll never guess where I am?” He didn’t, but when I told him, knowing Mum and he had visited Tre Cima, he couldn’t remember when, or even if he had actually visited the area. People in a hotel opposite sat in the warm and dry. Through the glass I could see blurred images drinking and eating and laughing. After a brief conversation I told Dad to take care and ended the call feeling sad and a little empty. 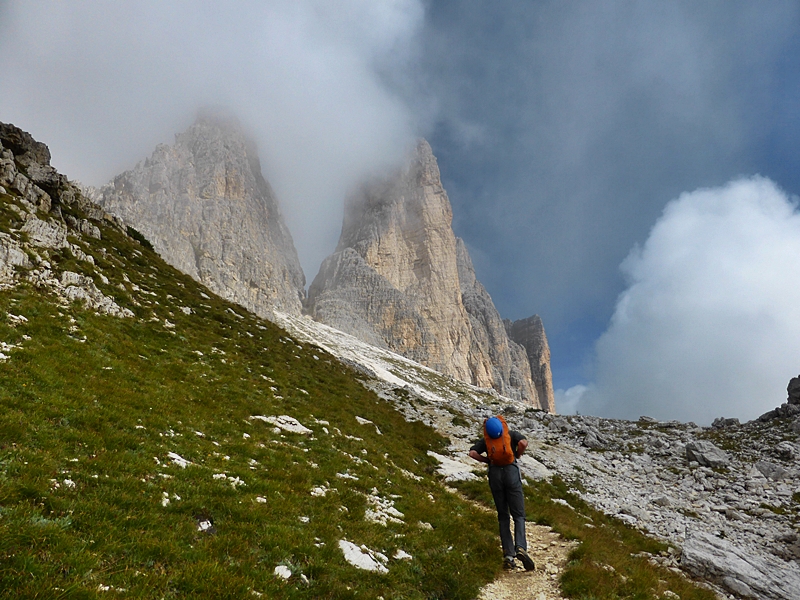 Buy Brand Name Ambien Online Tim walking in to Cima Piccola the day before we climbed the Brandler, Hasse. 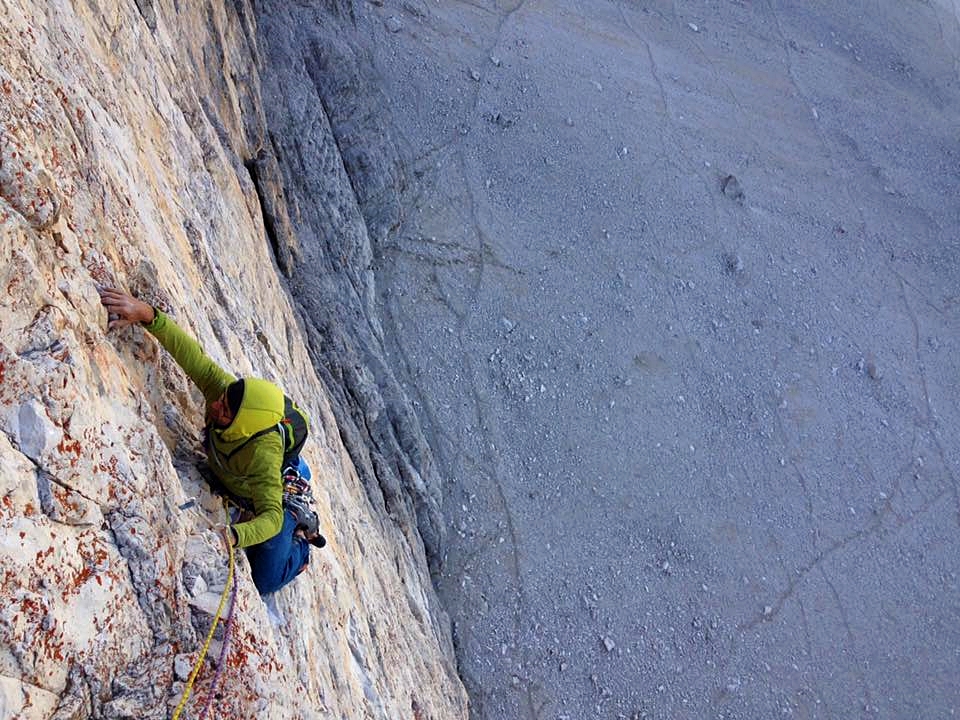 watch Myself following on the lower section of the B,H. Pic credit, Tim Neill. 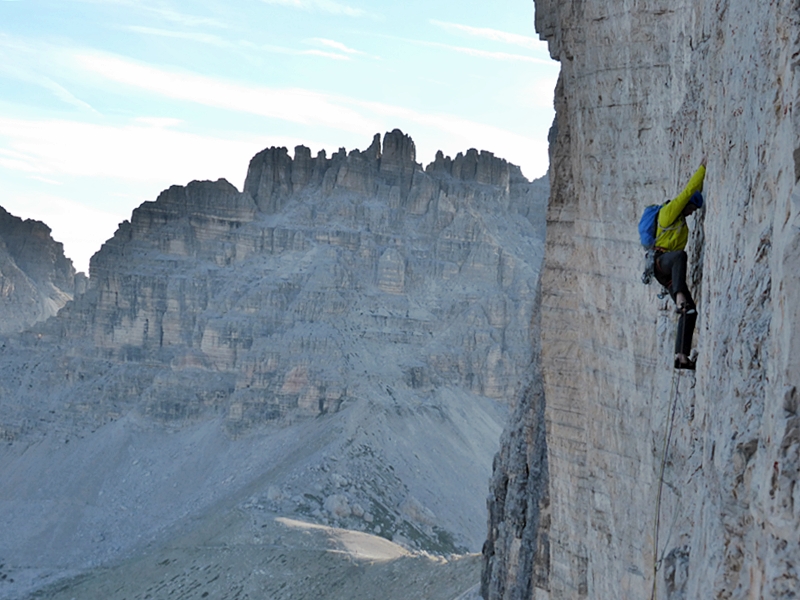 follow url Tim Neill on one of the lower pitches of the B,H. 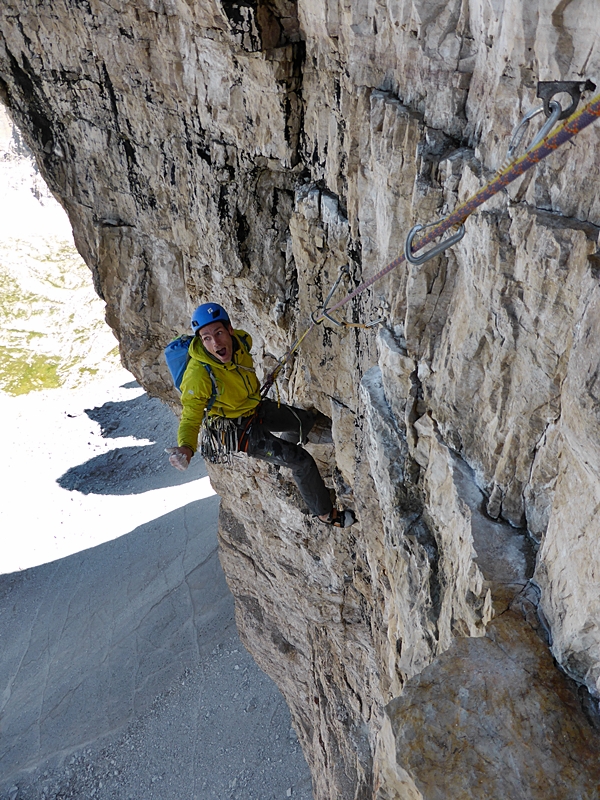 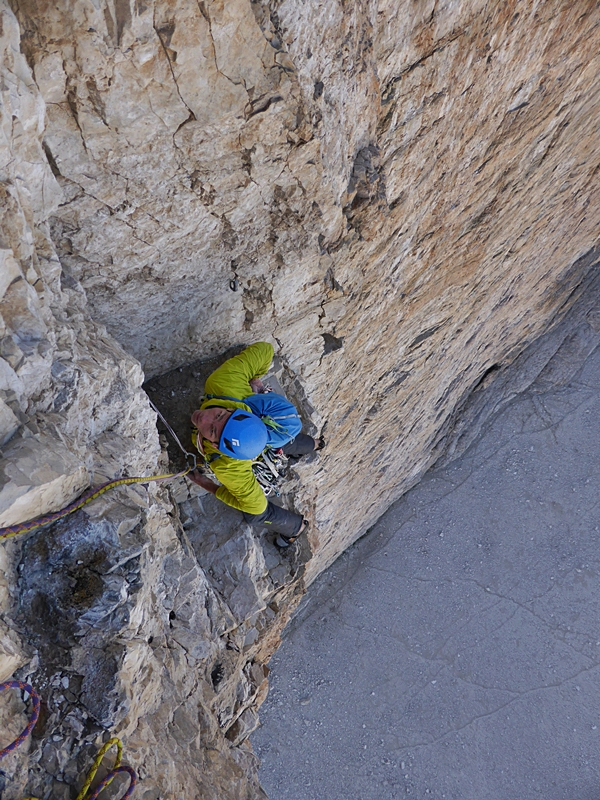 Ambien American Express Tim Neill on the final (!) hard pitch of the B,H. 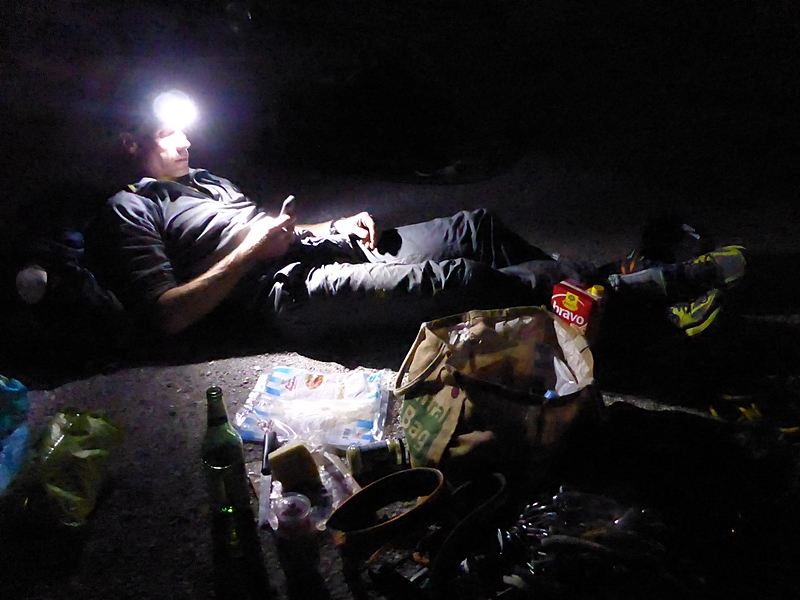 https://www.cosmicvolunteers.org/filrk1pa44t Back at the car park after climbing the B,H.

https://www.gallotravelagency.us/blog/65ieykd Tim and I dossed on the upper car park nearly at the foot of Tre Cima. The heavy rain had stopped by morning and the chime of the bells around the necks of the cattle reminded me of Nepal and yaks. The mist and cloud hung in the valley below and clung to the orange spires. The sun cut shadows full with energy. It’s been a few years now since I climbed in the Greater Ranges and I was beginning to miss Asia but in the previous two weeks I had been in the Alps, Tim, Keith Ball and I had climbed about thirty pitches on the North Face of the Piz Badile, five pitches on a great route down the valley from Chamonix and five pitches of a climb called California Dream on Pointe 3038 de Trélaporte before bailing in the rain. When Keith left, Tim and I had climbed a five pitch route surrounded by high Alpine meadow near a hut with bunches of flowers in the windows and an old Toyota 4×4 parked beneath a wooden lean-to. The climb was called Xscream Limit, which given a grade of 7a was the limit with l’ Arve Valley grading. I had filled myself on more climbing than you would ever do in ten years of visiting the Greater Ranges but of course going to Asia was not just about climbing and summiting, I missed the people and experiencing a world and a people and attitudes to life very different than in the UK. 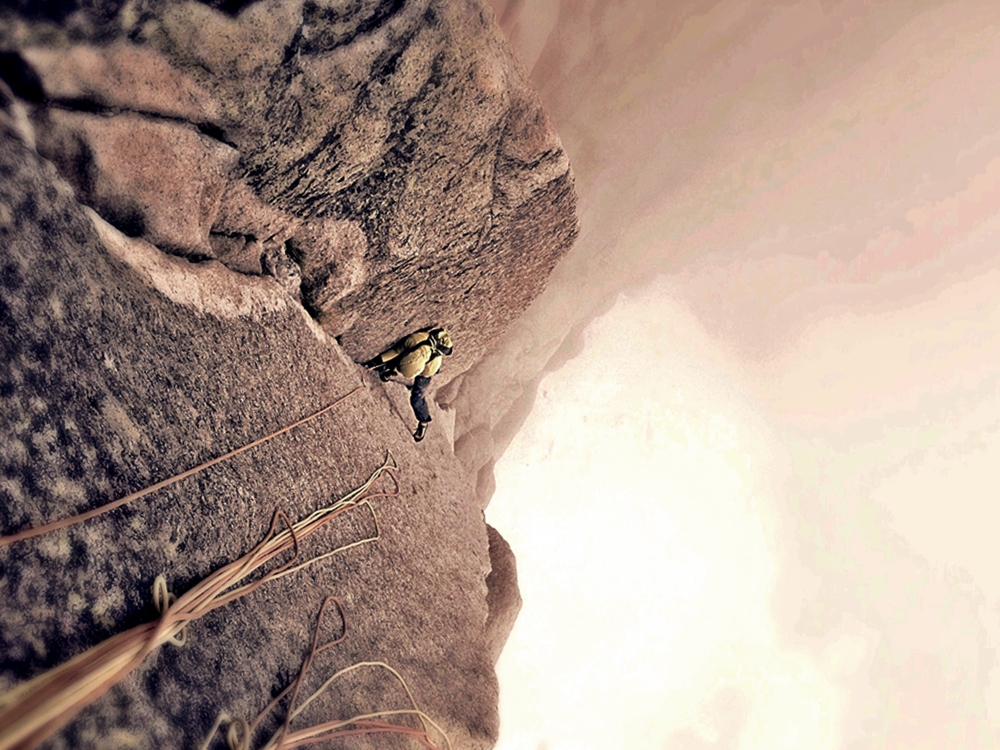 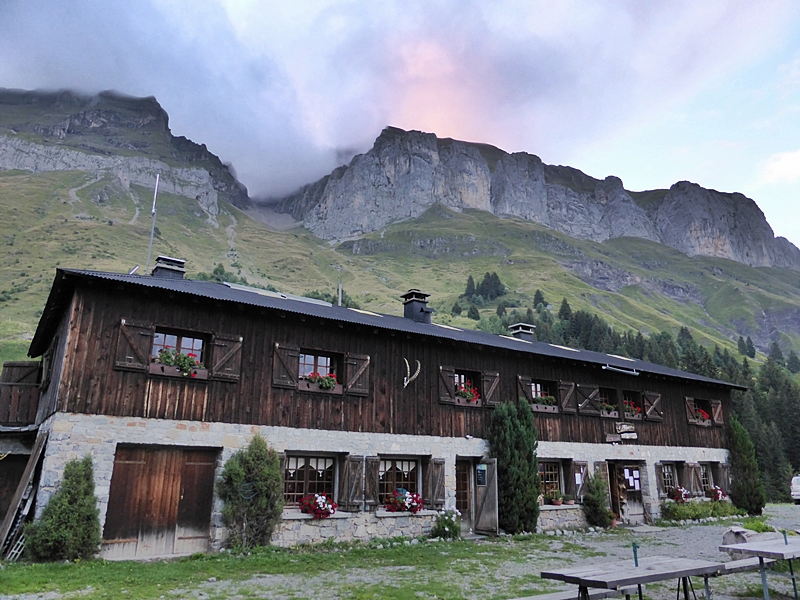 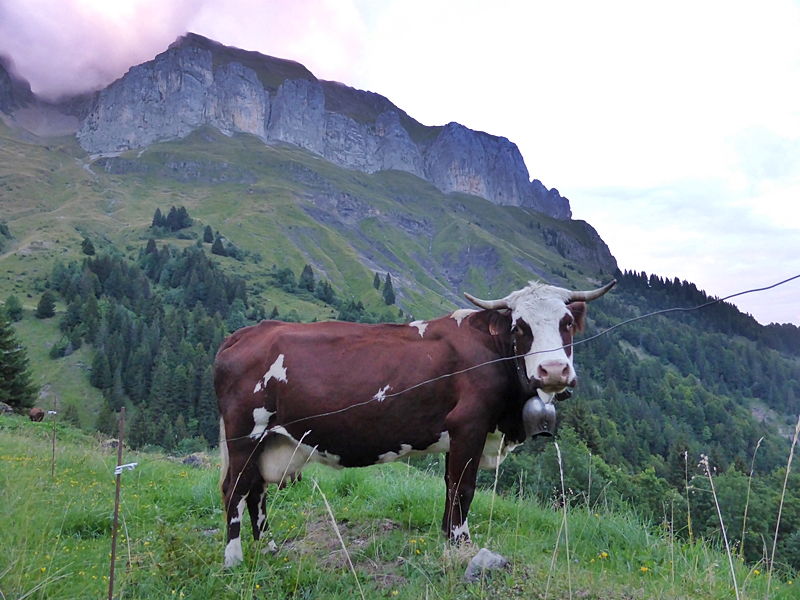 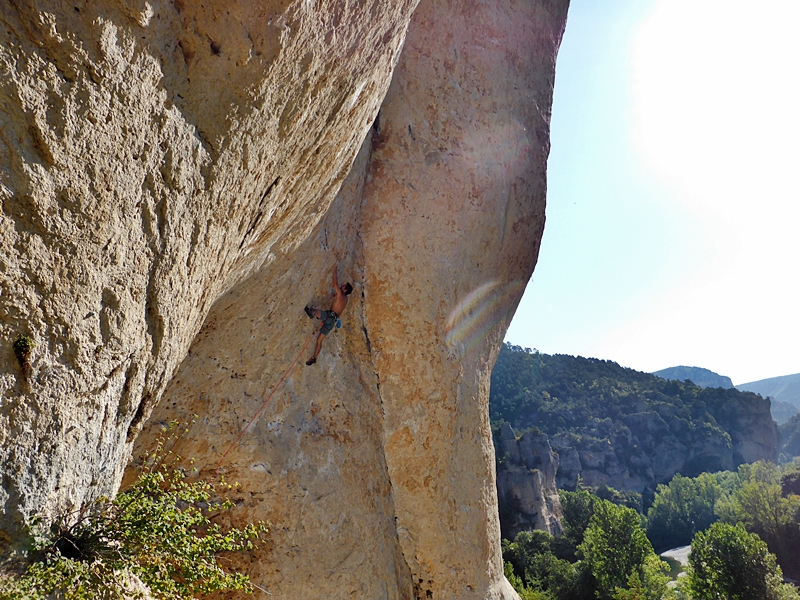 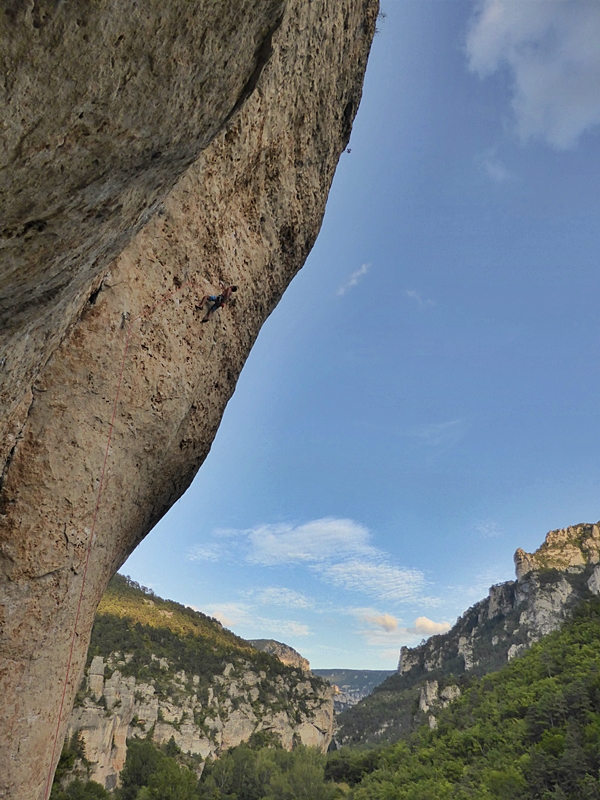 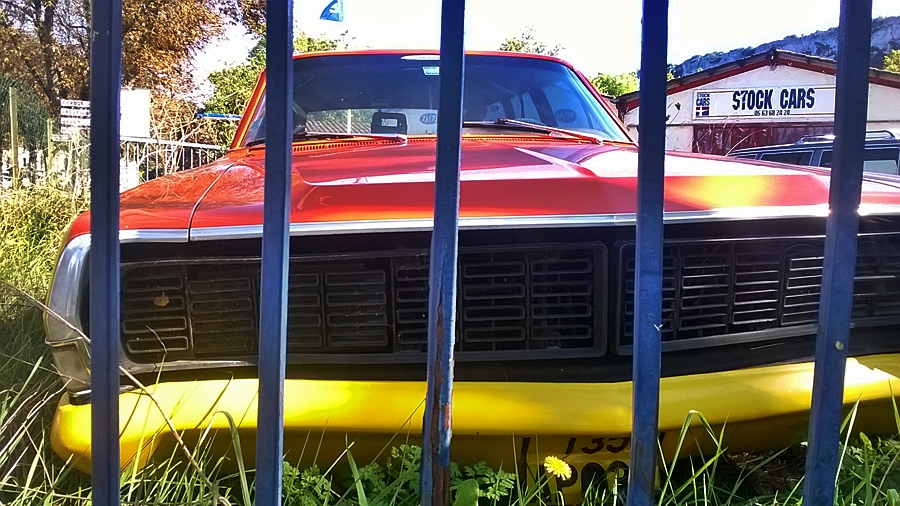 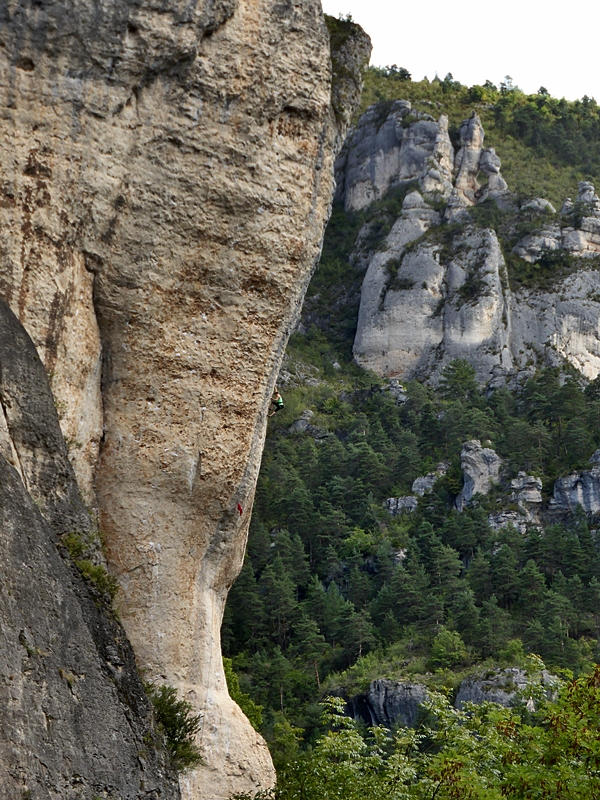 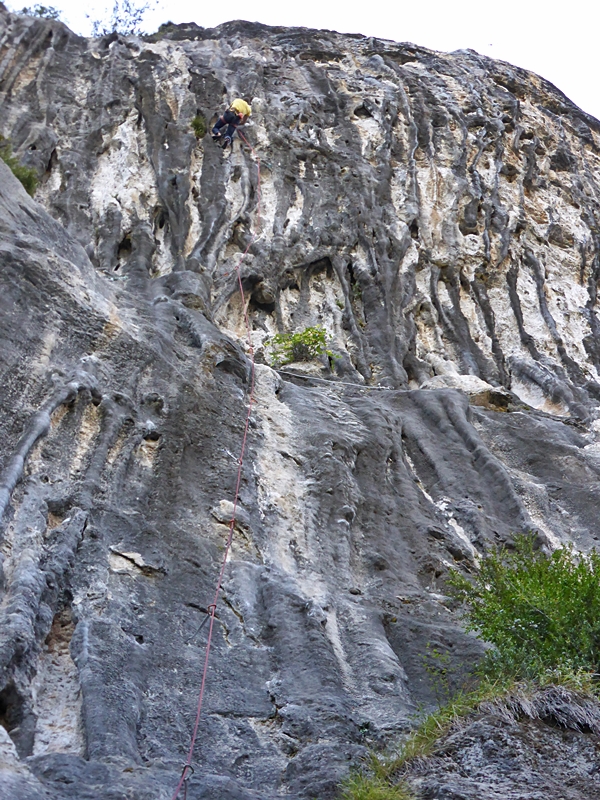 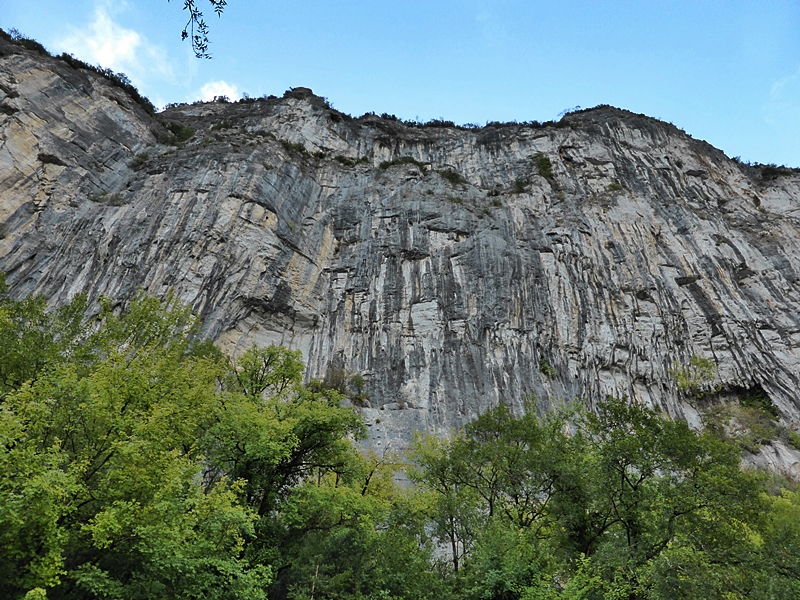