Less rich without you. 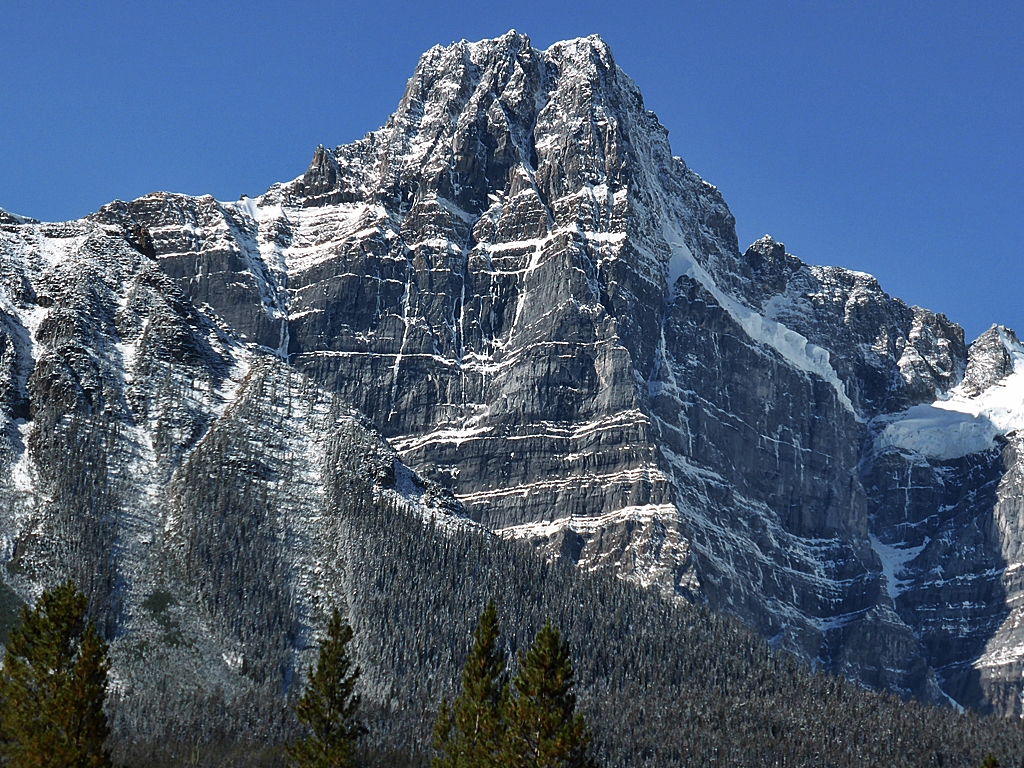 Will sim and I stand in a lay-by at the side of the Icefields Parkway, Alberta, Canada. I point my camera and zoom in on the east face of Howse Peak. The face was not plastered in snow, it was not glittering névé, but what it lacked in white, was made up by strips of coruscating ice.

We were looking at this face, on this mountain, because of a route called M16. M16 was first climbed in 1999 by Barry Blanchard, Scott Backes and Steve House, three climbers who inspired me because their climbs were generally shrouded in mystique and difficulty. Where some had turned their gaze towards the European Alps, I had always been intrigued by North America and the less well-trodden or tried challenges. Though, on writing this, I don’t think I did, not that much anyway, I have climbed a few of North Americas alpine climbs, but that’s it, so I suppose I’m fooling myself, but the dreams were always there, and reading about these climbs inspired me more than others.

As it turned out, when Will and I passed Howse Peak on our return to Canmore, the face looked stripped, so we turned our endeavours elsewhere.

At the moment I’m clipping bolts in Catalunya. I spent the first two weeks in the van with Zylo at Margalef, and now I’m a tad farther north near Tremp, with Rich Kirby. I read about the deaths of Jess Roskelley, David Lama and Hansjörg Auer on my phone; I was sitting in my van eating breakfast, while listening to the call of hoopoes in the valley below. It always comes as a shock to open a news page and see familiar faces in an item, and know immediately they have either done something good or died!

I had not met David Lama, although he was attending the Ouray ice climbing festival in January where I was giving a talk, but I do remember standing on the opposite side of the gorge with my friend Zac, and watching him climb. I was being flippant about where and how he had set a belay at the top of a route, while quietly I was impressed by his confidence and ability, he appeared very much at home. Also, in January, and at Ouray, I met Jess, we chatted one evening at the side of a snowy street in the middle of town, and I had met Hansjörg a few years ago in The Heights pub in Llanberis, and afterwards we had shared a few emails about certain mountains and climbs.

I’m not really sure why I wanted to write about the deaths of these three, because in the last few years there have been so many deaths of people I knew, or people I had met in some capacity. Maybe it was because it was so recently that I had chatted to Jess, and it was only a couple of weeks ago he had asked for my email address from a mutual friend. I can only guess he wanted to ask about the climbing on the north side of Mt Alberta, the mountain that Will Sim and I eventually climbed instead of Howse Peak. Maybe it was because I remember Hansjörg so vividly from the night in the pub and his laugh and all of those teeth, with the large gaps between the teeth, and those dark framed glasses, bigger than my own dark framed glasses.

I find it increasingly difficult to read reports of climber’s death on the internet because the internet appears too immediate and impersonal and throw away. One-minute they are the top of the news item with all the mentions of sadness in the forums, and the next they are gone, pushed down the feed, to be replaced by a new route or an advert for a pair of shoes.

Goodbye Jess, Hansjörg and David, climbing is less rich without you.

2 Responses to Less rich without you.