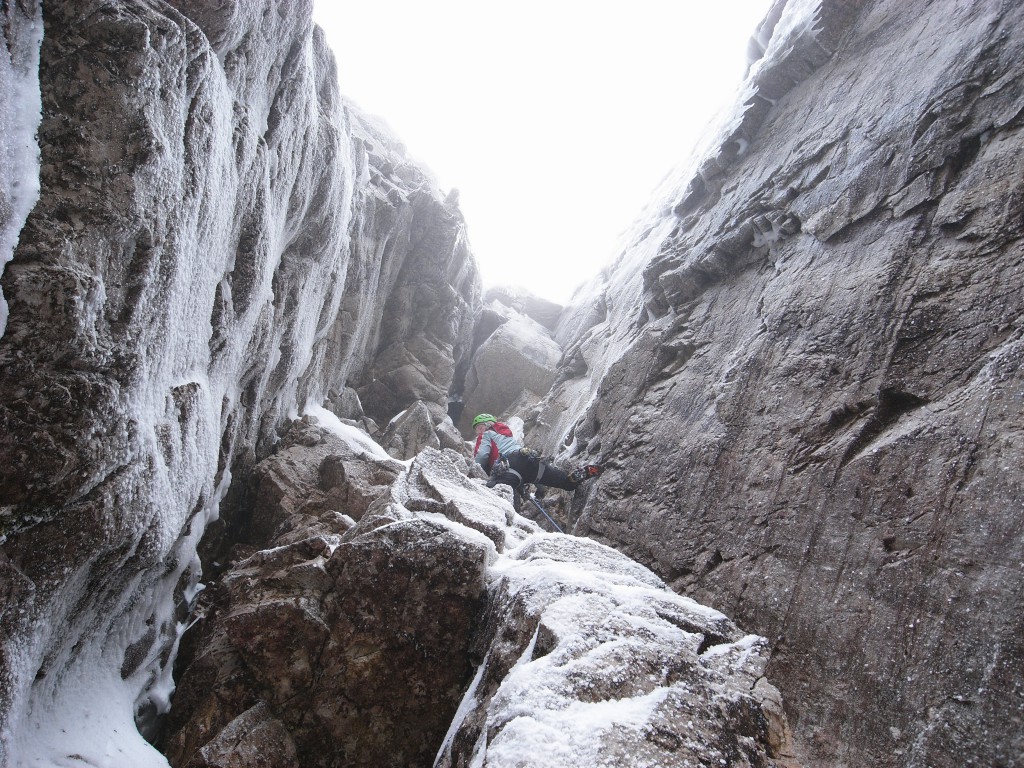 Experiences, adventure, passion and love are vital. And a sense of belonging is vital. But to the general British public climbing is not important. We as climbers swim in bags carried from the fair – on occasion ego’s push against the plastic.

I consider my climbing as personal and at the top of my ability – certainly not cutting edge. However, in the past, on occasions, my upward motion had me thinking I was better than others. I am glad to say, with age and understanding, these feelings have relented. Unfortunately, some of our ‘top-climbers’ in Britain do not appear to have grown up as much as they could have. It seems that to them ‘image’ is most important, even more important than the act of climbing itself.

Life is about lessons. And climbing should be about adventures that enlighten us – at whatever level. There are those who struggle up V-diff’s at Birchens who actually climb far harder, and far more at the edge of their own personnel boundary’s than many slick E grade leaders. As a collective we should support each other. Climbers performing at the cutting edge should be climbing first for the adventure and love of the activity, and secondly to inspire and encourage, and never to intimidate others. Forget the profile, the sponsorship deal and the ego – or at least forget it when touching the rock or kicking into the ice. We should be sponsored so that we can climb, not so that we can boast!

Logo-splattered, sterile and posed pictures in magazines are becoming frequent. They offend me – more and more I find myself questioning motives. Should this matter that much? After all we live in a consumer society. Well, to me it matters a great deal: Gorgeous set-up poses are glamorising and belittling an activity and culture that I hold higher than most other things, an activity that at its core, is dependent on going to the core of yourself and getting away from the shiny surfaces of our sell & buy world.

The internet is an amazing source of information. But I have started to wonder what is motivating what – blog to inspire, or climb to blog? If you are up there climbing with the best, appearing in the magazines, climbing new routes at the top grades, be honest with yourself when you submit the report. That really hard practiced climb you beat into submission – yes, a fine physical achievement, but did you persevere for adventure or was it for upward motion of another type?

Am I just envious? Maybe a twinge, because I know if the climbs on the blogs, in the mags and on the internet are actually climbed for the sheer joy of being out there, for the push to the limit, for finding liberation, for screaming fuck-off to a cotton-wool society, then yes, I’m definitely envious of the emotions, and the experience.

Scottish winter climbing is about adventure – but for how long? Top-roping and pre-inspection is now acceptable when technical limits are pushed, but will this lead to people using the same tactics on climbs of a lower grade? And why shouldn’t they? There are examples to be set, bad examples will be followed. Winter climbing in Britain should be hard, cold, uncomfortable and beautiful: shafts of light cutting through clouds, searing hot-aches, shimmering lochs seen in the distance from a summit, shivering on a belay stance in clouds of spindrift – an unforgettable experience. Winter climbing in Britain should be the domain of people who understand this, it should not be for people who see a glamorous article and then dabble. Elitist? Possibly, but we will read less about rescues and accidents when more of us go out into the hills expecting a fight. Climbing always has been, and in my opinion, should always remain a diverse activity for the minority.

‘British climbers will fall behind in standards if we don’t have the really hard technical bolted climbs of abroad or we only on-sight’…Who cares? British climbing’s long-standing world-wide reputation is based on adventure for adventure’s sake.

We all climb for different reasons, but there are now some reasons for climbing that are suspect. I feel its time to take stock and slow down. Let’s just celebrate inspirational and remarkable at whatever standard. Let’s just reduce the glamorising and the dressing-up. Take Everest – As far as I’m concerned Everest is lost – we should cut it loose so it can float away on its ship of media-madness. Let us cling to what we have left before it’s too late.

Alpinism is the dirty relative of Scottish winter climbing, there are not so many nice shots here, and Super-Alpinism is actually disgustingly messy. No slick set-up-images to be had (hardly worth doing then?). To be involved with Super-Alpinisim the climber has to be prepared to get weak, throw up, get the shits, fight red-tape, bribe officials, spend months away from the gym and be out of contact with everyone. Relationships at home fall apart, you’re bank account haemorrhages and it takes months to regain the grade you rockclimbed at a year before. But succeed or fail, you will have gained more. You will have yak bells ringing in your memory. You will have the early morning wood-smoke hazing the view of the churning river in the valley below. You will have a memory and experience that will last for life.

One Response to Motivations.