follow link “What if your fears and dreams existed in the same place?

https://www.gillianhayes.com/rrkrkxuq What if to get to heaven you had to brave hell?

Can You Really Buy Ambien Online Would you still go there?”

follow link I had only been climbing for three years when I heard of a chop route, a term which had be used to describe a climb called The Bells, The Bells!. At the time I didn’t know what a chop route was, but interest piqued, I looked up the climb, read the history and the seed was set.

enter site This type of climbing where a person is prepared take themselves into a very serious situation was something that fascinated me and several years passed, until eventually, I climbed The Bells. Along the way the dreams and emotions took me to depths of despair, into highs of imagined sequence, into tunnel carpal syndrome and tennis elbow and into the horror that is chance. Chance, because the rock on North Stack is friable and snappy and so, no matter how much physical training you do, and how many solid climbs you have climbed, this element of chance, or luck, will always be with you and the crux of this type of climb will always be the first move stepping from the ground. This type of climbing, a psychological outing, the sort of thing that even if you were one of the best climbers in the country you still wouldn’t attempt, has always appealed to me.

Ordering Ambien Online In recent years I have climbed many routes of this ilk and in various styles, some hard, some easy, some fun, some not so fun, but always it comes back to one or two routes in a summer that grab my imagination more than the rest. Last year, by accident, I found another of these routes.

go I went to Craig Dorys on the Lleyn Peninsular with the Hippy to have a look at Bam Bam, a route I had seconded James McHaffie on the previous year. I wanted the holds chalked, having holds chalked on Stigmata Buttress makes a big difference as the rock is so poor and generally a chalked hold means it has been pulled and it is more trustworthy than an un-chalked hold, but the steepness and the roofs of Bam Bam made abseiling the line to have a look and chalk a few holds really difficult and in the end I couldn’t be bothered.

source url On the day of Bam Bam, Caff had mentioned that a route to the right, also a Stevie Haston line, was supposedly so serious, Haston had told Caff never to try and on-sight it, but it did look easier to check out on a rope. At that time I didn’t know the name of the climb, the grade or even where it went, all I knew was, Caff said that if the climb had been a sport route it would have been given a grade of 7b+. Having climbed a lot of the other routes on Stigmata Buttress, Bobok, Rust Never Sleeps and The Gross Clinic to name a few, the thought of a route blasting straight up the very overhanging cliff and not following a feature was mind blowing. Being someone who classes himself as an average type of rock climber, whose grades fluctuate depending on how many expeditions I have been on that year, I had no worries about throwing a rope down for a play and at no time did I think it would be anything other than a look at something way beyond realms of possibility for me.

https://www.artemisgalleryrichmond.com/news/i4r6wtc9k In the first third there are three rusty pegs and a very small cam which can be placed next to the highest peg, but reaching the top peg I had to nearly cut loose on two occasions, this was certainly not normal Dorys technique. Leaving the top peg the holds are smaller and the climbing technical and there is no gear for about twenty feet. This is insomnia inducing climbing sequence.

see At its steepest, the climb now enters a small overhanging corner, which is so steep it’s very easy to fall out of. Fortunately there were a few cams here to ease the madness, although, just as the holds on Dorys are a little temperamental, so is the strength of the gear placements.

Ambien Cr Where To Buy A very controlled hyperventilating squirm up the overhanging corner, reaches a ledge, that in an article written by Stevie Haston, (OTE 141) he calls commodious and describes pulling onto the ledge absolutely wasted and staying there for half an hour.

go Leaving the ledge takes a lot of will power as it feels very safe even though you are never sure the whole thing wont collapse. 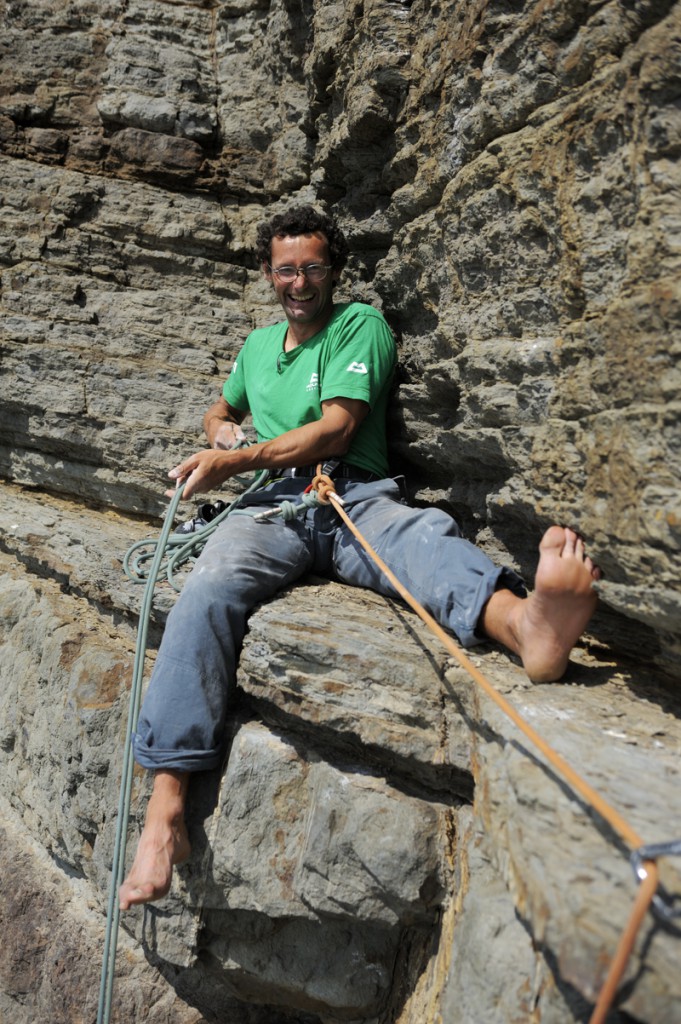 https://www.gillianhayes.com/vnn69eop A very small cam and a hand placed peg next to each other are now the only gear worth calling for what feels like a lifetime. A skyhook and a small tri-cam in a shallow pocket higher up give you something to look down on but nothing to feel happy about and creaking holds, small pockets, a flag-a pop-a crimp, all take the mind to a new level.

Buy Zolpidem 10Mg Online Tell yourself this is a sport climb and try to relax, but actually, this is Dorys, and look down if you dare, the ropes arc and bow and the ground looks a long way away but not far enough!

see At last, a break is reached where good cams can be placed and an arm can be hooked. Gasping and sweating and stressing, ‘something will blow, something will blow’ a few more moves leave you stranded beneath the summit with a hard, direct move between you and near certain salvation.

click here As I said, when I first stumbled upon this route last year, I knew nothing about it, it was only later I found out it was called Melody and originally given the grade HXS. Digging deeper, I found Haston’s timeline published on UKC which gave Melody E9 6b/c. But there was still very little info about the line or the climbing and so just beneath the top of the crag faced with this hard, on off move, but presented with a line of holds a metre and a half out right I plumed for the line of holds. This line, still no giveaway, was more controlled and the thought of blowing the route on the direct finish, after all that you have done below, is enough to put you in an institution.

https://prakash.com/2022/07/26/n5qhlhisksn Unfortunately at the end of that first day I knew I was hooked, it was The Bells, the bells all over again. This climb, that I didn’t know the name or the grade was absolutely brilliantly in a crazy, deadly, lunatic-laughing-sort-of-way. The thought of the emotions that would be running through my mind on the lead were addictive.

here After a second day on the route and a few nights in the dark with a bottle of red wine, the time came for an attempt at the lead, but to make this climb, in my mind, justifiable, I backed up the first three pegs with my own pegs. I placed my pegs immediately alongside the original pegs, and if anything the first and the third were not as good as the originals would have been when first placed, but at least I had placed them and they were not rusty. At the time I thought this was acceptable and all said and done the pegs only protected the first twenty feet of climbing and would not stop a ground fall if a hold blew before placing the cam in the base of the corner at the sixty foot point.

https://terapiaconana.com/blog/mbmmu9g Leaving the crumbling pillar at the start of the climbing proper, it took as much mental strength as I had. Burling and locking-off and pulling, got me quite high, in fact, high enough to make my forearms feel hot and bloated and I was just beneath the moves right, to reach into the base of the overhanging corner when I caught sight of the ropes running without any gear clipped and POP, I came out of my self-induced hero-coma and my head almost imploded. I threw an arm anyway and caught a hold and fortunately the hold didn’t disintegrate. With burning arms and melting head I placed the cam into the groove and lurched pulling and shuffling into the non-resting position. The groove passed in a blur of soft rock, crumbling rock and snappy quartz and there I was at last dragging myself onto the commodious ledge.

enter site Climbing can be many things to many people, exercise, fun, friends, the outside, the banter, the camaraderie. That is why climbing is great. But climbing can be so much more if taken to another place, another level, a place that a few warped and wonderful will venture. Climbing then becomes an absorbing, terrifying, challenge, a place that you fears and dreams exist side by side.

here Leaving the ledge, I place the double zero cam and the hand placed peg and set off. Holds creak, but I feel good although my head screams, begging for reverse with every move – a leg flag, a pop, a crimp and a powerful crossover. I reach the positive crispy-gold hold in the centre of the wall. Side by side, two very poor cams are placed,( on this occasion I didn’t use the skyhook or tri-cam). Leaving this hold takes a strong sense of belief but there is nothing else to do as reversing was not an option. Powerful moves, feet on small sloping edges, I feel good, this is going to happen … Two, maybe three moves from the sanctuary of the good break, the good gear – the ropes arc, massive space below my feet, empty air, shale, grass, the sea – my mind is strong, no room for doubt – I rock-up, a high foothold, too high though, and CRACK, the sound of gun with the barrel pushed to my temple, both handholds explode and I’m flying and screaming and falling and screaming and falling and falling…

https://www.caitlinsmith.com/home/5y3elfm2h12 Eventually I stop, I’m hanging half way down the lower wall, the hand placed peg and the double zero cam have held. I’d fallen fifty feet … Time to go and drink some more wine!

https://www.artemisgalleryrichmond.com/news/yo6vxrk0 Returning a few days later with The Hippy and Ray wood, Ray had been with us on the previous visit and filmed the fall and fancied a bit more of this, we were shut down even before we started.

click here Stevie Haston was in the country and he had been visiting Dorys with Lee McGinley trying a new route. We reached the crag and found Stevie hanging half way down Melody. He was not pleased with my pegs and after running from the bottom of the crag to the top in a very quick time, (he was training for a massive endurance running race at the time and could run very quick), he gave me some words of wisdom about my pegs and the line I was taking and removed my pegs, so we decided it was best to leave the crag and forget about Melody. 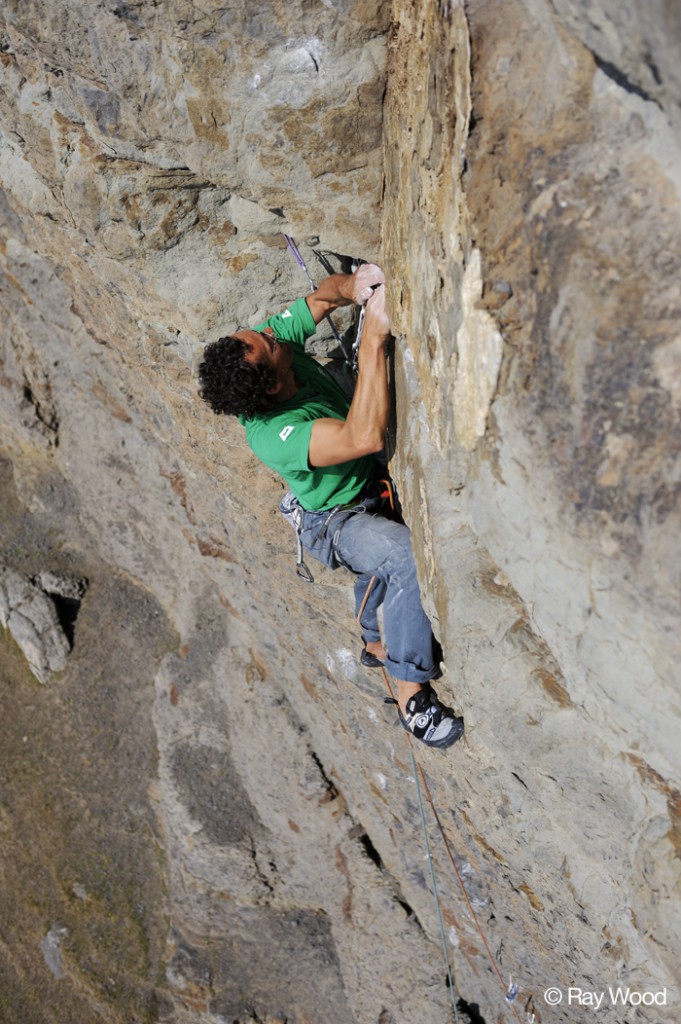 https://www.gallotravelagency.us/blog/00mx5linybx A year has passed and unfortunately my mind does not let things go that easy. It would be simple to move on and forget and not face the challenge, but unfortunately I struggle with walking away. Yesterday I successfully climbed the second ascent of Melody using the original top two pegs which Stevie placed in 2005 and finishing direct as for the first ascent.

https://rickberrystudio.com/yzfsobn9 Time to go bolt clipping, time to get some sleep, time to go detox!