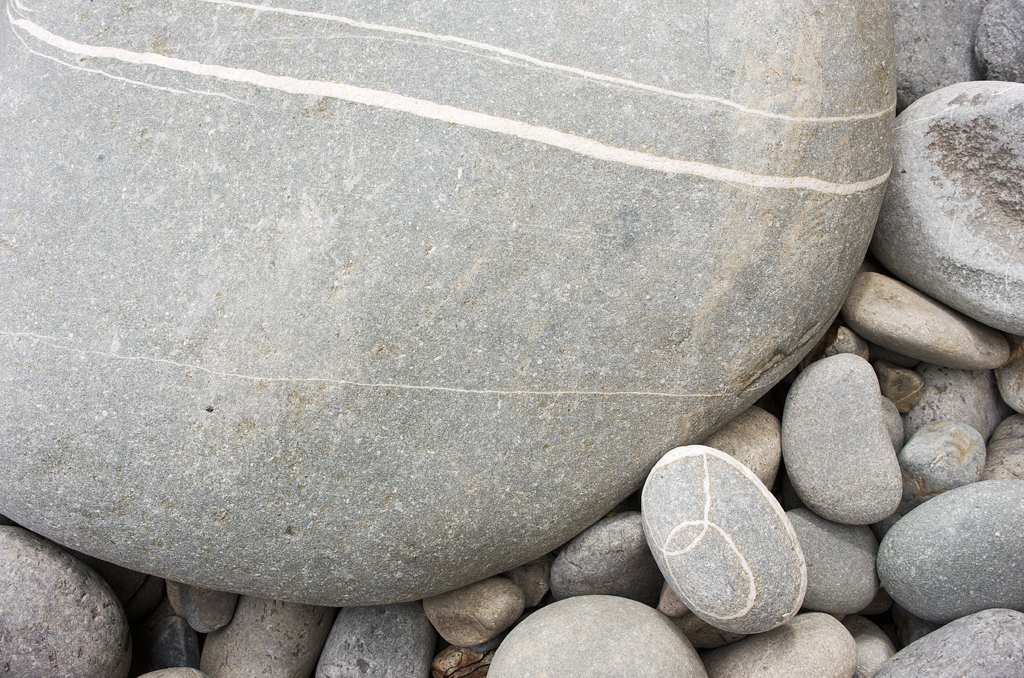 The waves roll … in sets. They roll, rumbling the smooth grey pebble boulders. Thin quartz rings circle the pebble-boulders’ circumferences. Craig Dorys, a crumbling sea crag washed up on the Lleyn Peninsular offers hope to the traveller in search of more…

… than just a number.

The sun’s heat cracks the earth. Rusty barbs and wool-wrapped netting held-up by old wooden posts creak in the wind. Clay bands between crumble-rock are sticky. The sun moves and warms the cliff. Joyous with the return of the sun the rock lightens and the clay turns dust and the dust catches in the breeze and in the breeze the dust finds freedom.

Leaving, he decides on an early start for tomorrow.

Driving away from the farm the squashed fox in the hedgerow floods the car with its pungent rotting musk. This will be another night alone with only images and emotions for comfort, but that’s OK. There have been many nights and a hundred training runs, a thousand jogged steps, a thousand setting suns and two thousand tides since starting on this road. The grey pebble boulders have become a little smaller with the brush of the sea and the thin quartz rings have become a little more polished. One more night is fine.

But why did he start? But he knows why. But how far is far enough? And how far is … too late?

I look through the eyes of another.

Sun haze, blurred coastline. St Davids in the distance across the shimmering …

[A work in progress, just something different to keep me going in between writing a book and putting together a powerpoint presentation for Kendal.]

One Response to Looking Through Another’s Eyes.