The Best Day of Their Life. 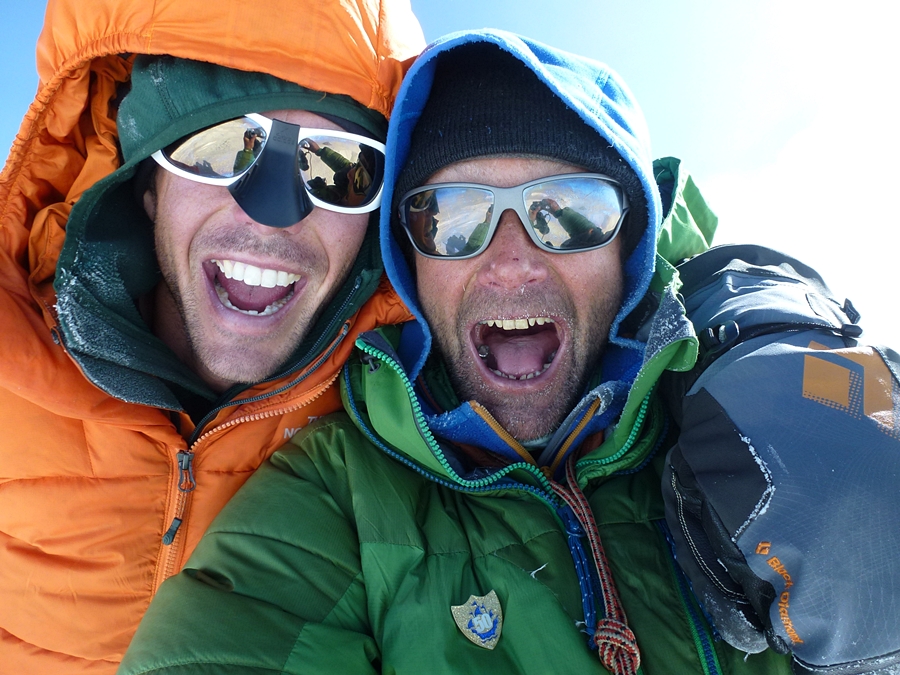 On the summit of Denali after climbing The Slovak. One of the best moments of my life. Nick Bullock.

Recently, while listening to the news on radio 4, a report piqued my interest. The broadcaster was playing an interview she had introduced by saying ‘Not everyone was happy about the Olympic Games.’

“The Olympics is a waste of money.” One man said.

I focused on this comment more than the others because on the run up to the opening ceremony of the 2012 games I shared a similar thought. Britain, in my opinion, has become land of those with and land of those without and the gap between the two appears as big as Yosemite Valley. As usual the politicians are telling those without, to tighten belts; be frugal.

When the Olympics started I found it quite ironic the National Health Service played a big part of the opening ceremony – I couldn’t help wonder if the money that had been spent on the Olympics was invested into the health service, what a difference it could make to relieve some of the deficit and help the people who need treatment.

The Olympic stand is a tremendous building, it’s bright and shiny and spectacular, but it must have been like a taunt, erected so near a rundown council estate where people live in poverty. I couldn’t get the image out of my mind of living in one of the flats, struggling to feed my family and looking from the window to watch millions of pounds being lavished on this building.

As a mountaineer I have been fortunate to go on expeditions to the greater ranges every year for nearly twenty years. I have received money from several grant bodies including the BMC. The cash available from the BMC came from The Sports Council, but when Britain won the bid for the Olympics, The Sports Council withdrew funding from the BMC to fund the Olympics. I felt a little hard done to, why was my choice of activity less worthy?

I’m a fan of cycling, especially the Tour de France, so after Bradley Wiggings won The Tour and Mark Cavendish, David Millar and Chris Froome won stages in The Tour, I was interested to see how they fared in the Olympics.

Wiggins stormed the time trial winning gold. I was so chuffed for him, a more down to earth, devoted guy I don’t think you can find. I then turned to watching cycling in the velodrome. British cyclists dominated. It was obvious with lottery funding, support and coaching and a massive amount of dedication, great things could and did happen. Watching the British cycling success made me feel humble knowing how much time and effort the people involved had given and when they were interviewed it was heart-warming to see their joy and pride and relief.

I turned to athletics – sitting in front of the box on what became known as Super Saturday I didn’t know what was about to unfold and as the evening progressed I became more and more involved. I watched Jess Ennis win the heptathlon. What an achievement for such a ‘normal’ working class woman who has given and dedicated so much for her sport. A massive smile and tears told everything. I connected, I knew what it was like to risk and sacrifice and suffer. I watched Greg Rutherford, a gangly red-head who I had never heard of. He stirred the crowd by swinging his arms and clapping before winning the long-jump. I discovered Rutherford had had his troubles – lack of motivation through serious injury had held him back – but here he was a fighter who had decided, ‘I am good enough, I will do this – this is what I want.’ His determination, coming back from injury is admirable – proof, that if you want something bad enough it can happen. 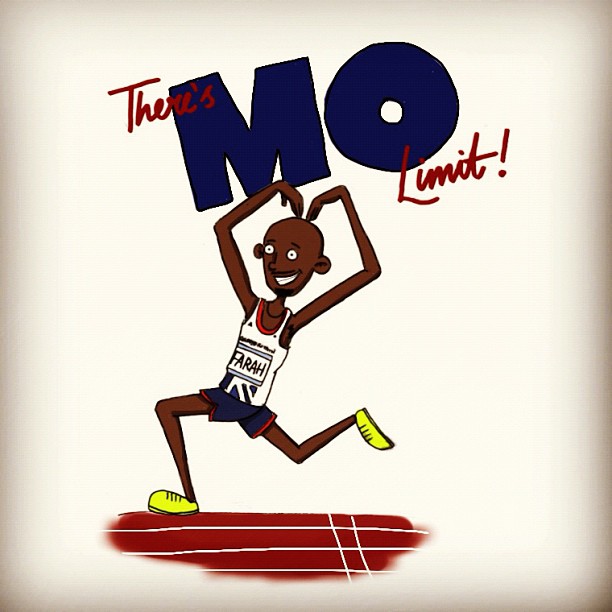 Inspiration for the ‘normal’

The highlight of the evening though was watching Mo Farah, an unassuming Black Muslim guy who had grown up in Somalia until he was eight when he left to live in Britain. (Wish I was a fly on the wall of the Daily Mail offices when this unfolded, “Erm, we have a problem.”) I sat on the sofa bouncing and screaming as Mo, (I felt I could now call him by his first name as I had known him all of ten minutes) sprinted the final corner of the track – he was in the lead, sweating, fighting-off the opposition, eyes as big as Pond Lilly leaves, dwarfing his gaunt face – breathing, sweating, fighting… Crossing the line first, he must have heard my scream even though I sat on a sofa in North Wales, he had won the 10 000 metre race. What guts and effort from all of the competitors, but Farah’s quiet and almost serene demeanour had made him my favourite. He was a fighter, one of life’s survivors.

Yesterday was the final day of the Olympics and over the past seventeen days my opinion and emotion about the event has been up and down as much as Tom Daley in the diving competition. What a great achievement for any person, no matter what nationality, to dedicate so much time and effort into becoming skilled and fit enough to be selected for the Olympics – what a feeling this must be for the individual. I can only relate it to standing on Denali’s summit after climbing a route I had dreamed for so long, The Slovak Direct – it made the running, circuits and years of training worth the effort. Several times while watching the TV I heard, “This is the best moment of my life.” And as someone who has trained hard for my chosen activity, watching and seeing these people, knowing how much they had given is humbling. Who can complain about that? Well Rupert Sawyer can here

Sawyer actually makes some interesting points that I agree, although his acerbic style makes me feel ill. I suspect he has lived a life without feeling passionate about anything. He says that British athletes do not give value for money. I would disagree.

The way I see it is many of us are born and grow up to live a certain life – follow an expected path. Unfortunately this path for the less fortunate, less privileged, is something similar to Neo, the character played by Keanu Reeves in The Matrix, who is kept alive in a glass jar to give the intelligent machines a source of bioelectrical energy, or in real terms, those of us who are brought up (it could be called brainwashed) to believe we were born to do manual work to keep society afloat which in turn supports the privileged – before we are drained of power or in real terms, die. If by watching and being inspired by Ennis, Farah, Wiggins, Ainslie or Hoy, some kids, or even adults realise they can break that glass jar and pull out that controlling cable plugged into their brain and live a life less ordinary, well, in my opinion every penny paid to athletes is worth it and if Rupert Sawyer can’t see this maybe it’s because he didn’t grow up to be a battery.

The ‘normal’ folk of Britain deserve something to make them feel good about living in double dip Britain, but let’s hope, like eating chocolate, we don’t have a sugar low as real life, post Olympic euphoria kicks in.

I now don’t mind losing funding for my expeditions from the Sports Council, mountaineers in Britain have grants such as The MEF, The BMC, The Mark Clifford, The Nick Estcourt Award, The Chris Walker Memorial Trust, The Shipton/Tilman Award, The Alpine Club Grant, and the Welsh Sports Council – we are very fortunate. (links to these grant bodies are in the friends link on this blog) I suppose my only wish is we remember that there is a country outside the Olympics which is in dire need of similar support and maybe if some of the banks, supermarkets, oil industry and businesses who make billions and billions of pounds profit each year could only see a way to share some of their wealth and put it into events like the Olympics, then money from tax could be used for things where it will help everyone – the sports people, the people on the NHS waiting lists, the unemployed, the people in poverty, the homeless, the abused, the untrained and the mentally ill. Then with this extra support maybe more people could become gold medallists in their own right and getting that job, having that operation, sleeping in that bed, eating that meal will be the best day of their life.

10 Responses to The Best Day of Their Life.