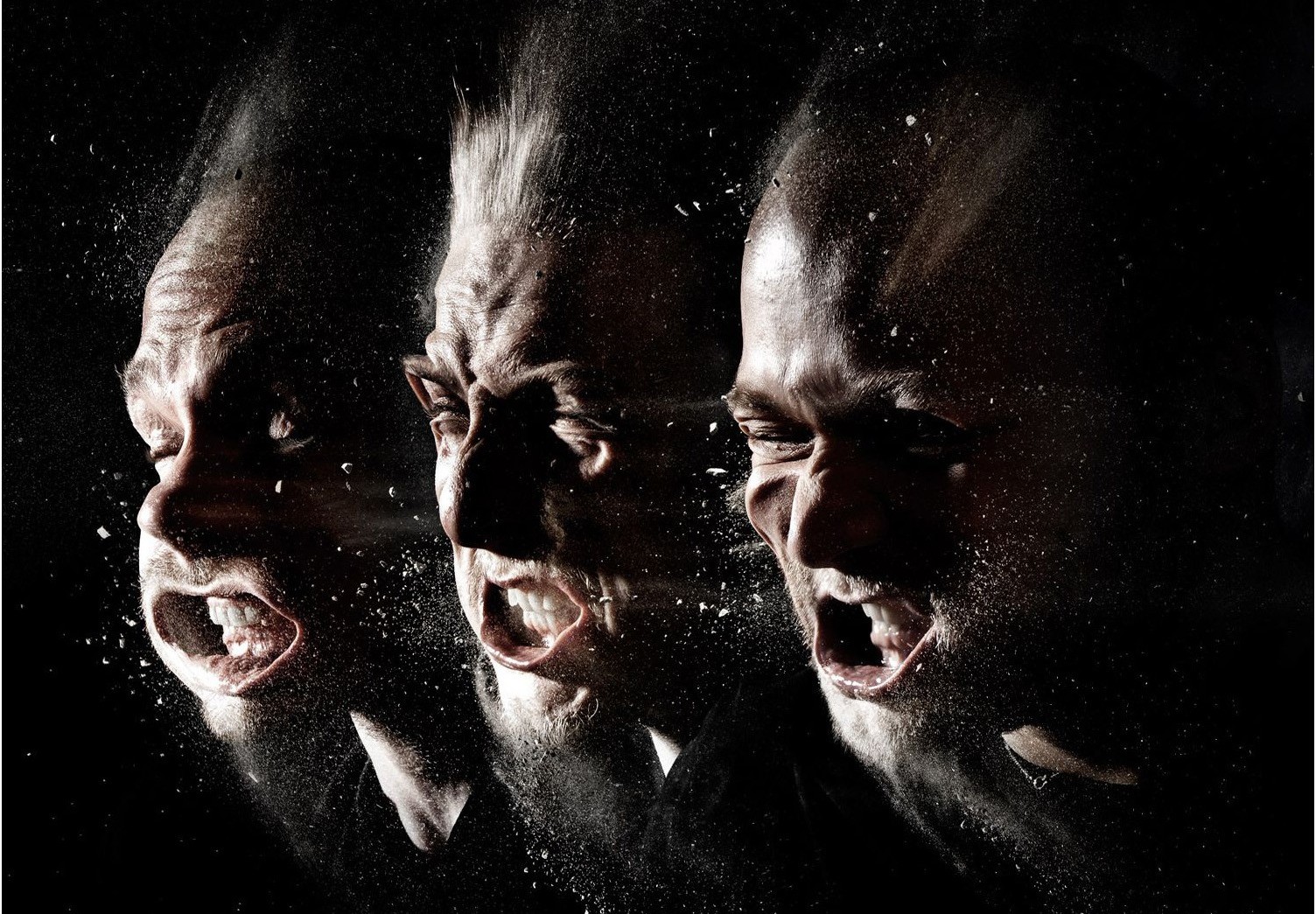 Peter Beaumont’s article written for The Guardian website last weekend about climbing supremo Adam Ondra is well worth a read. It does open with one of my pet-hates, the word ‘conquering’ when related to climbing, but I suppose in this case it can be justified, Ondra does appear to slay all he attempts, although this still makes me ask the question can a piece of rock really be slayed or conquered?

Anyway, it’s not Beaumont’s article that is the thrust of this piece, it is, as usual, the comments following the piece that grabbed me and in particular, it was one comment by someone, who – also usual for this type of thing – prefers to hide behind a pseudonym, SquidwardTenticles. Given the strength of their comment, this hiding their true identity surprises me, as their passion in hating something – something which is very close to my heart and something that has become my life – is obvious, so you would think someone with such strong views would also be strong enough to be open with their identity?

The comment by SquidwardTenticles has received quite a comprehensive and well thought out reply from someone else who also uses a pseudonym, onefatankle, but there are several points which, for me, are worth exploring and reiterating,

“Firstly, this ‘ethic’ is a form of elitism designed to deter ‘the masses’ from climbing. This is directly related to the limited amount of accessible, climbable rock in the UK, with many climbers fretting about the way once popular areas, such as the limestone of Stoney Middleton in the Peak district, have become so polished by use that they are now like glass. The situation is rather different in a country such as France which has so much more climbable rock that few feel precious about the placement of protective bolts and a generally more egalitarian ethos sees climbing as been the ideal sport for all, including schoolkids and women.” SquidwardTenticles.

This ‘ethic’ as described above by SquidwardTenticles was not designed, to deter the masses, it was ‘designed’ or more correctly, invented, I think, by pioneers of rock climbing through the necessity to protect rock climbs by the placing of gear in the natural weakness of the rock. Rock climbing for a hobby/activity began in Britain before the invention of the bolt and as climbs became more technically difficult, the need to protect the climber increased. Natural protection of rock climbs in the UK has never been to limit the number of people, in fact the increase of people who climb outdoors proves this and it certainly has not limited the inclusion of children or women and to suggest as much is preposterous.

The situation as SquidwardTenticles points out correctly is quite different in France but I’m pretty sure that this was not brought about by a less precious feeling for the rock but more from the later development of rock climbing and at a time when bolts existed. It was also brought about by the drive of climbers to safely be able to practice and increase the technical difficulty of individual moves of rock climbs on the predominant rock type in France, limestone, which by its nature is very difficult to protect using natural gear placements.

Recently there has been an interesting development, well interesting to me anyway, that some bolt protected climbs in Europe have now been led by climbers of that country on natural gear. This was no-doubt done for various reasons, but maybe it was also done to experience what is was like to hang-in and have the skill, strength, courage and commitment to protect the climb with natural, less certain protection, which definitely adds another more psychological element to rock climbing.

It is this psychological element that I would not expect many people in today’s health and safety, cotton wool society to understand, but it is this element that is the main reason I, and many people like me prefer to rock climb in Britain or on traditionally protected climbs abroad. SquidwardTenticles actually does understand the feeling of what it is like to lead a traditionally protected climb as they said, at one time in their life they bought into the trad thing, but obviously they discovered that the historically chosen and preferred way to rock climb by the majority in the UK is not for them. Is this what caused this attack? Is this person someone who struggles with their lack of ability to commit and finds it difficult to accept?

“As a ‘climber’ I too was once guilty of buying into the macho crap that dominates the UK climbing scene. Today I think that the following, written by one Sally Haycock and published in issue 111 of On the Edge magazine is much closer to the truth than most climbers would like to admit.”  SquidwardTenticles.

‘Climbers aren’t happy, and they certainly aren’t normal… I know it for a fact. You are all maladjusted weirdoes… You tell everyone you’re risk takers, adrenaline athletes, vertical ballerinas. Quest-seekers, the last great adventurers in a technological age. Meanwhile you come to blows over arbitrary, illogical, irrelevant ethics fervently praying that the real world blows over and leaves you alone. I really did make an effort: I went climbing a few times… But the effort can’t all be one way – how many times can you watch ‘Hard Grit’ without thinking ‘what a complete waste of time’. Sally Haycock

There is certainly a small amount of ‘macho crap’ involved within climbing I will admit, but I would also guess this misunderstanding of what rock climbing is really about is often displayed by the inexperienced, un – rock climbing – educated, ignorant and in-it-for-the-wrong-reason type. To be brutally honest, many people including myself, when first encountering rock climbing and mountaineering possibly do and did share the ignorant belief that climbing was about being hard and brave, but given time and understanding and experience this passes and the actual deeper more truthful, satisfying and life enhancing reasons to engage in British traditional rock climbing become apparent.

Pushing ones mental barriers is for me the most satisfying thing about climbing in the UK and for this reason alone, I think it is worth the time and effort to write this reply to someone who obviously only wants the physical aspects of climbing and is not prepared to see this is what makes British climbing extremely special and different than climbing at a wall or safely moving up a piece of rock that requires little courage or mental strength or psychological training.

Why does climbing continue to generate people who cry of elitism – people who appear to think it is their right to climb a piece of rock or a mountain they are not capable of climbing and then when they fail or give up because it is too difficult they scream of elitism?

In the On the Edge quote above by Sally Haycock and commented on in SquidwardTenticles reply, Haycock says, ‘Climbers aren’t happy, they certainly aren’t normal I know it for a fact. You are all maladjusted weirdos.’ Wow, what a massive generalisation, many of my friends are exceptionally happy and well-adjusted people, climbing, for them, has given a positive approach to many aspects of their lives. Climbers are just people, climbing does not make people maladjusted weirdo’s. Certainly there are climbers who are not ‘normal’ but I would suggest that to have this very cynical attitude is not normal in itself and to call people ‘maladjusted weirdo’s is showing a distinct lack of understanding and consideration. In life there are not many people who actually are ‘normal’. Writers, poets, cyclists, actors, news presenters, people who suffer with depression, doctors, scientists, artists, marathon runners, Olympic athletes, professional gamblers, fishermen/women, Kayakers, deep sea divers, surfers, base jumpers, skiers, alcoholics, drug addicts, obese people, inmates, city workers, refuse collectors, firemen/women, policemen/women, people who commute every day, bankers, footballers, people who continue to live life unhappy … What is ‘normal’ ?

“Many routes can be climbed without even causing the damage caused by the placement of cams and nuts if a top rope is set up, but this practice is probably the most hated in British climbing, again largely because it makes climbing so accessible to all those unwilling to risk death or injury.” SquidwardTenticles.

Actually top roping is not the most hated form of climbing in the UK, (Who actually goes around thinking there is a sliding scale of the most hated forms of climbing?) top roping is accepted on any climb anyone wants to place a top rope, what needs to be understood though is repeatedly top roping a climb does cause damage especially if climbed all day long by a large group of beginners who are often not good on their feet. A climb top roped in this fashion by a group on a section of rock more suited to this type of thing is no cause for concern at all, nor is a climb that someone wants to practice before leading, or a climb used for the odd spot of training, but what it does not address is the psychological essence of crossing the boundaries in a person’s mind.

Leading a climb, on-sight or ground-up does address this issue and forms the very basis of what, I think, climbing is about and in doing so brings about a massive feeling of self-worth, success and personal achievement for the individual. If this is wrong and not healthy I will readily admit I am not ‘normal’, not normal the same as any student who feels success and self-worth and personal achievement after passing an exam, after sitting through hours of lessons, having spent hours of learning and revision, or a musician who can play a piece of music without a single mistake after hours and hours of practice.

The final paragraph from SquidwardTenticles is possibly the most telling – this person has obviously had a really bad experience and is now unable to reflect, digest, be honest with themselves and be open minded – maybe it is too painful to actually look at their own faults and it is easier to go on this ignorant crusade.

“Because at the end of the day climbing, like running or swimming, is a physical activity that can be practised and performed. It is not a noble art giving the artist enlightenment and superiority over other mortals. It is a hobby. Why can you not see that?”

I think most climbers can see climbing for what it is and what it means for the individual – something that may be very different for each individual. This attack by SquidwardTenticles has proven that it is they that are ignorant and selfish, or maybe just scared, maybe they are the one suffering with what they accuse climbers.

Yes climbing is an activity but it is certainly not purely activity, training, exercise, something to do to lose weight. Climbing reaches so deep that ‘normal’ people will make their lives revolve around climbing, they will live in areas near rocks and the mountains, they will holiday, take sabbaticals, structure lives, structure careers, write about and yes, even complain about it on national newspaper websites, this is the power and the strength of climbing, something that is more than just an activity and a hobby for many.