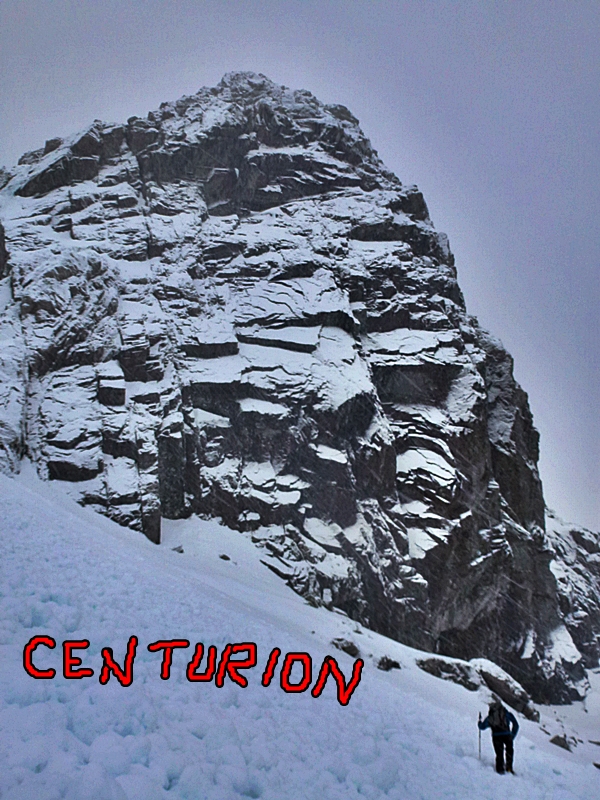 Climbing in Scotland – especially in Scotland this winter –  it is something similar to being Keanu Reeves in the film The Matrix – you have to believe to be able to make that leap of faith.

My alarm shouted at 4.30 am as the beads of condensation dripped from the roof of the van. The rain had been playing a thrash metal beat for the whole of the night.

I breakfasted and left the CC hut at Roy Bridge. The rain continued and if I had been up on thrash metal it may have been Slayer, but I’m not so who knows!

I met Keith Ball who was also in a van but a van I could have parked my van inside with enough space left to have a concert. “What’d you reckon?” I was certainly looking for a way-out, in the words of some female crooner, which I also have limited knowledge so I can’t name, but Keith being of stronger, Plas y Brenan, out in all-weather stock, wittered on about it not being so bad and made me question my drive. “OK, let’s head to the dam, but I’m telling you now, if it’s raining I’m not walking.”

At the dam it was raining. “OK, I’ll put on my boots and if it’s raining I’m not walking.”

Head down, head torch on, the rain pattered against my hood, “OK, if it’s raining at the CIC, we turn around, I’m not climbing.”

The snow, driven by the wind, caught in the lee of the sastrugi and hissed and sloughed. “OK if it’s still this grim at the CIC I’m turning around.”

Keith and I stepped into the dark damp of the CIC entrance, into the quiet, an escape from the maelstrom of driving snow outside. The snow was being blown so hard, I wondered if it was being test driven by Jeremy Clarkson.

“Keith, this is shit, we should save ourselves for a big push, we should re-group, re-think, re-do anything – going out there in that, is utter madness.”

But then after some smaller climbs were mentioned the word Centurion entered into the conversation and in an instant the snow stopped, the damp stopped being so damp, and the world turned into a lovely friendly place.  And in my ear, Don Whillans whispered ‘You need to man up and get on with it… ‘ 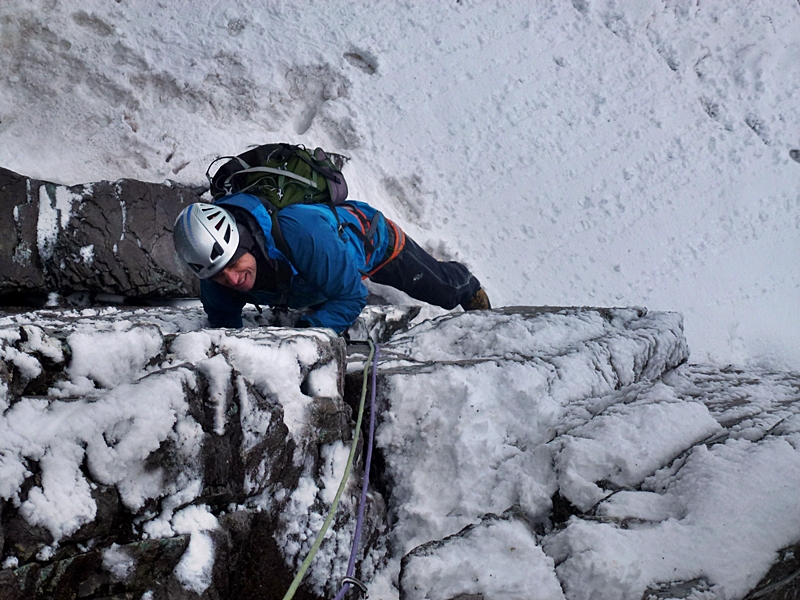 Keith Ball on the first pitch of Centurion. 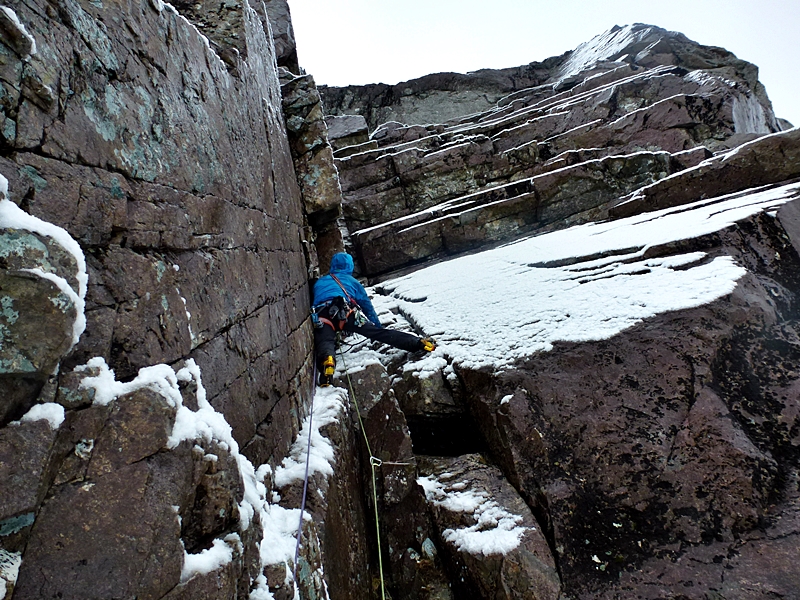 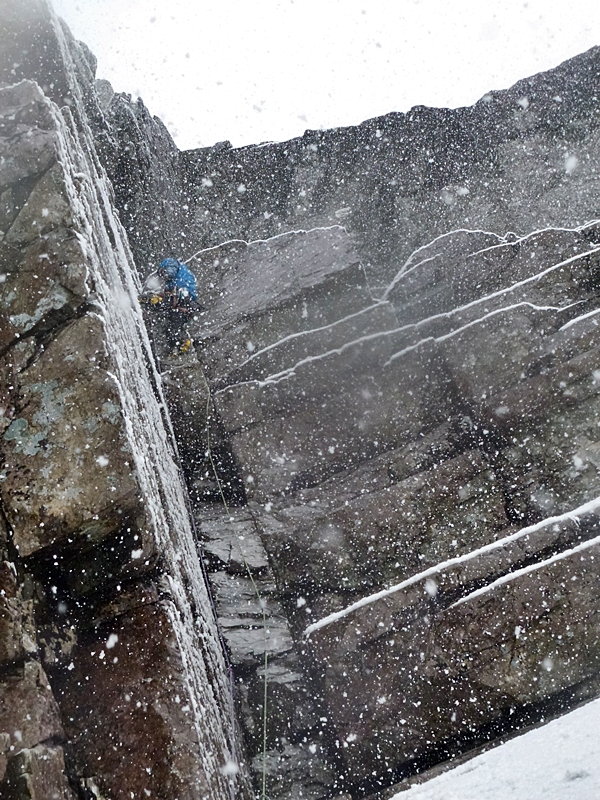 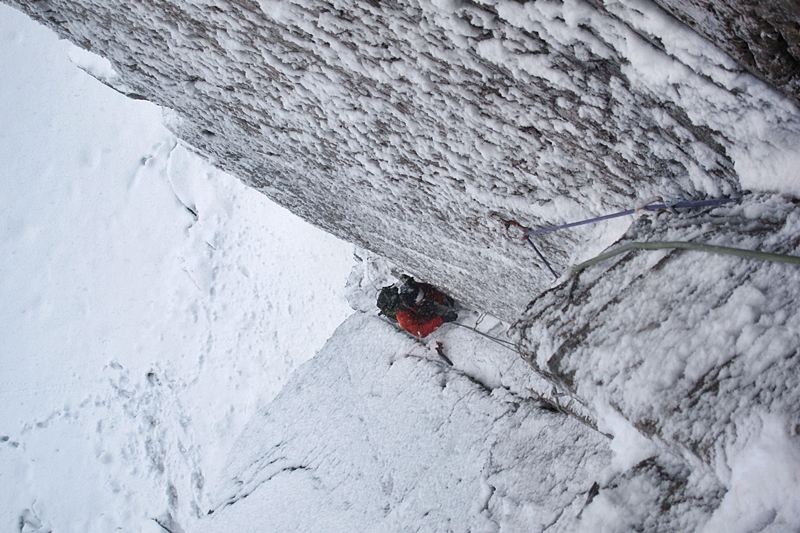 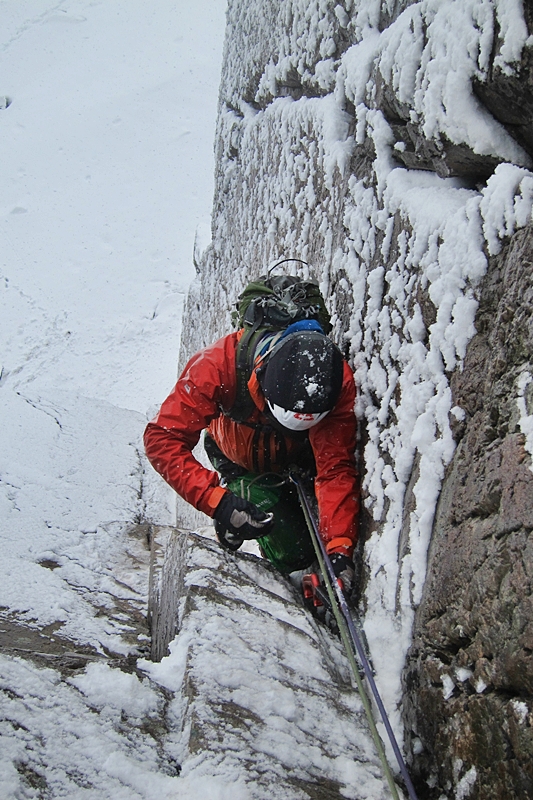 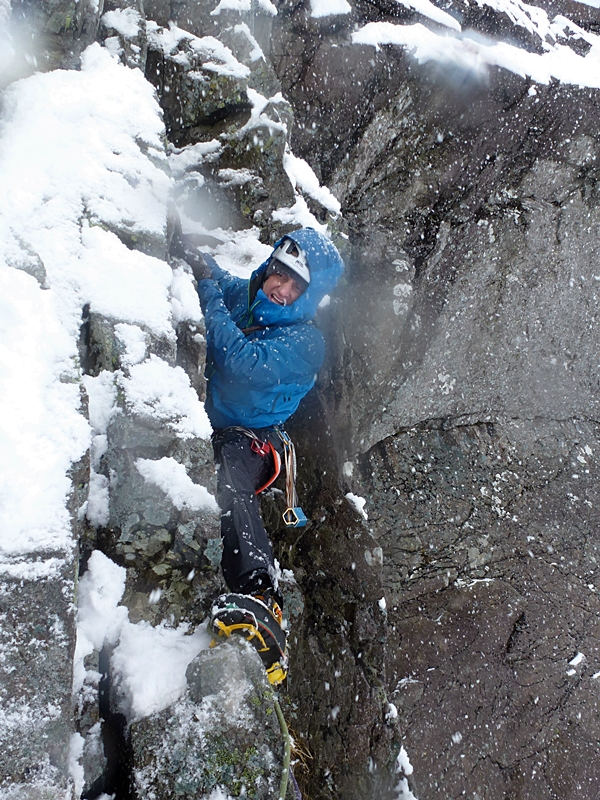 Keith topping out pitch three of Centurion. In my normal style of being unable to follow a route description, I climbed direct, as I’m sure others have before and instead of traversing to the left and climbing grooves on pitch three I pulled through a roof. Definitely worthwhile and good climbing but the rock is a tad concerning in a few parts. 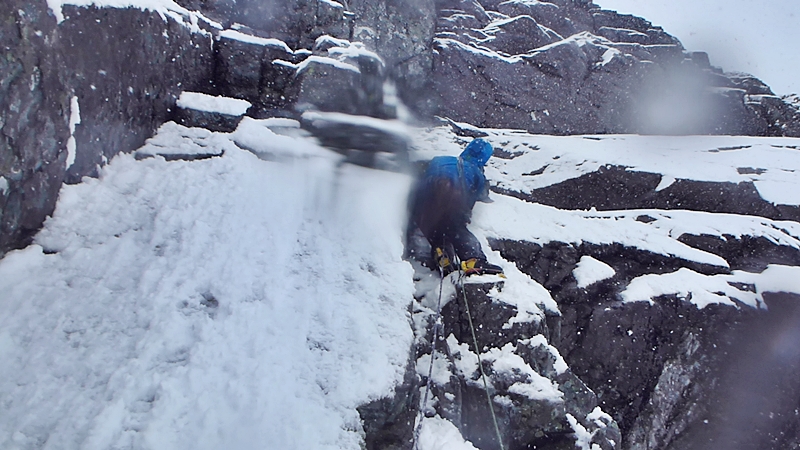 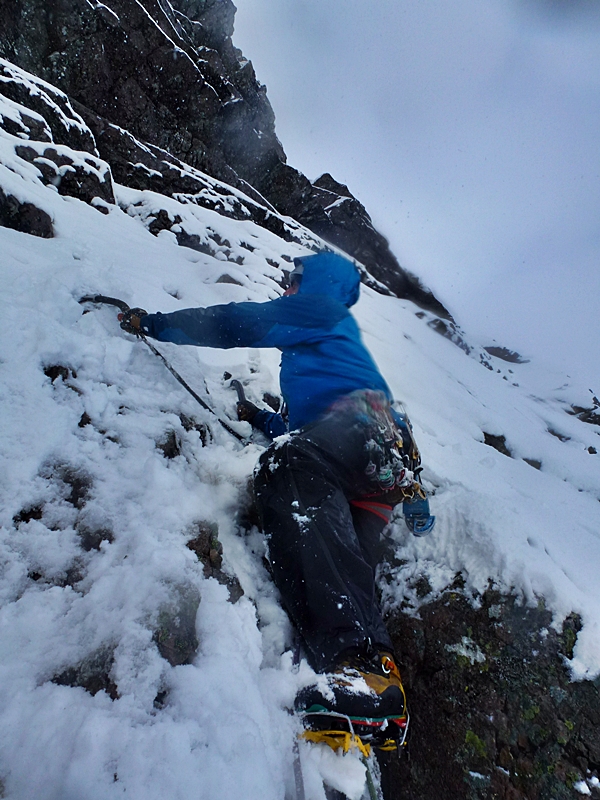