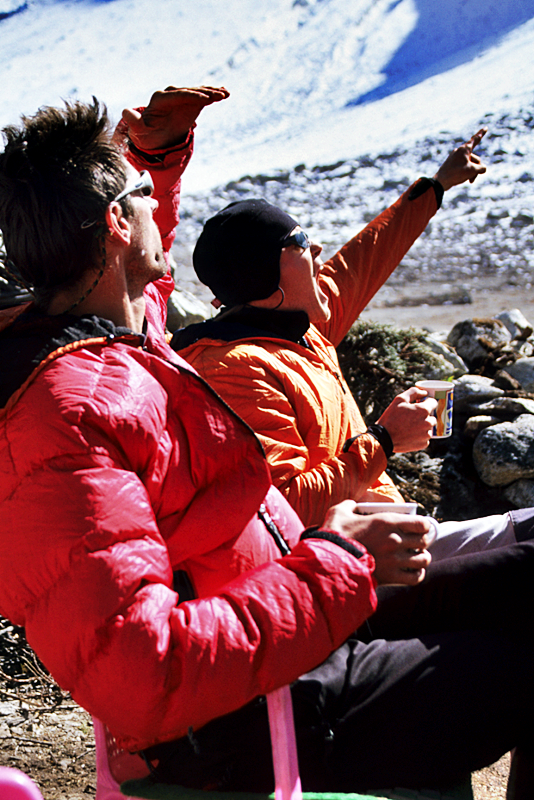 April is the cruellest month.

The Great Orme poked into the troubled sea. The sky was solid grey. On the horizon a thousand newly constructed wind turbines turned.

Will Sim and I had finished climbing for the day. I drove my little red van, a van without a name, around the narrow one-way road. The road cut the grassy hillside. The limestone wall on our right, turned and twisted, following the pavement and the roads edge. The wall separated us from the dark green sea – such a long way below – mixing memory with desire.

The male Kestrel hung on the wind; he glided a metre above the top of the wall. I looked into the van’s wing mirror. There was no traffic behind. I stopped and opened the window.

Close enough to touch, or so it seemed, the Kestrel didn’t hover – his wings were taught and braced, tilted at the correct angle to manage this solo performance. Bernoulli’s principle or something along those lines, although the Kestrel, I’m sure, did not know about aerodynamics. The wind took hold of his small body and puckered the soft. Burnt red, black flecks, a blue tinge to the ruffle of long wing finger feathers. His feet, just visible, were bunched yellow fists pulled into milky down. Streaks of black ran from just above his feet to the speckling of his throat, they looked like the streaks that run from the eyes of a Labrador. And above the throaty speckled ruff, his head was stationary, frozen, unwavering, stock-still. Large dark eyes, eyes as big as a pomegranate ringed with yellow, locked the long grass.

A week before, it could have been two; the wind blew down the Llanberis Pass. It was the Saturday of Easter weekend. The Cromlech layby, opposite the boulders, was full of cars and in between the wheels, empty drink cans, plastic bottles, Mars Bar wrappers, newspaper pages, cigarette packets, carrier bags and other detritus danced down the road to a Caribbean soundtrack. Shit, blown by the wind, jangled west – west, the same as my thirteen month relationship.

“You’ve got it sorted.” One of the folk staying at Ynys Etws, the CC hut in the Llanberis Pass said a few days after the breakup. I wasn’t sure I had anything sorted, I had lost my friend.

May Day Bank Holiday weekend came, it was Friday. Unlike a large percentage of society, I hate Fridays, especially the Fridays of a bank holiday weekend. I lay in my van at 11.15pm listening to cars turning into the hut entrance and the barrier clanging and the gravel crunching beneath wheels. A VW Transporter parked next to my van, the van with no name. The occupants disembarked, talking, slamming doors and bumping into my van. I leaned forward, “Would you mind not knocking my van please?” I lay back but didn’t sleep for a while. In the faint moonlight, the grass is singing.

Taking off from the side of the stream, a Heron folds and flops, all awkward angles and pointed elbows, her legs, an undercarriage yet to be lifted and her politicians sagging chin. The wind caught her canvas and she became a ballerina. And beneath the humped bridge crossing the stream a Dipper bobbed – rock to water to rock. Tears flowed. How do you do? I’ve been better actually.

Gogarth’s Yellow Wall – I sat on-top of the crag facing the choppy sea, buried beneath my hood while belaying. Tourists passed behind all wrapped. Turbo charged Great Black Backed Gulls wheeled and wailed. Fingers and feet were numb but my mind was active. Fifteen years ago, maybe it was a little less; I climbed The Moon and The Cow for the first time with Jules Cartwright. I had weak arms, not long from Peru. Not long from the pubs of Sheffield, Jules was even weaker, so I climbed both pitches of The Cow. Later, at the campsite near Holyhead, the one the paddlers use, we hunkered behind the yellow flowering gorse. The scent of coconut filled the evening.

Crafnant – sharp, angular, slippery, overhanging ‘tiger territory’. Phoenix, E2 5c my arse. I belayed John Orr as he battled into the v-corner. The wind blew cold and in the wind I heard Michael Tweedley and Jules complaining about how difficult getting into the corner was. I stood in this spot eighteen years ago and took the piss. I still remember Michael’s disappointment when he backed off an E2. Don’t worry Michael, my disappointment would have been more had I attempted. Jules didn’t give a shit; he hung in, fell off, lowered off and lit a tab.

Living for the here and now, with a head that collects images can, at times, be difficult. What if. If only. And the weight, so much weight and with that weight there is pressure. Recently a friend said “We ain’t getting any younger and we should stop relying on our bodies for fulfilment – it’s a fucking dead-end street!!”

Like the hermit crab with a crumbling shell, our minds still spark, but unlike the crab, we cannot move when our shell rots. But is this not the magic? Is it not good we don’t know how long we have? Although I suppose, if we did know, we could at least go to the supermarket and fill the fridge with other less physical but just as deeply rewarding experience without fear of missing out.

Craig y Forwyn rises from the woodland. Over ten years ago, I escaped other walls but once again here is a wall – a dappled wall strewn with desensitising scallops and pockets and flaring cracks. Birdsong fills the valley and in the foliage I can feel growth. Dull roots with spring rain. I’m happy to say I’m fortunate, I’ve nearly always been a glass that is half full.

My inbox shows one new. “If you are not getting scared, it’s not climbing.” And I wonder if the same goes for life?

[Thanks to T S Eliot for the belay on this piece] 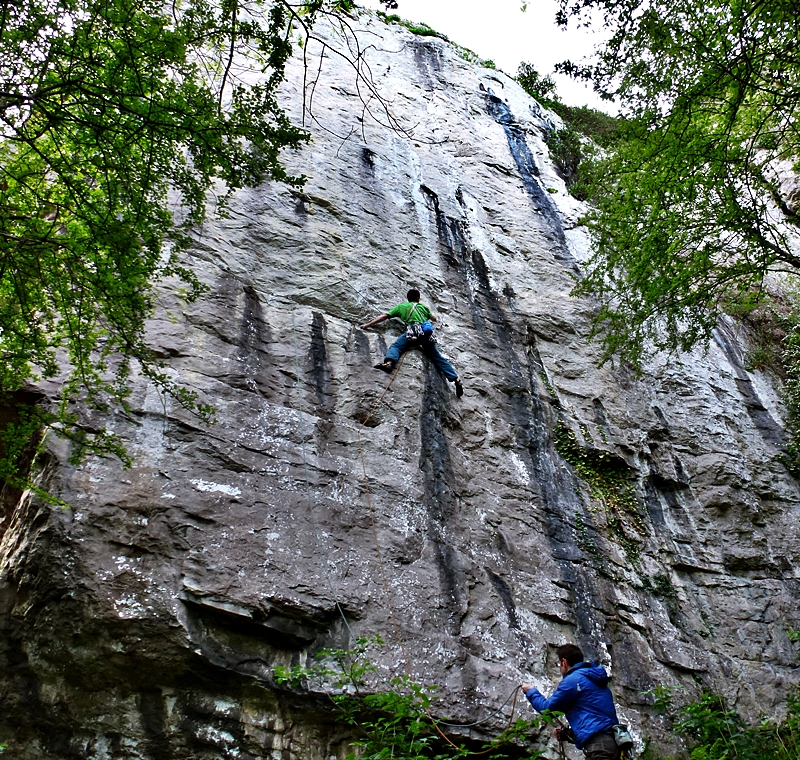