Reigniting Memories. The Tournier Spur, North Face of the Midi.

Keith Ball and Tim Neill, my climbing partners on the summit ridge of our warm up climb, The Tournier Spur of the North Face of The Midi.

Tim Neill, Keith Ball and I walk the steep path – a brushed boot track leading toward the North Face of The Aguile de Midi. This is almost my first time in the summer months among mountains that are so familiar in winter.

I look left towards the sheer Aiguille du Plan walls and see Houseman and me climbing The Grand West Couloir – a direct line straight up the centre of the face. Walking higher, my breathing becomes heavier and deeper and Cartwright is up there – up there in the deep fault soloing Sylchris – the depths of a cold winter and a chopped rope his only company. Five days later he returns to the Chamonix Valley, frost bitten and knackered but truly alive. Fil a Plomb at the back of cirque on The Rognon du Plan, an intricate but fairly easy ice-climb I soloed, takes me back to my first full winter here in Chamonix in 2004.

For a short time, I’ve left these mountains alone and returning now with Tim and Keith feels good – it feels the right thing, but how the mountains challenge even the experienced mind after being left alone.

It doesn’t take long to discover the old flow, but summer conditions are certainly different than that of the frozen winter. Rubble and booming flakes show the way –  Canadian Alpine training I think while loosening another boulder. Keith appears happy being above and ahead of my carefree transition from summer rock climber to Alpine climber. Tim, fully acclimatised after weeks of guiding, leads the way on our warm up, hopefully this will lead to more challenging things later in the week.

After five hours, the three of us step from the vertical to the well tracked Midi-Plan Traverse and again I picture Houseman and myself staggering in the dark after being on the go for eighteen hours having successfully climbed the Grand West Couloir. Each step is forced but each step draws both Houseman and me close to the wine and cheese and the big sleeping bags we stashed the day before in the Midi Station.

The final steep pull up the Midi Arête brings more imagery – Kenton Cool and me crawling and pitching what really is a path but in one-hundred kilometre an hour winds after climbing Slave to the Rhythm on The East Face of the Mont Blanc du Tacul one January, the arête path felt more challenging than the climbing. I remember slumping next to Kenton in the dark Midi tunnel, at last safe and out of the wind and never feeling so close to him having shared this serious situation.

The Tournier Spur, the first climb of a short trip that will hopefully include one or two more climbs has once again fired my imagination and re-opened memories and imagery that have been buried. And for these feelings alone, it makes the mountains and the climbs which we venture, well worth the effort. 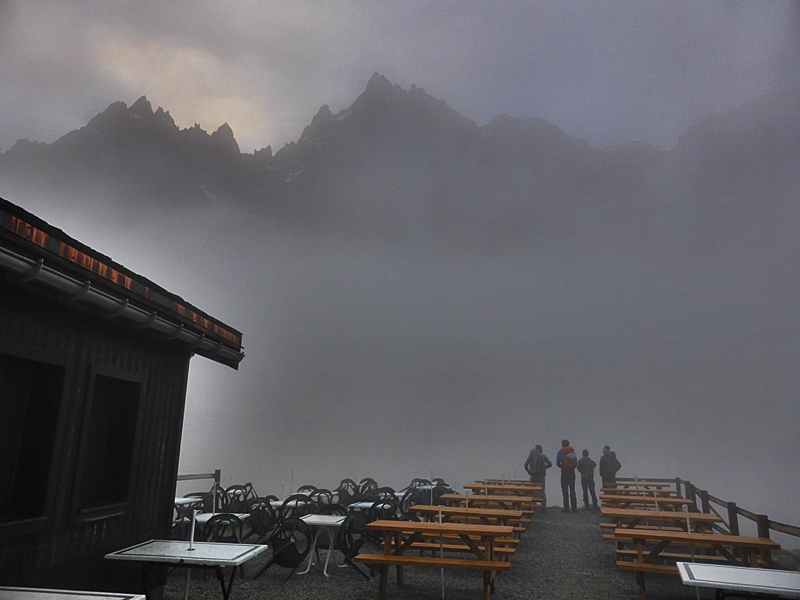 Starting off at approximately, 7am, on climb number one, The Tournier Spur. 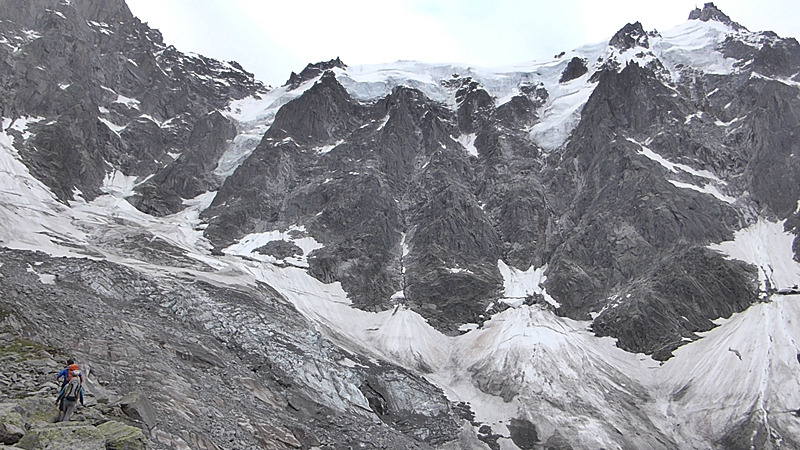 The North Face of The Aiguille du Midi. 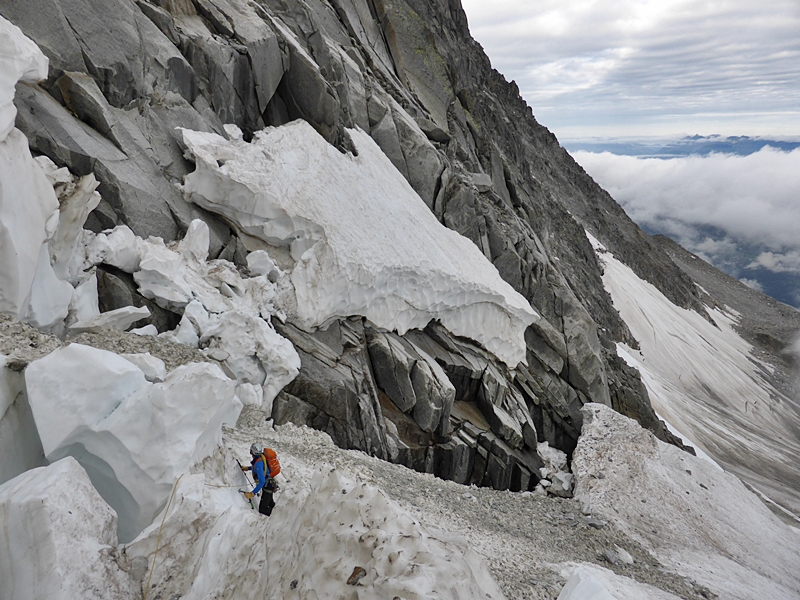 Tim Neill at the beginning of The Tournier Spur. 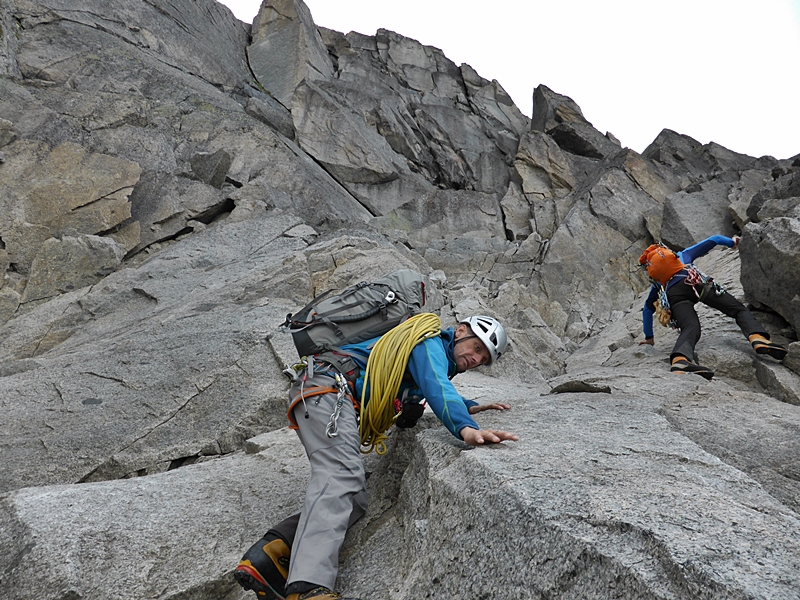 Keith Ball and Tim Neill low down on The Tournier Spur. 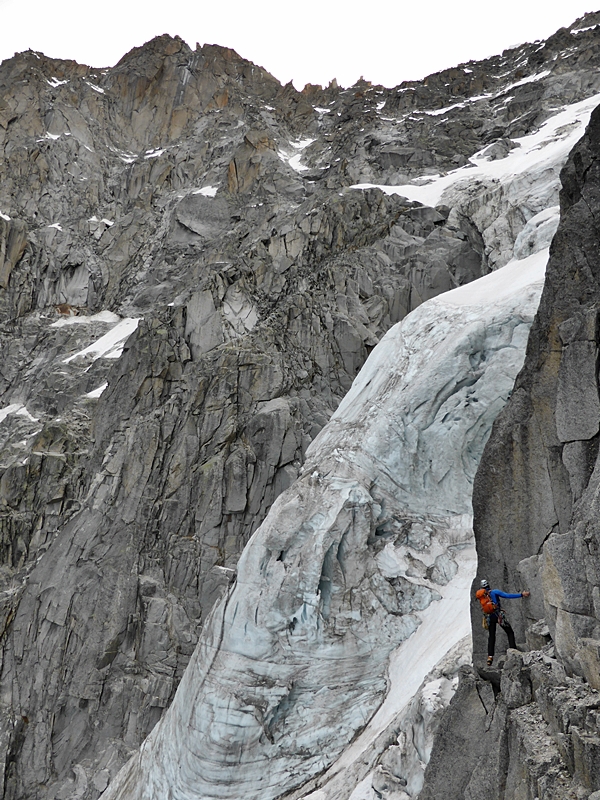 At the abseil point which leads to the ice flow on the left.

The traverse leading to the more technical ground higher on The Tournier Spur. 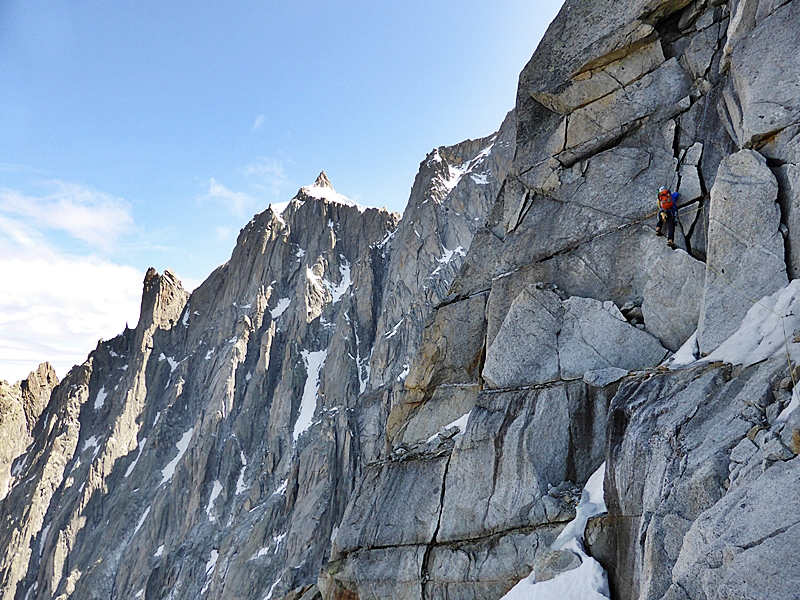 Tim Neill climbing the crux section of The Tournier Spur.

The Midi-Plan on the summit ridge after climbing The Tournier Spur. 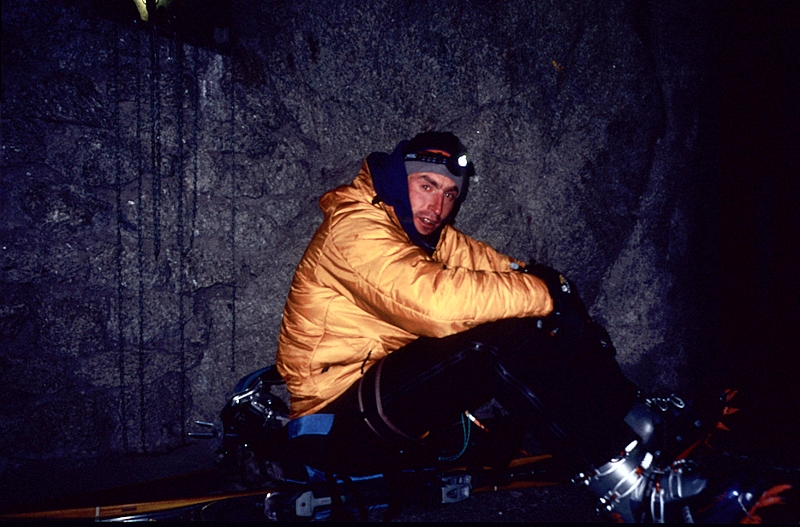 Kenton Cool at midnight in The Aiguille du Midi tunnel after climbing Slave to the Rhythm and returning in one-hundred kilometre an hour winds.