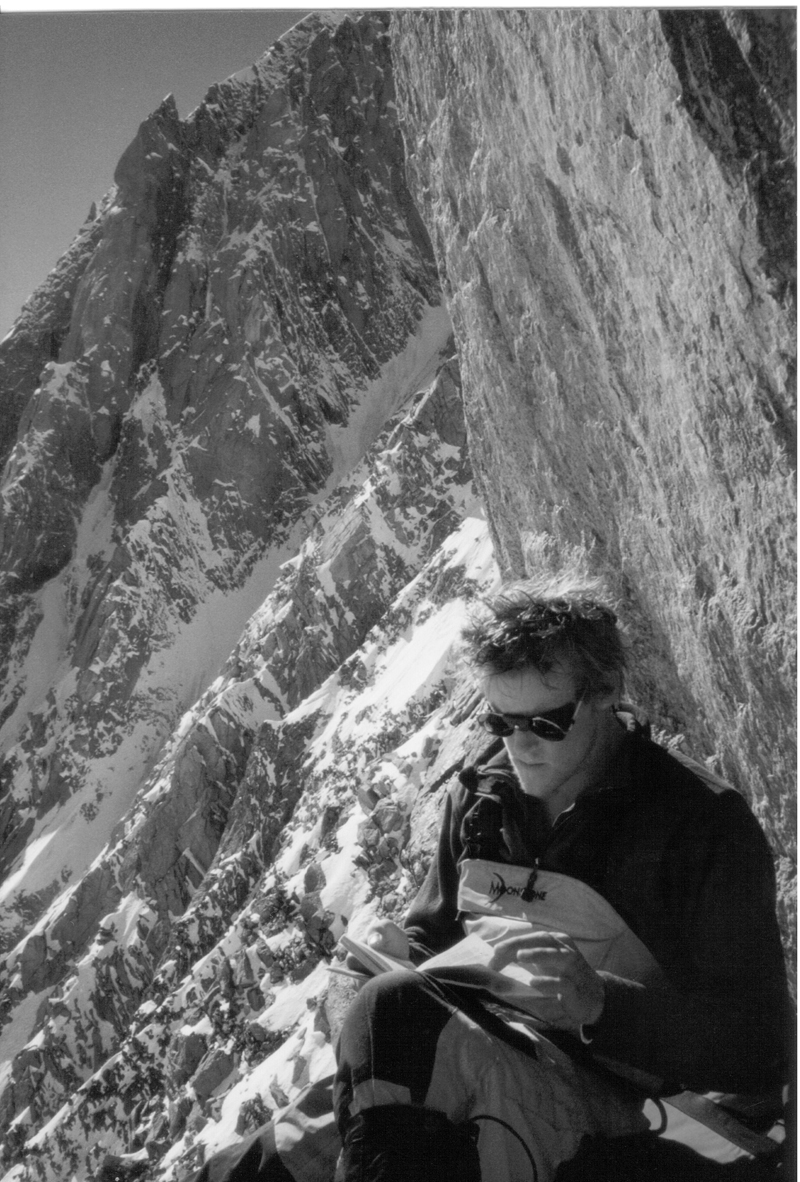 Jules Cartwright on the Grand Pilier d’ Angle bivvy studying ‘what next’ seventeen years ago.

Last night, I lay in my van which is parked outside Tim and Lou’s place in Servoz, France. The rain thumped the thin metal skin and thunder bounced from the mountains which surround the village. And as I lay, wrapped safely, the one thought which continually returned was where did the last seventeen years go?

Tim Neill, Keith Ball and I had just returned from climbing the Bouchard into the Boivin-Vallençant – a combination of ice climbs on the Grand Pilier d’ Angle. It’s possible that both Keith and Tim got fed up with my recollections, but the last and only time I had climbed on the GPA, was in October 1998 with Jules Cartwright. On that occasion Jules and I had returned from being blasted by gales on the North Face of the Matterhorn only to drive into a perfect five day  weather forecast for Chamonix.

“Only one place to go.” Jules said and the ‘only one place’, was the Grand Pilier d’ Angle, but Cartwright being Cartwright that was not enough and as we both sat a night and a day later beneath a massive overhanging gendarme, just beneath the summit crest of the GPA, Jules studied the guidebook and proclaimed,

“Its not often you get to somewhere like this and after all of this effort we may as well do something else.”

It was the way he nonchalantly said it that still makes me wonder at his tenacity, he may as well have been talking about climbing another route on Tremadog in North Wales, but he wasn’t, he was talking of the one-thousand metre, Right Hand Pillar of Frêney and we had already walked across the Valley Blanche, crossed the Fourche Ridge, over to Col Moore and down to beneath the Grand Pilier in Italy. Jules and I  had climbed a combination of routes to arrive at the bivvy and yesterday, as Keith, Tim and I left that same bivvy to climb the upper section of The Arête de Peuterey, I marvelled at how seventeen years had passed since my last time here.

Keith, Tim and I had gone reasonably heavy because I still vividly remembered climbing the enchainment with Jules in 1998 and suggested we do similar. Unfortunately the intended second route, The Innominata, resembled Patagonian ice cream instead of rock ridge and as we sat in the sun at 11am on the same ledge I had sat seventeen years before after climbing the GPA, we decided to forego the second climb for a bash up the Arête de Peuterey after a long lounge and a reflective evening.

Sitting in the sun the following day, the same sun I had sat seventeen years before outside the Nid d’Aigle tram station and surrounded by tourists, I looked at the bench, the same bench Jules and I sat drinking a Kronenbourg after three nights out and once again I was on my own with Cartwright waiting for the tram and rejoicing in the cold October sunshine.

Almost every year since 1998 I have wanted to return to the Grand Pilier and at last, here and now, with heavily fragrant tourists turning their noses, I have returned and how fitting to return with great friends Tim and Keith, it’s such a shame I never had chance to return with my friend who is still in my thoughts regularly. 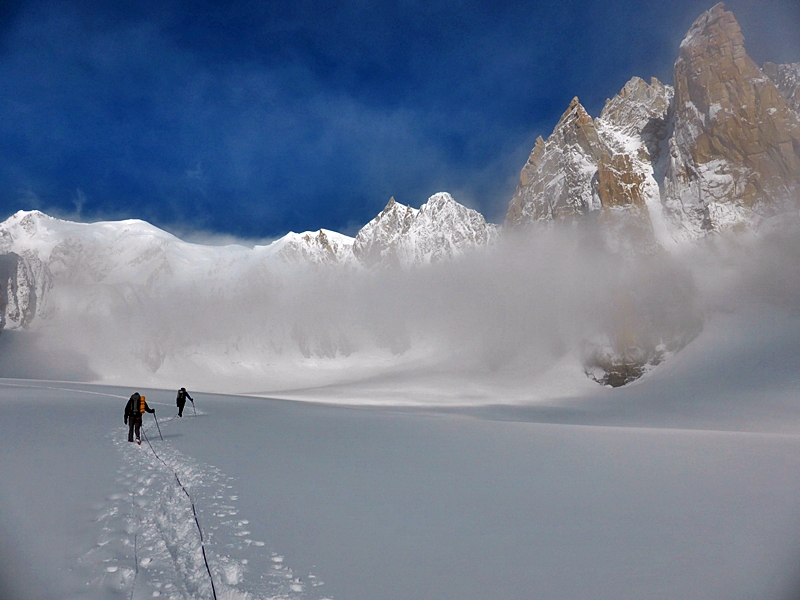 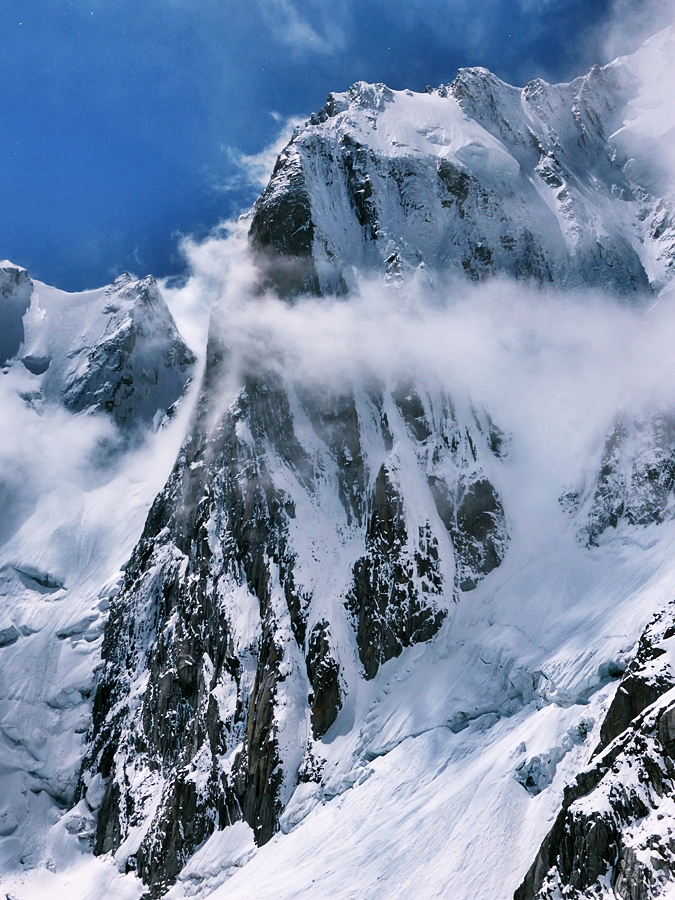 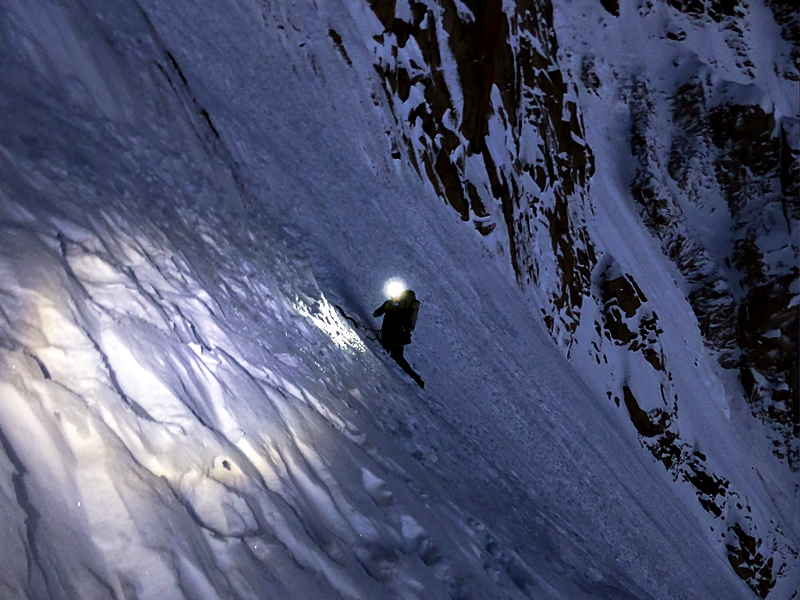 Keith Ball soloing the start of the Boucher Route on the GPA. 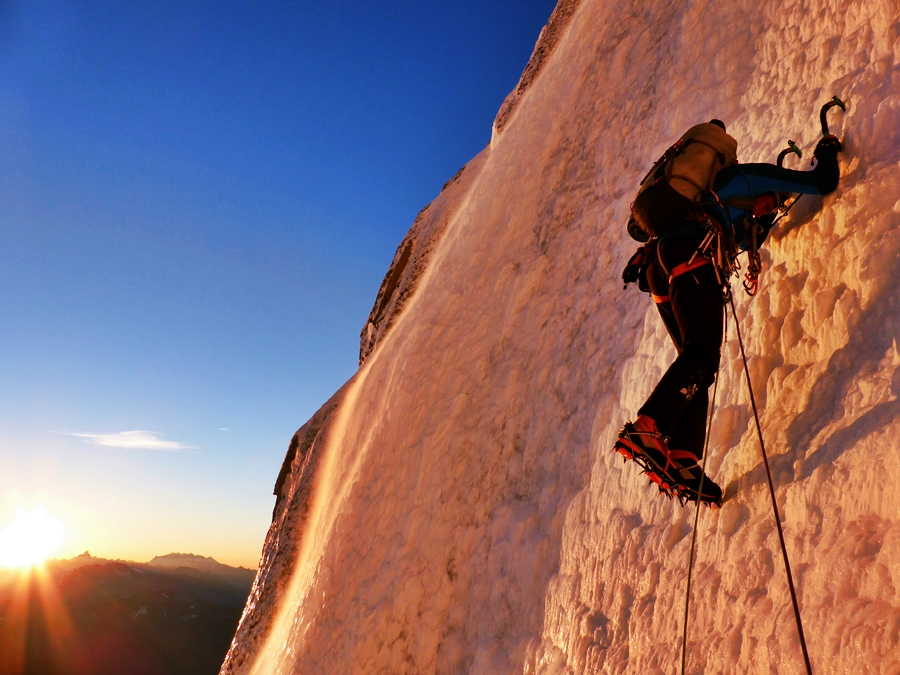 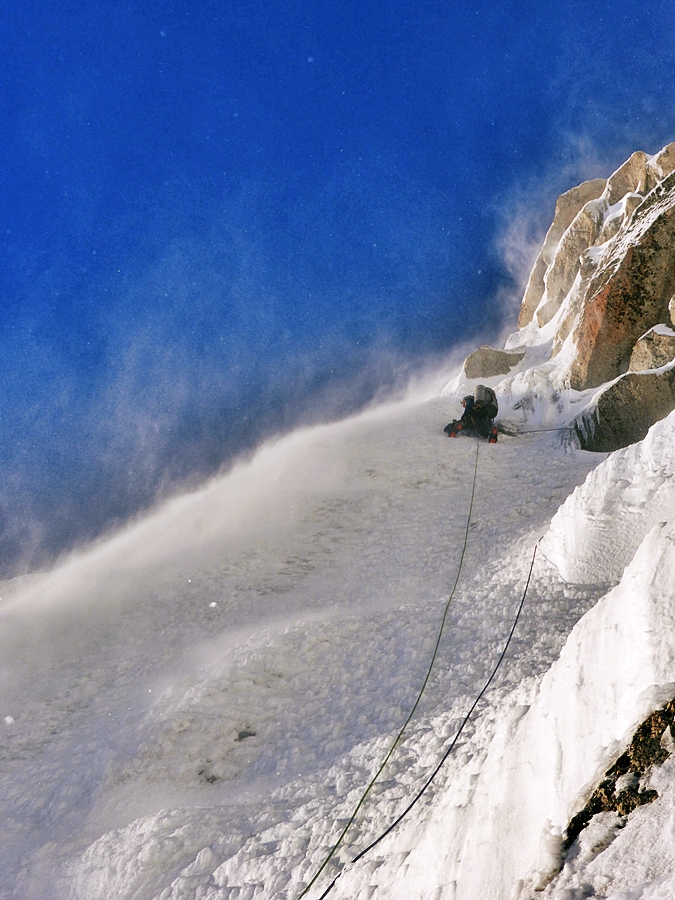 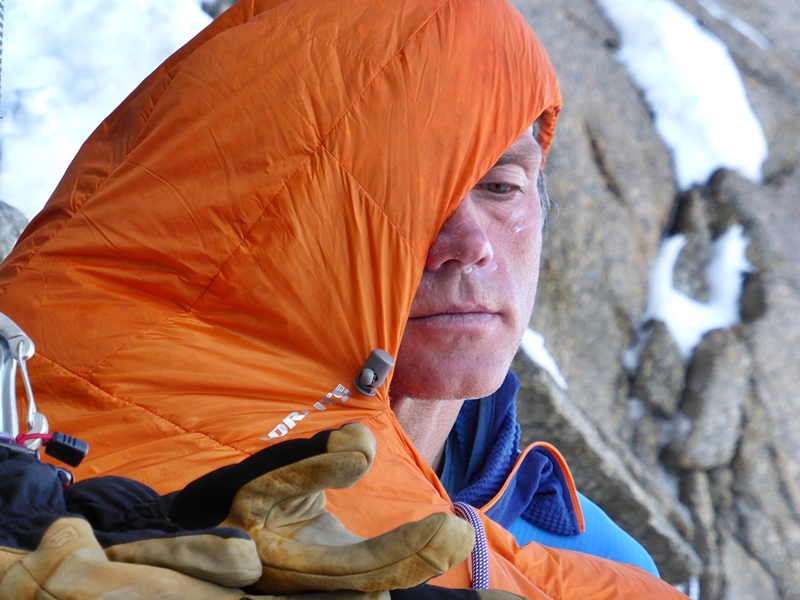 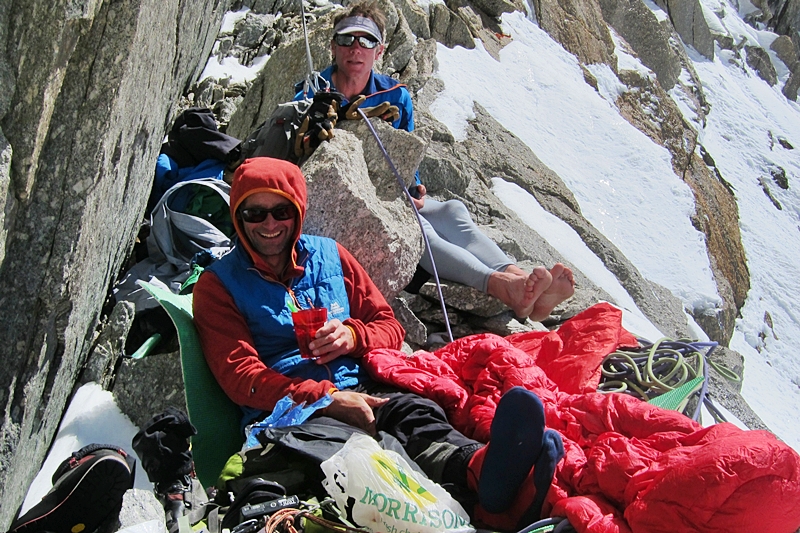 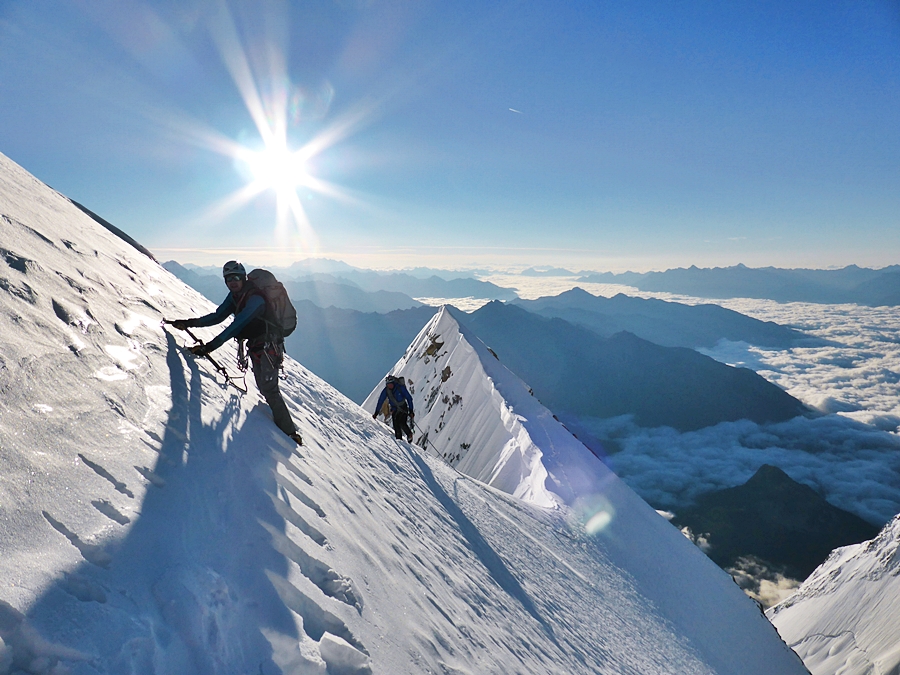 The second day high on The Peuterey Arête. 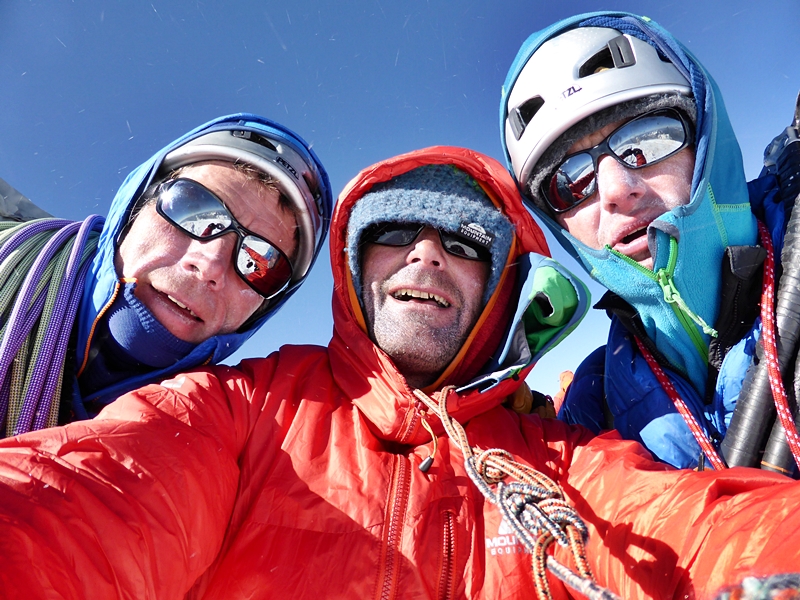 On the summit of Mont Blanc for only my second time. 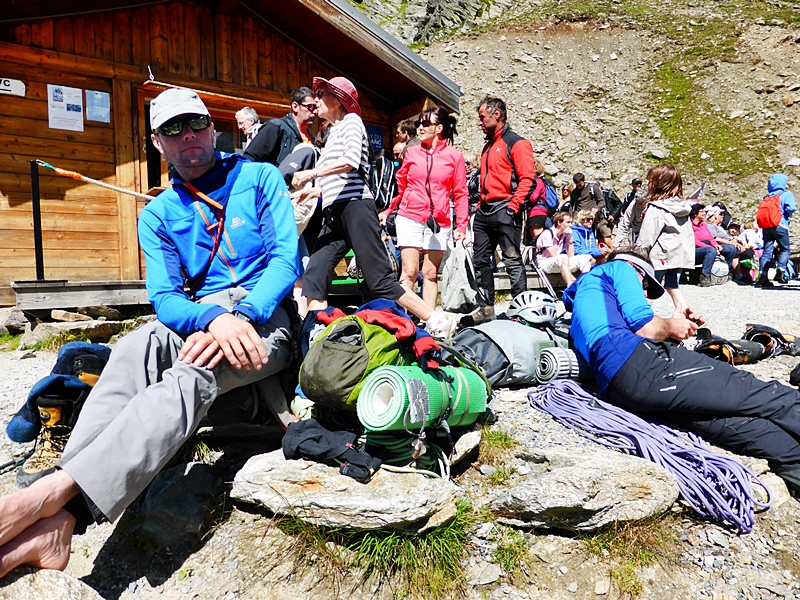 Keith and Tim, in amongst the crowds at the Nid d’Aigle tram station.

Here is a link to Tim Neill’s Blog about the climb.