The London underground train rattles through the night. This is the soundtrack of the mountains. An empty vacuum. Rocks and ice follow deeply carved tracks and echo. Red brick walls topped with gothic turrets scrawled with natures graffiti, hem us.

The deep blue glacier cracks beneath. Stretches like polythene. Sleep. Awake. Sleep. Awake. And as we stir, stars slice through dark sky leaving trails. Life… life lived, lost life; love lost, lost love – vast empty space is consumed in a single breath and exhaled in a cloud of condensation. And in that evaporating cloud is choice. And at times, in that choice despair cries.

The underground passes through back yards, between fences, beneath windows, below roads, behind lives. The continued jointy rattle.  At times I wonder what it would be like to fall. Red lights never change for some

Cold rock beneath a thin mat is comfort. The wheels scream as the hour comes close. The stove boils and chugs. Mystic vapours swirl. A blurred face stares into nowhere from a moving window of an empty carriage. Minutes are worth hours. Hours are worth days and a lifetime can be worth nothing.

The headtorch cuts the cold. Quartz ignites. Noisy trickles of water furrow through the glacier and slow until blackness and silence. It’s nearly time to catch the final train but I’m not sure yet from which station to board or depart.

Because this is the soundtrack of the mountains.

The Argentière Basin. The Droites is on the right and the climb, The Richard Cranium Memorial Route first climbed by Mark Twight and Barry Blanchard is on the right side of the face. . 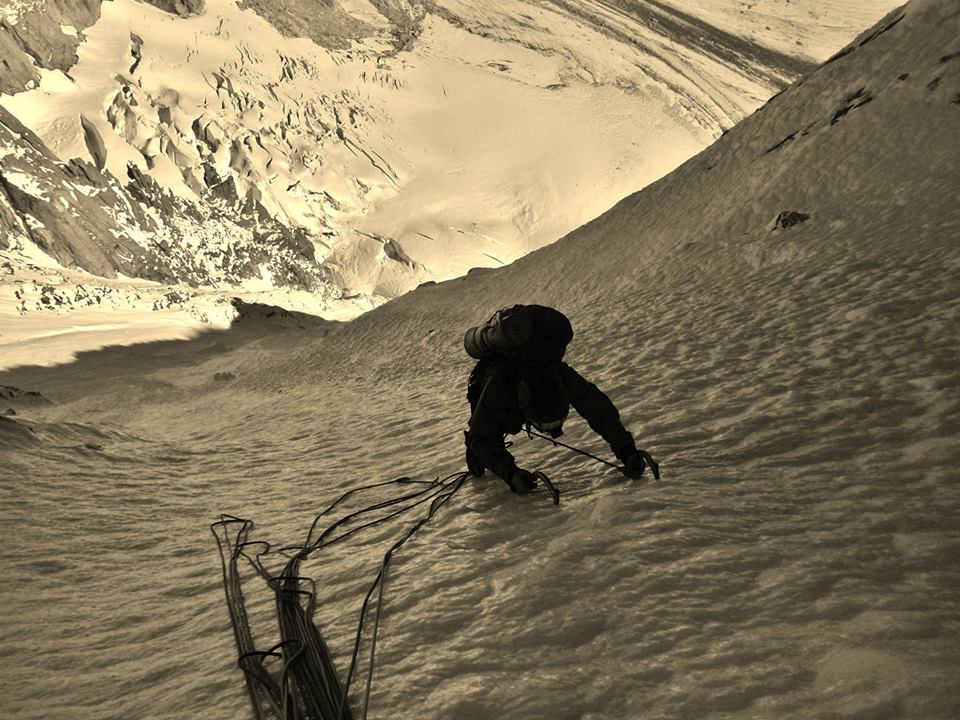 Following Tim’s footsteps on the lower section of The Richard Cranium Memorial Route. 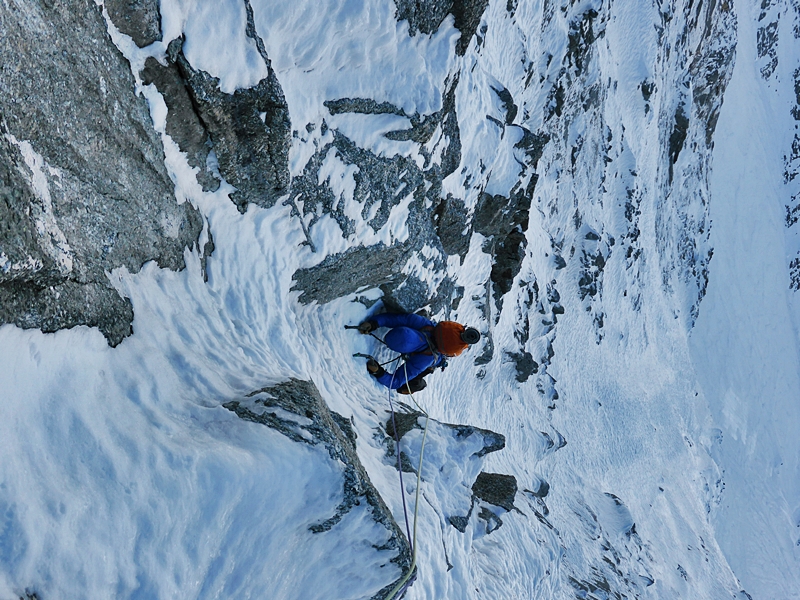 Tim Neill seconding one of the steeper and more difficult pitches. 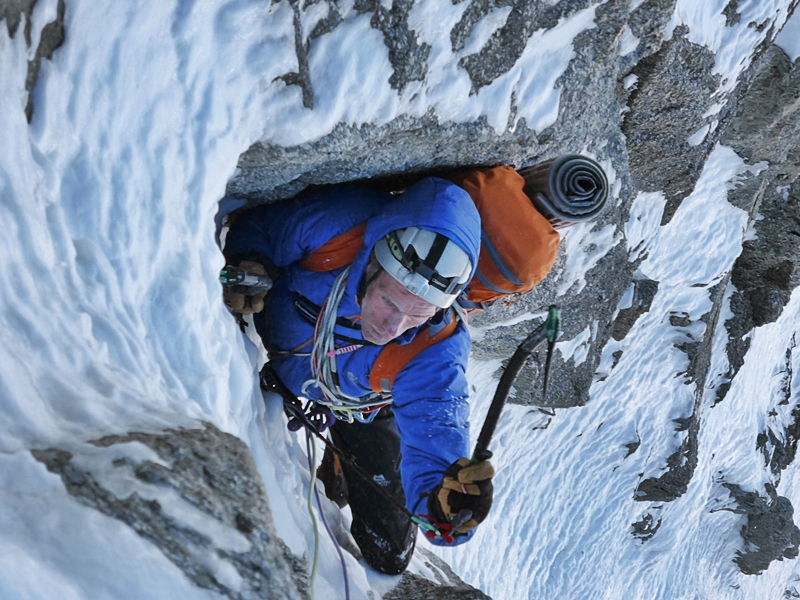 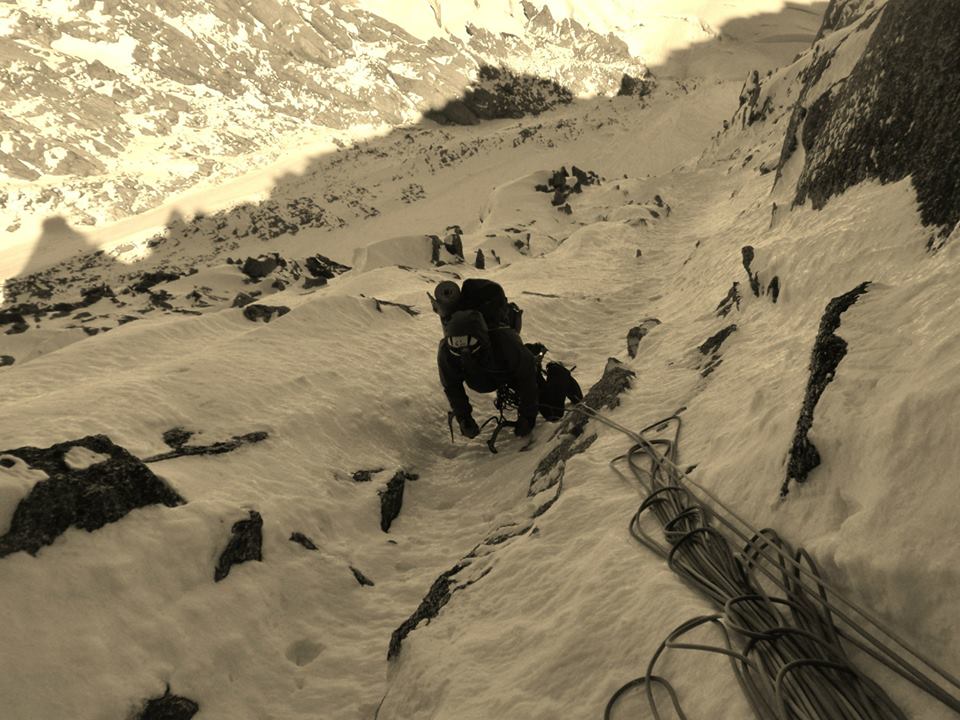 Just below the summit ridge.

Tim Neill on the Droites summit ridge setting up the first abseil of many down the south side of the mountain. 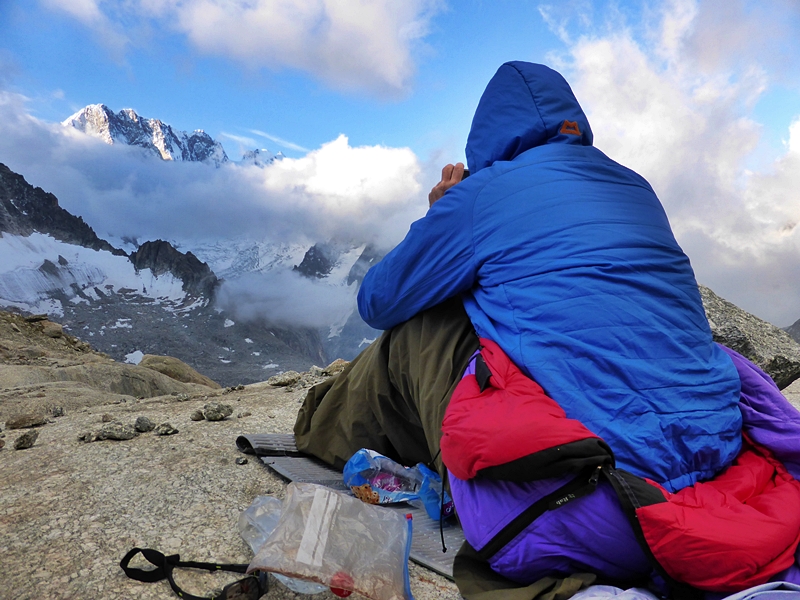 A flat rock with a great view is too good a thing not to bivvy.