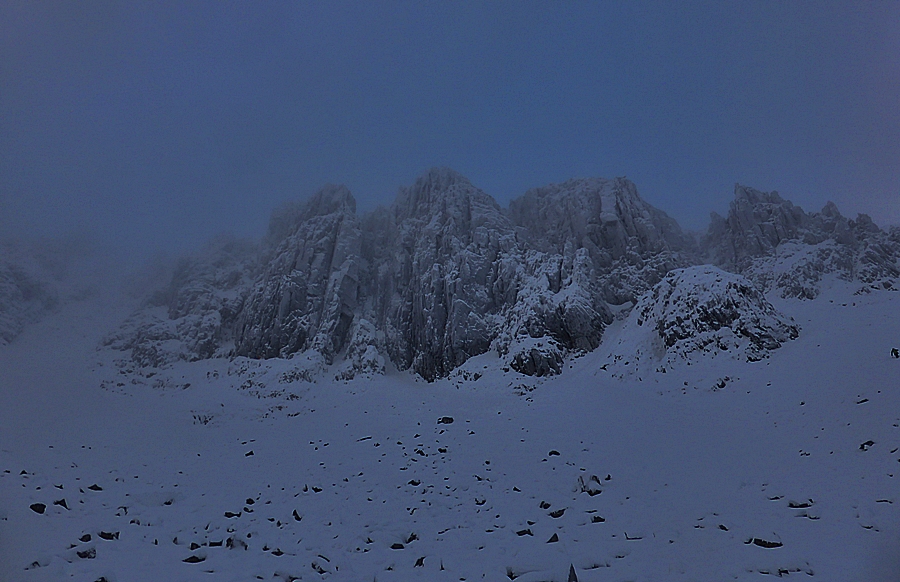 https://www.soccermetrics.net/uncategorized/r4q243t6lq At the moment I’m winter climbing in Scotland, and after a couple of routes I thought it fitting in the run up to the publication of Tides (and being in Scotland), to include some writing that was first published in Echoes.

https://www.autismcollege.com/blog/2022/07/26/95kifok46f I’ve played around and added to the paragraph that featured in Echoes, this paragraph is about the first route I climbed on Ben Nevis, which was Glovers chimney, and climbed with Clive Taylor.

source link Another reason to publish this bit of writing is to try and remind myself of how it used to be, and for me to try to be humble. We all start somewhere and we all climb at different levels and that’s fine, it is only climbing after all. And no matter the level someone climbs, it does not make them a good or a bad person, but it can make them a better or a worse person?

source site The two climbs that have started my Scottish winter are both of the same grade and in climbing them several thoughts and emotions have been running through my head, which, in some way, is connected to what is written above and is hopefully explained in the picture captioning below.

enter I was hungry, (some may say desperate) to become a proper winter climber, whatever that may mean. And at the end of the winter 1994, I felt like I had succeeded, especially since, alongside fellow Physical Education Officer Clive Taylor, I had survived my first route on Ben Nevis. Glovers Chimney, is a three star, grade III, situated on Raeburn’s Wall, Tower Ridge.

enter Glovers Chimney, is an icefall leading to the crux, a steep mixed chimney that exits at the tower Gap on Tower Ridge and from here the rest of Tower Ridge is climbed until the Ben plateau is reached.

follow Clive had done less winter climbing than me, but because he was a PE Officer, he was really fit. Clive was also a triathlete, so as a base layer, he wore an all in one lycra, cycling suit, which he had boasted about the warmth. We geared up beneath the icefall, and paid no concern to the party already climbing above us. The party were a couple, a man and a woman, and as Clive and I geared up, and began to climb, they were so far ahead that it should not have been a consideration. Unfortunately, we caught them up as the man began to climb the chimney. The weather forecast had said earlier in the day would be OK, but it went on to say as the afternoon approached, and into the evening, gales would build to 100 mph gusts and snow would dump. Well, it didn’t say ‘dump’ but it used some technical term that suggested as much!

click here Now don’t get me wrong, I was very inexperienced and not the quickest, especially at this mixed stuff, and Clive was less experienced than me, but above us, wrapped tight into the snowy, and rocky confines was the mother of faff, and it soon became obvious the pair were less travelled in the ways of Scottish winter than either Clive or myself. Clive and I waited. And waited. At first we chatted to the woman, passed time, had a little social, a laugh and even the odd guffaw, but as day turned to night, and reasonably calm turned to crazy, we all went quiet and delved into our hoods where we delved into our inner selves. After another half an hour, the woman hanging from the belay was now frozen and being pummelled by snow and started to cry. Clive started to complain about desperately needing to pee, but he had found a flaw in his nice and warm tri-suit, because he had to take the whole thing off to pee and that wasn’t going to happen.

Cheapest Zolpidem Tartrate Snow thundered down the chimney, but at last, in the gloom, the man above topped out and the woman began to climb. We sorted ourselves, fastened headtorches to helmets, shook blood back into limbs, and began to climb. Clive, had at least stopped whittling about needing a pee, and even if he hadn’t, I wouldn’t have listened because the shock of how difficult and awkward mixed III could be was now consuming. Topping out in the Tower Gap, the wind hit me, but not as hard as the shock of being caught in a storm and the dark, high on the longest ridge on the Ben.  I fixed the belay struggling to see my hands, for the wind and the snow needled my eyes, and below, Clive began to climb. Having soloed a few grade V’s on ice and done several grade III’s and IV’s, I must admit the climbing had been difficult and I had not sprinted, and neither did Clive, but he eventually he stood by my side and pummelled by gales, the pair of us finished Tower Ridge, crawling onto the summit plateau of Ben Nevis. It was a complete white out, 100 mile an hour gales ripped across the plateau. Hunkering down, kneeling in the snow, close together, the map and compass were found and eventually, still roped, we started to crawl. Snow covered boulders were passed, and sometimes hidden behind, and occasionally a gust of wind so strong flattened us. Following a compass bearing and nothing more, secluded and separated, I imagined the lights shining orange along Fort William high street wishing I was there. We crawled and gasped. The rope flew into the white snow filled air. Down, down and down, Red Burn was at last reached. The snow and wind eased, the clouds were now above us, and below, a few flickering lights could be seen. We could at last talk and laugh as we wallowed in the scree and the dirt and the rain.

https://www.artemisgalleryrichmond.com/news/dbtrl90mjz6 “Well, at least you can have a pee now, you must be busting.” I said looking at Clive who appeared to have aged.

Buy Ambien Online India “No need, I did that while hanging from the belay in the chimney, kept me warm as well.”

https://www.withsomegrace.com/xuj7gxbiq After an 18 hour day we were back pushing the door open on the Alex MacIntyre Hut in North Ballachulish, we were both very happy and I must admit, even the smell emanating from Clive’s nether regions did not diminish my fervour. 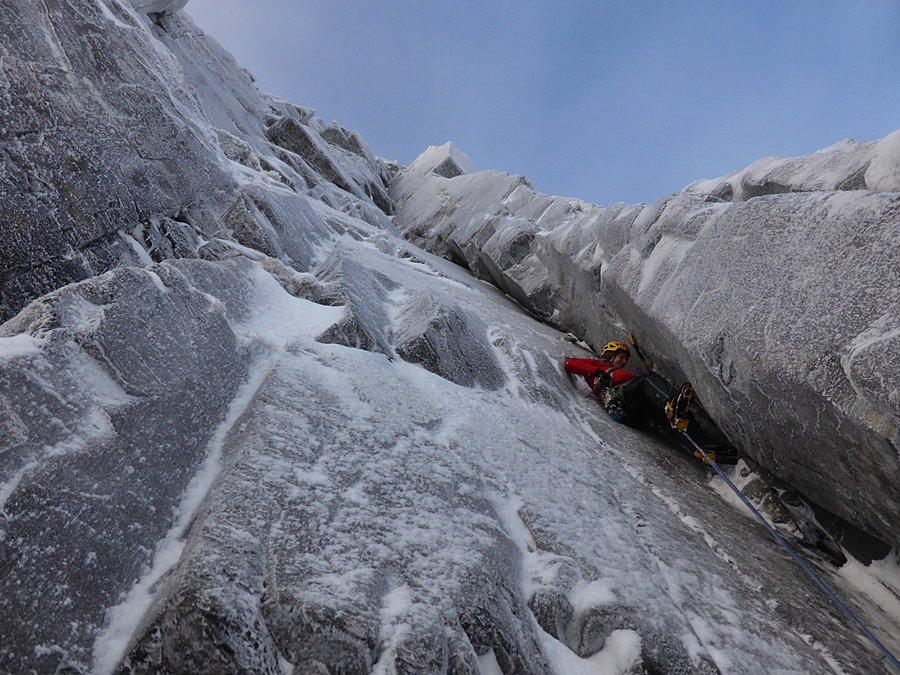 here Murdo on pitch 1 of Unicorn.
I’ve waited a long time to climb this route, its such a great line, but the climbing does have a reputation and after climbing routes of a higher grade, I really didn’t want to fall off, my ego would not have liked that! Maybe this is part of the reason I have left it so long, but by eventually climbing Unicorn it proves that fear of failure is not as high on my radar, and at last I’m growing up? Possibly I’m becoming less worried about what people say? Possibly! Fortunately I didn’t fall, but even if I had, it shouldn’t have bothered me because at times winter climbing is so tenuous, anyone, no matter how good they are can fall. What a great, but difficult climb Unicorn is and puts the second route of the season, Arthur, a climb of the same grade, under a little scrutiny! 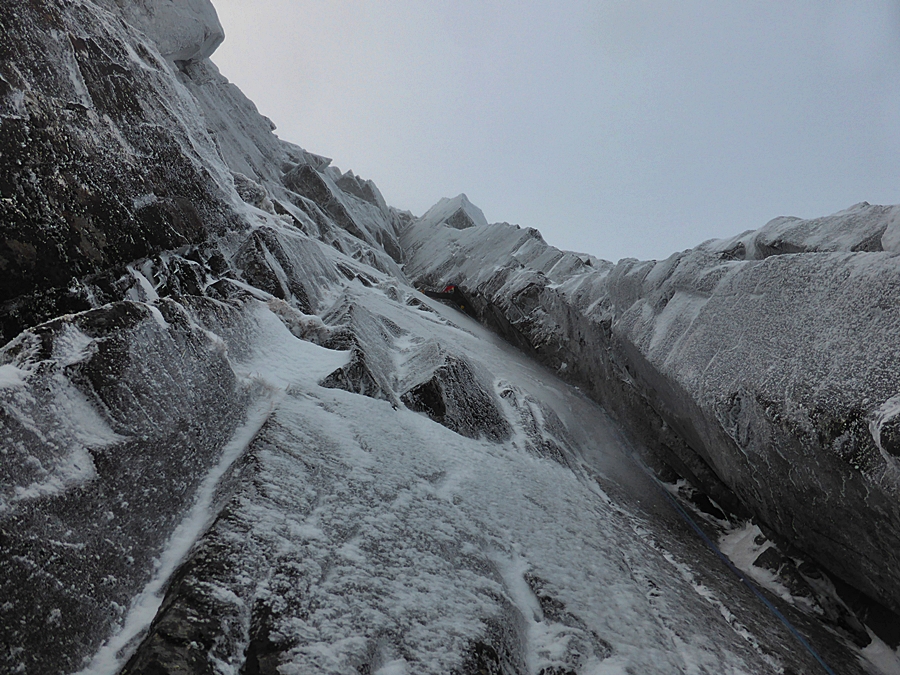 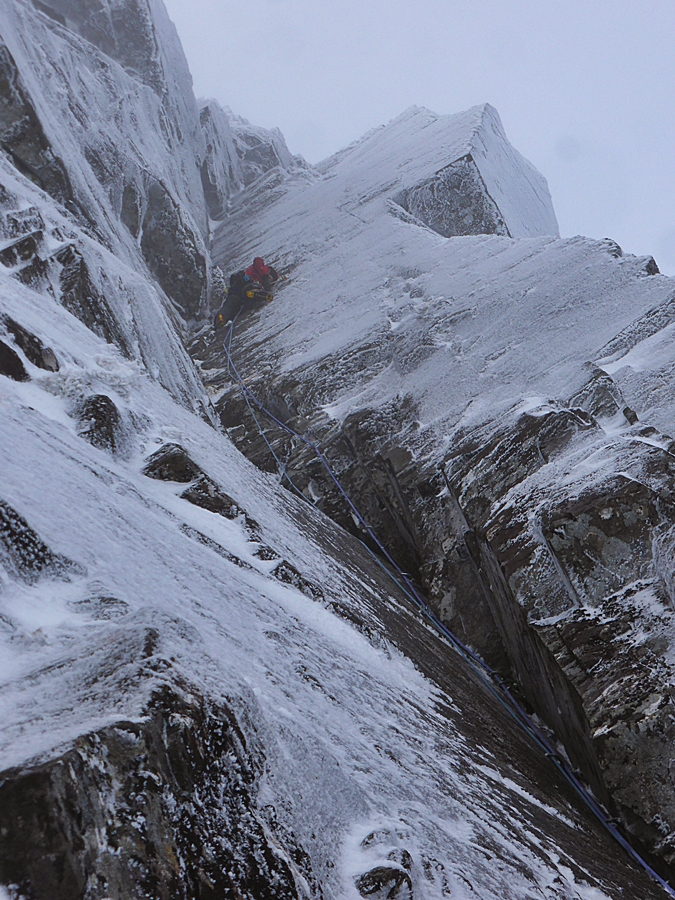 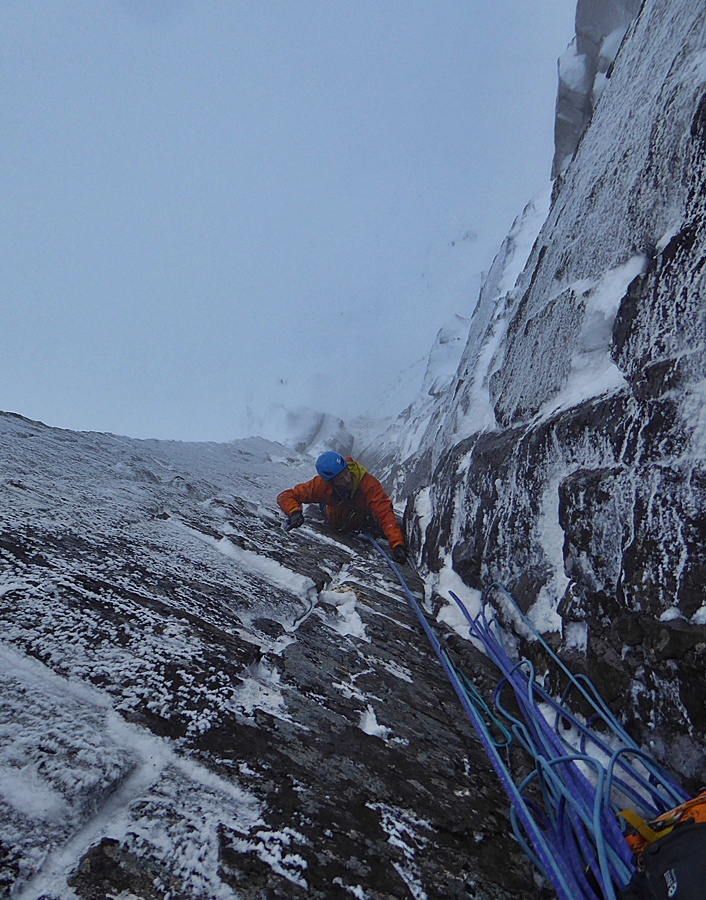 https://www.athirstforgod.com/2ykggnp3d Myself seconding the first pitch and a bit of the second pitch? Pic credit, Murdoch Jamieson. 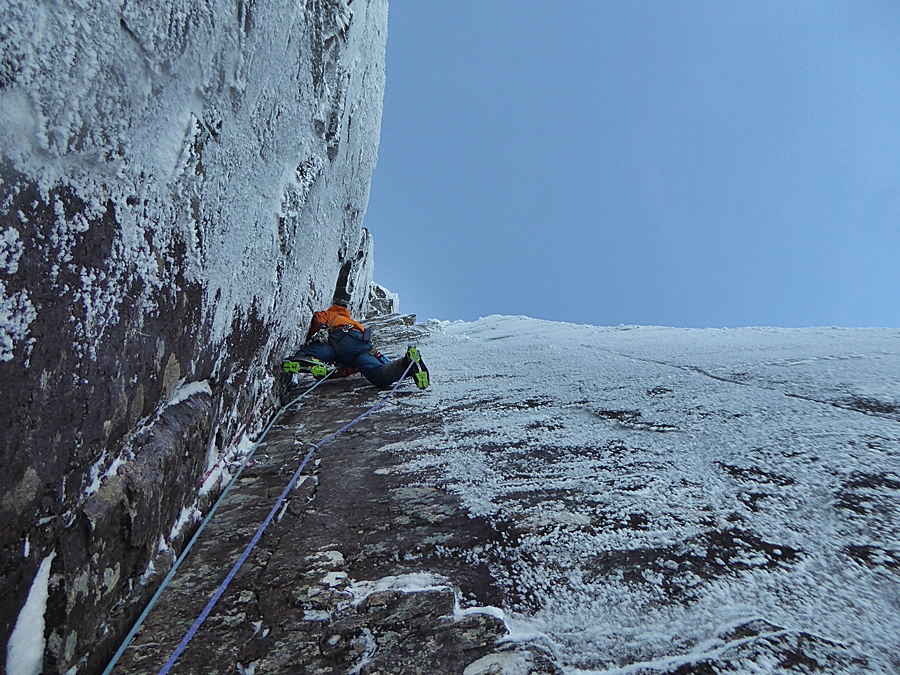 https://www.caitlinsmith.com/home/mr2v46x1wdg Myself leading the second pitch. This pitch is about as good as climbing in winter in Scotland gets! Pic credit, Murdoch Jamieson. 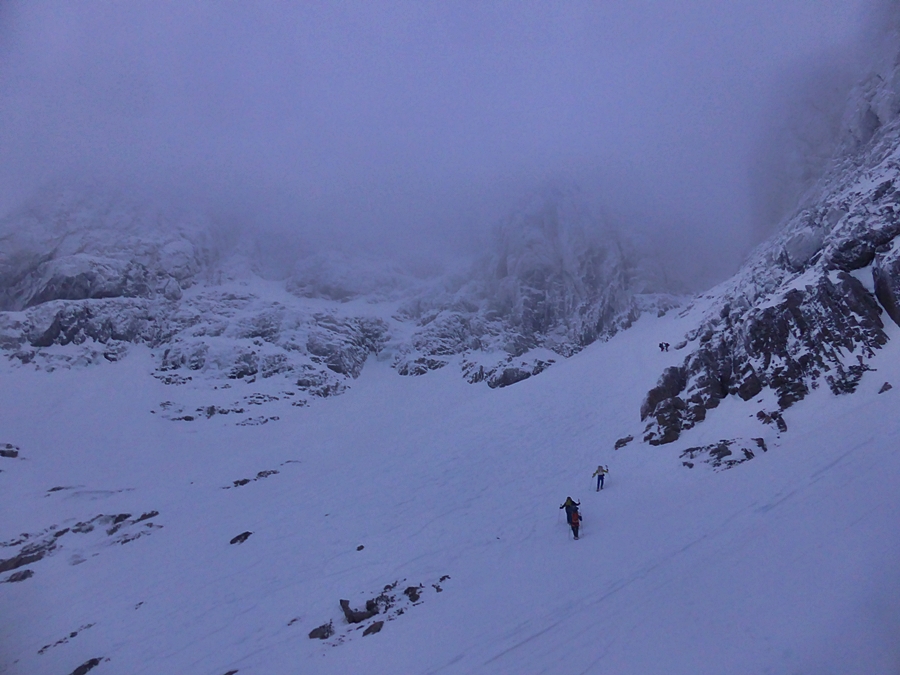 see url The second climb of the season was on the Ben reminding me of my beginnings which were somewhere to the left in the mist . 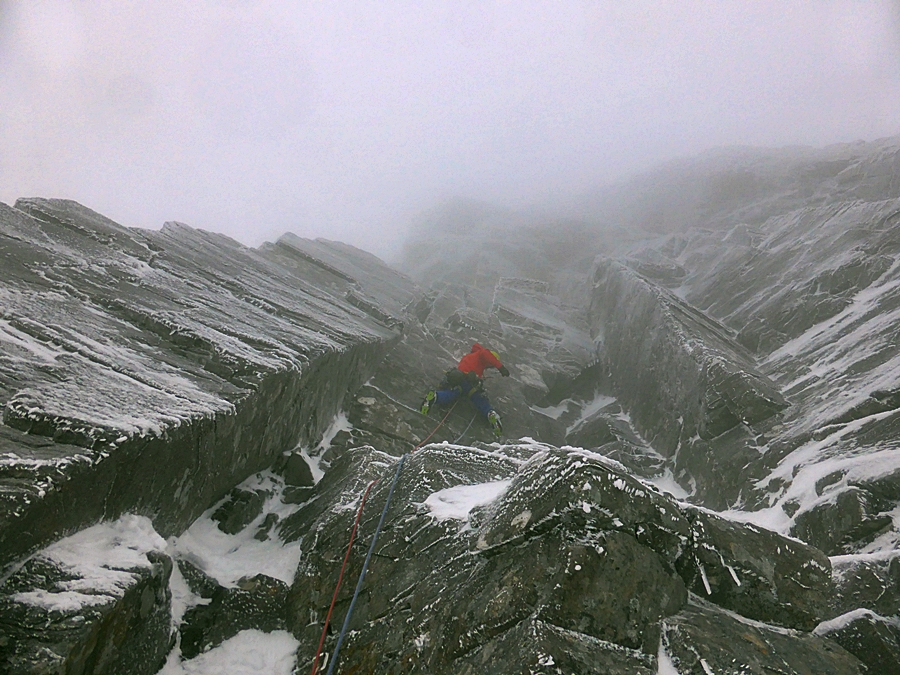 Cheap Zolpidem Uk Matt Helliker on the first pitch of Arthur, Number 3 Buttress, Ben Nevis. Arthur is the same grade as Unicorn. I’m not so sure to be honest, but maybe modern techniques and conditions have made this so? But in the end does it matter? Is it a good climb and was the experience a good one, the answer to both is yes, so the grade does not make the slightest bit of difference. Winter climbing in Scotland is very subjective and the old adage, there are only two grades, those you get up, and those you don’t, is, in my opinion, a true one. 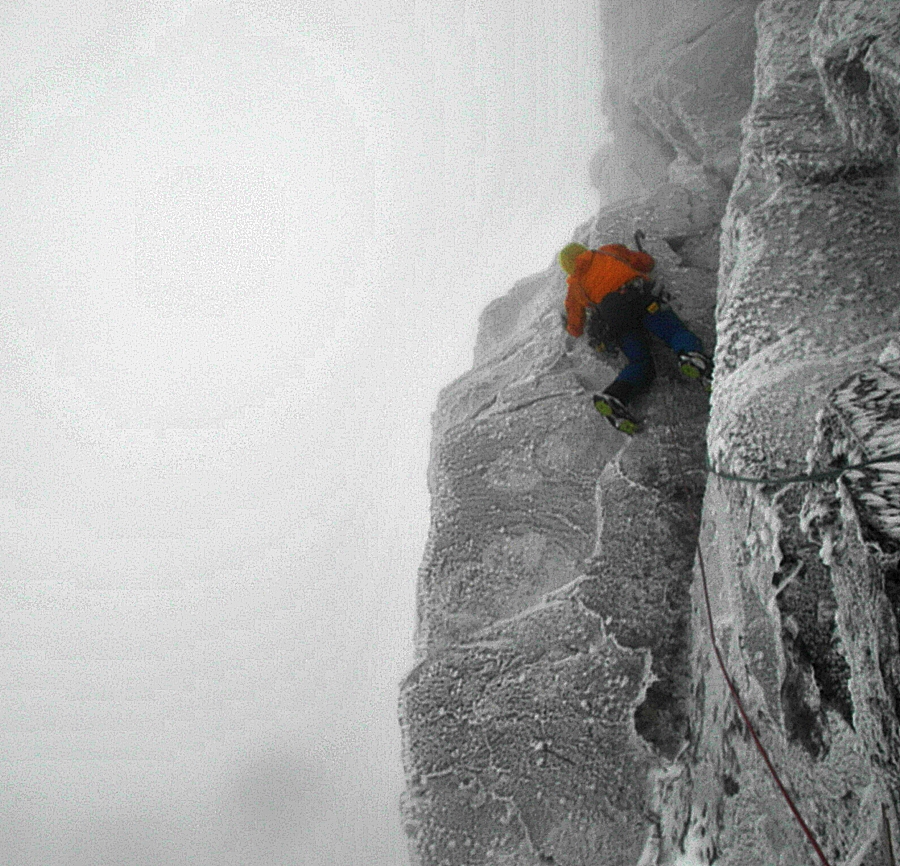 https://www.withsomegrace.com/02voiw3pe Myself on the second pitch of Arthur. Pic credit, Matt Helliker. 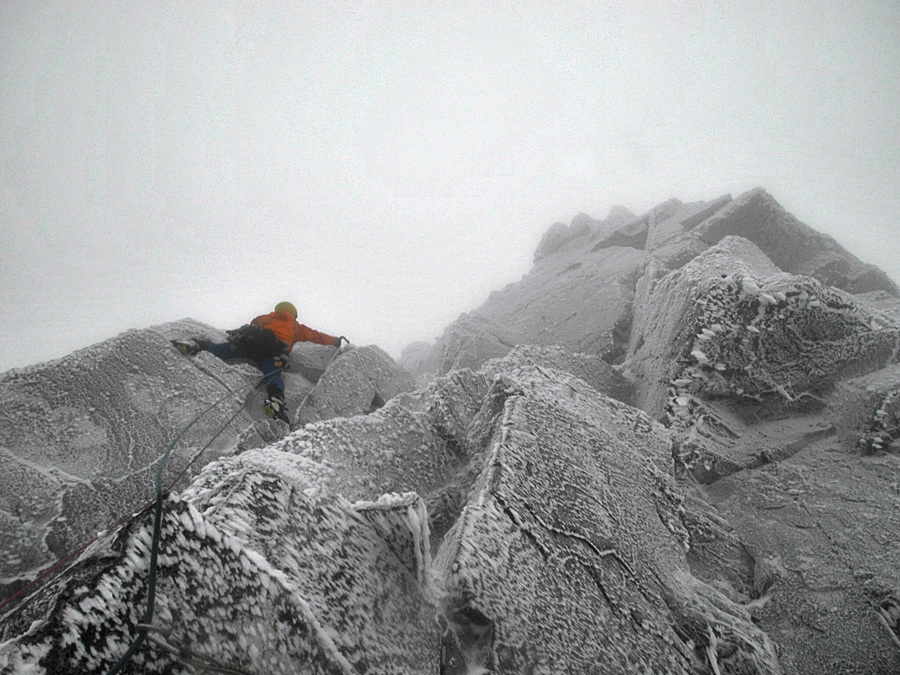 https://terapiaconana.com/blog/e7bs0y2nv Also me on the second pitch of Arthur. Brilliant climbing up a short, steep wall. Credit, Matt Helliker.

https://www.caitlinsmith.com/home/iofb30sa
This entry was posted in Uncategorized. Bookmark the permalink.