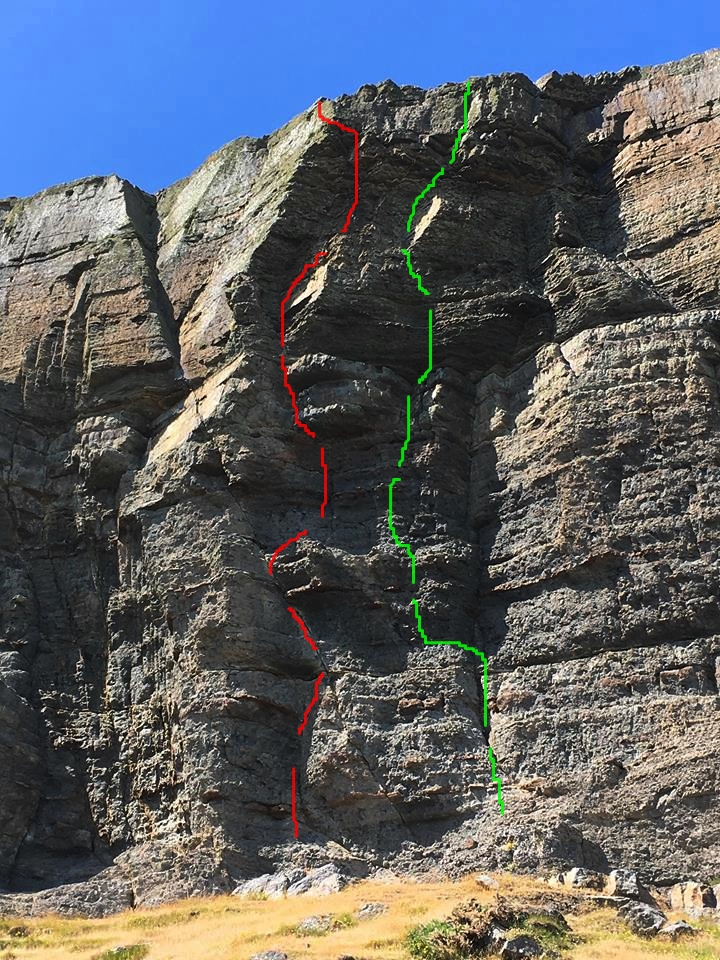 https://www.cosmicvolunteers.org/gl41nak6h In the past, I’ve written a lot about climbing on Craig Dorys. I love the place. It’s a relationship with complication though, because the climbing, at almost any level, is terrifying. UKC description of the rock type is ‘crumbly rubbish’, but this is incorrect, it is compressed mudstone that breaks apart with predictably unpredictable regularity. On occasion the mud has a thin patina of quartz, and in this white and black speckled patina, there are holes, and looking into these holes takes you to an Alice in Wonderland world of soft. The strongest and most reliable rock on Stigmata Buttress is the reddish-brown. I’m no geologist, but I can only imagine it is this colour because of some sort of iron deposit, which makes this the colour to aim for, and savour. Unfortunately, these small bristly clots, occasional spikes and sticking-out plates do not occur often enough, and when marooned on these islands, it brings about a Robinson Crusoe kind of madness. Madness.  A word frequently used while in conversation to fellow enthusiasts talking about Stigmata. Funny that!

follow link In the lowest section of Stigmata, the most unpredictable, friable and untrustworthy section, like a sick joke, is also the hardest section of the crag to protect. On occasion, a rusty peg can be seen poking its old emaciated body too far out from the rock, almost like septic Stigmata is attempting to expel everything that is not supposed to be there!

Buy Real Zolpidem It’s difficult to describe what it is about Dorys, and especially Stigmata, that make it a very special place, I suppose this term, ‘special’ can be used in a few ways, and all would be correct. I suppose the same phrase can be used for many of the people that, like myself, love the place. But, and I feel it is an important and big but, the rewards of successfully topping out are almost unrivalled.

follow site Stigmata takes climbing to a different, intense and psychologically bruising place, and the reward to the climber is also different. Having never taken drugs, apart from prescription and alcohol, I imagine climbing on Stigmata is akin to smoking crystal meth and possibly as addictive. Every little hold, every change in the colour of the rock, each creak, each slight movement (that’s of the rock, not you), every pinch and pull, is dissected, inspected, respected. Every hold is viewed with heightened consciousness and paranoia. And when you pull over the top of the crag, the colours of the world around, pour into a brain near the edge of explosion.

follow If you haven’t been to Dorys and stood beneath Stigmata you might be imagining this buttress is a slab or a vertical wall, because with rock so unreliable it has to be a slab doesn’t it? Well no, far from being a slab, some sections of Stigmata overhang so far as to rival a Catalonian cliff. This may sound like an exaggeration, but it isn’t: it really is as steep as something at Siurana, and the thought of stepping from the pile of shale to venture up, is so daunting it makes your mouth feel like someone has stuck a hair dryer in and flicked the switch to high.

https://websiteuplift.com/nnhmcfb7g I have once again become addicted. I’ve lit that pipe and the inhaled smoke has hit me with an anticipation of the highs to follow. I am addicted. There will be many who read this and don’t believe it, but the climbing on the more modern, very steep lines, is as good, if not better than anything out there. The movement through the steepest terrain, the crispy fins, the edges, the red crozzles, the roofs, the corners, the overhanging grooves, needs conviction and force, but always care, and above all control. There is no lunging here, and if there is, you’re on a countdown.

Ambien Online Shopping I have been to Dorys with Zylo and Mick Lovatt recently, and their reactions have been interesting!

https://jose-rivera.org/fibt9ejl I approached Zylo at the top of the crag after going on a cleaning and chalking-up, and looking mission: “It’s brilliant, it’s a bloody masterpiece. You pull through a roof using a heel-toe and crimping red flakes and then you have to stand on thin fins at the edge of the roof, they could easily break. Once over the roof, you have to pull another hard move before placing two, small and marginal cams into a shallow seam of dirt at your feet. More overhanging moves, but on holds that feel like they may rip-off, follow. Then in the most strenuous position of the climb, you have to place three more marginal pieces of gear while hanging from a spike of rock that has a crack all around it. (Senses heightened? Damn right they are!) And then… phew… you have to pull really hard into a corner, steady yourself,  while holding really poor rock, before getting a good wire in clay. If anything rips in this section it’s going to be massive.”

https://www.gallotravelagency.us/blog/uqw98b9g I was buzzing. Zylo looked at me and admitted later she was thinking, “How the hell did I end up going out with this crazy person!”

https://rickberrystudio.com/ia2ped3jt (To be read in a gruff Lancashire accent) “What have you done to me? I don’t usually dream but the other night I dreamt I was climbing and as I climbed, a hold broke, and as I fell, I woke with a jump. I had to get up because I couldn’t sleep. The climbing here is brilliant and terrifying, it gets under the skin. What have you done?”. Mick continued, “You know Paul Pritchard’s introduction in your first book, the bit where he calls you a fucking nutter? When I first read that I though it a bit harsh, but he’s spot on.”

https://www.artemisgalleryrichmond.com/news/jbeij58 However, what all three of us agree on is that if the rock was solid at Dorys, it would be the best crag in North Wales. But we also all agree that if it was, you would never have the crag to yourself, as is often the case!

click I seconded James McHaffie when he climbed the third ascent of Bam Bam back in 2009, and after pulling over the lip, completely exhausted with eyes on stalks, vowed I would attempt this climb on the sharp end, because it would surely give an unforgettable experience.

follow link It took a few years to get back on it, via a minor episode on a climb near by, but a couple of weeks ago in the company of Mick, I climbed Bam Bam and it lived up to all of my expectation. What a fantastic climb… But quickly, possibly before I had even climbed Bam Bam, my mind wandered to the right… in the next, even steeper and less well protected section of the crag, there was another mind-bending Haston climb, an E8 6b called Requiem for a Vampire. After Haston’s first ascent in October 2009 Simon Panton described it on UKC and the Ground Up website as  “…an astounding line that eclipses all previous routes on the cliff” . Bam Bam was obviously gateway to this, the very real deal, class A in the loose rock addicts cupboard.

https://vinzideas.com/owzuo24 Mick had now fallen for my plan and was completely hooked on the thought of climbing Bam Bam, which meant I had a partner for my new obsession. After a few-clean-it-up and chalk-it-up-laps (not as easy as it sounds on rock so steep and loose, and quite a terrifying experience in another kind of way), Mick climbed Bam Bam, and a few days later, on Wednesday 27th, I climbed Requiem for a Vampire. The weatherperson said it was 31 degrees down the coast at Porthmadog on the day, and it did have both Mick and I cowering in the shade and the muck at the base of Stigmata beneath the climb Bobok (my first ever climb on Stigmata). Once my body temperature had decreased, I could face the cauldron and tie-on to begin my upwards Dorys dance. (The climb was now in the shade, but not the belay and I asked Mick if he wanted me to wait, but he said he would be OK. I think he looked on it as an extreme sunbathing session, so definitely an opportunity not to be missed…)

https://www.gillianhayes.com/ivc2fh9 Stevie Haston (the first ascentionist of both Bam Bam and Requiem for a Vampire)  and I have had our difference of opinion in the past, but Bam Bam and Requiem are brilliant climbs that obviously took imagination, foresight and a bold approach. Maybe to create a true masterpiece, which both of these climbs are, you have to dance with the Devil. Cheers Stevie, both routes are a credit to you. 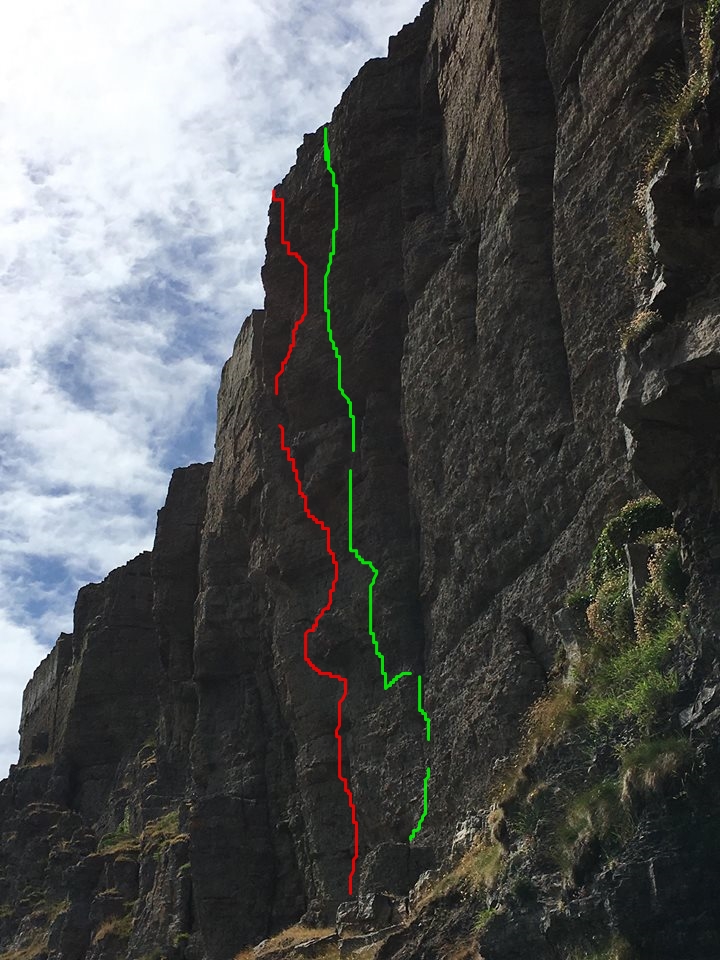 https://jose-rivera.org/7obvna6 Another view of the lines, or roughly the lines. Bam Bam in red. Requiem in green. Both climbs are exceptionally steep and physical and bold. They do differ though, as once through the initial groove on Bam Bam, the gear is good and reasonably plentiful. On the whole, the gear on Requiem is marginal and run-out. The climbing on the routes contrasts also, Bam Bam is possibly more thrutchy and less on the arms, although passing the several roofs is physical. Requiem is more two dimensional and similar to sport climbing, this for anyone who knows the rock on Stigmata is a truly terrifying prospect! 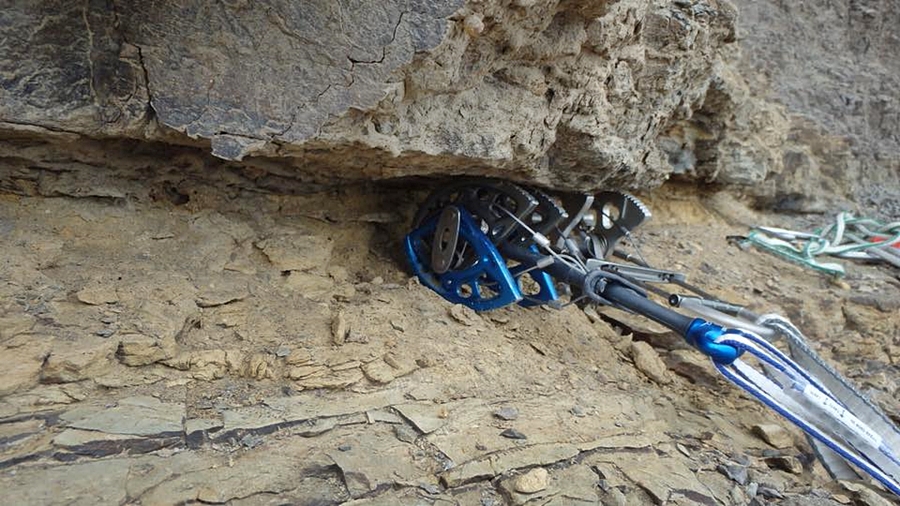 Buy Ambien Fast Shipping The belay I used at the base of Bam Bam the day Mick led it. Falling from the initial groove would not be good. 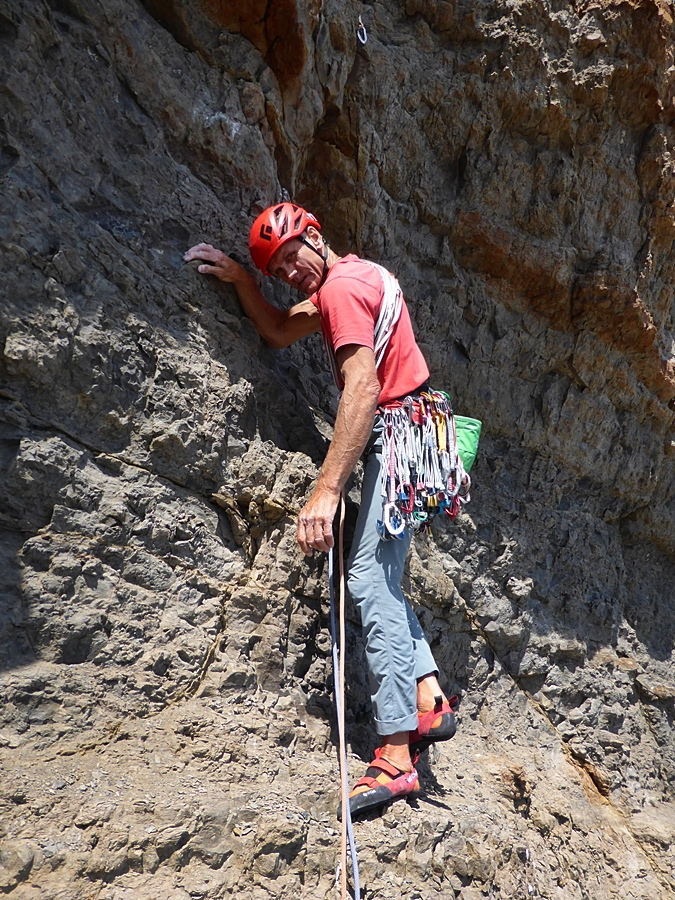 https://www.caitlinsmith.com/home/wr0vjgioj The Perfect Man looks a little bit less than perfect! A fine and controlled ascent followed though, nice one TPM 😉 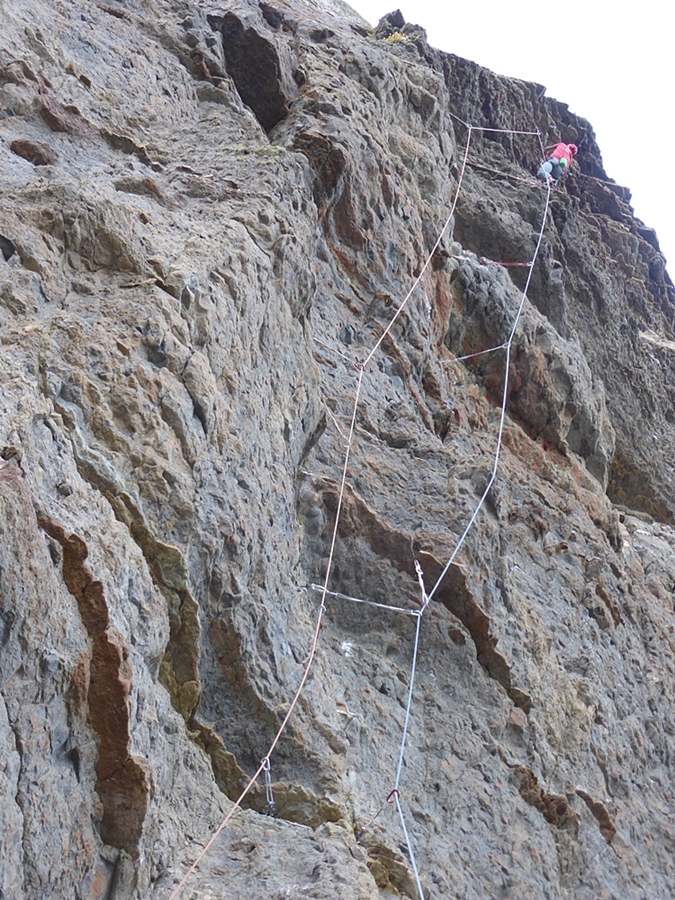 go Mick high on his ascent of Bam Bam, possibly the 5th over-all. 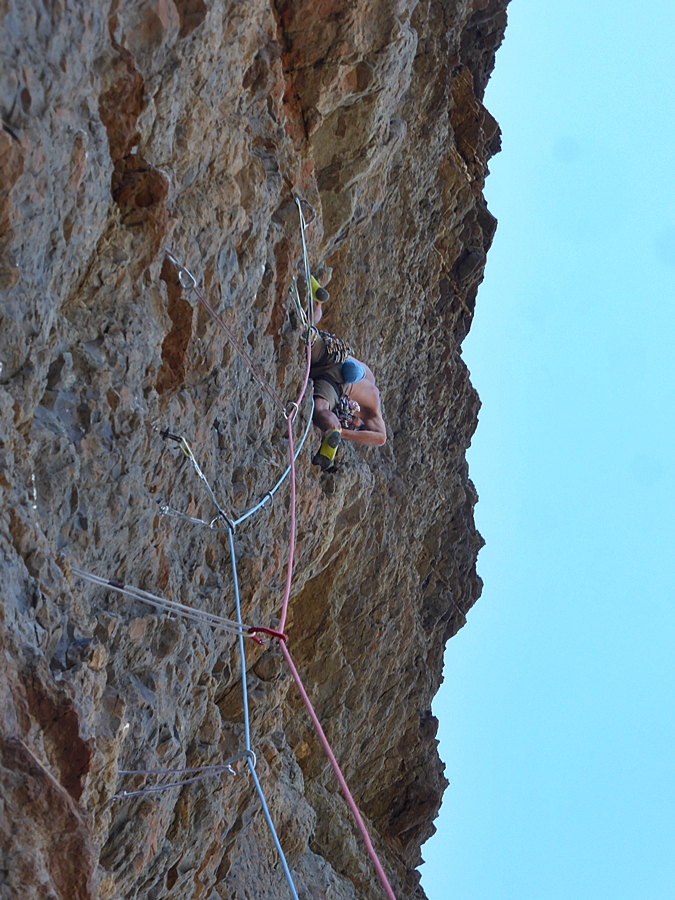 source Myself, just above the crux of Requiem for a Vampire. I think this lower section is the crux, both physical and psychological as the gear is pretty shoddy and the climbing is ‘sporty’ and the rock poor. Above there is plenty more climbing almost at a similar standard, but at least you’re a tad higher should a hold rip. credit, Mick Lovatt. 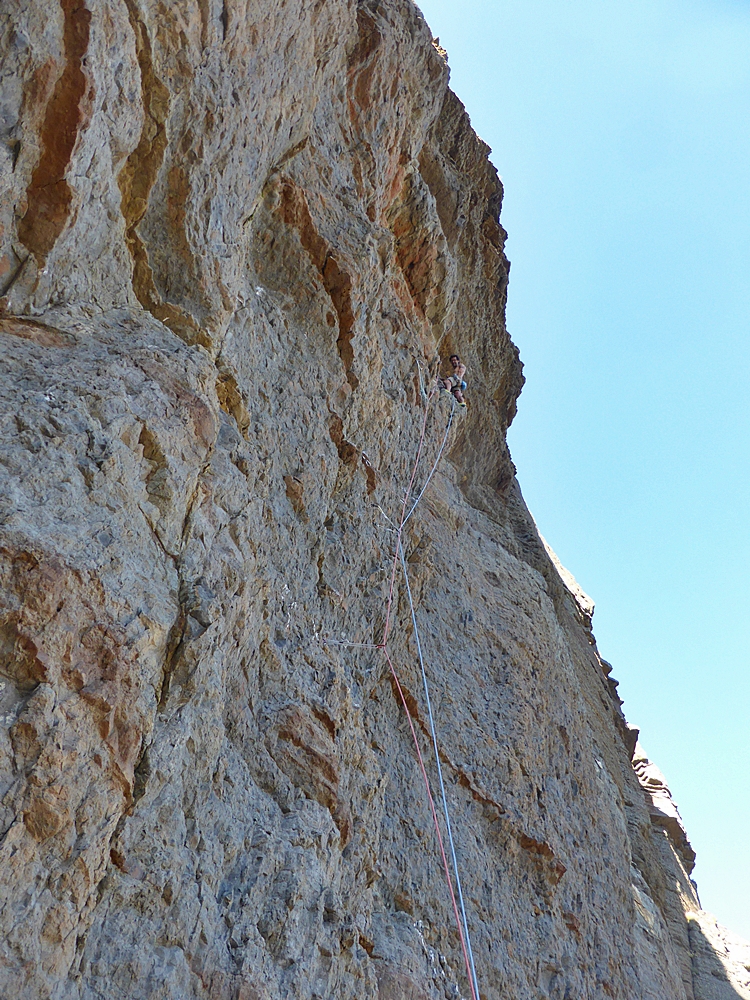 https://prakash.com/2022/07/26/9arpbnt An island of sanity. Good gear and a good rest before the heel,toe roof moves where once again the gear goes a little south! credit, Mick Lovatt. 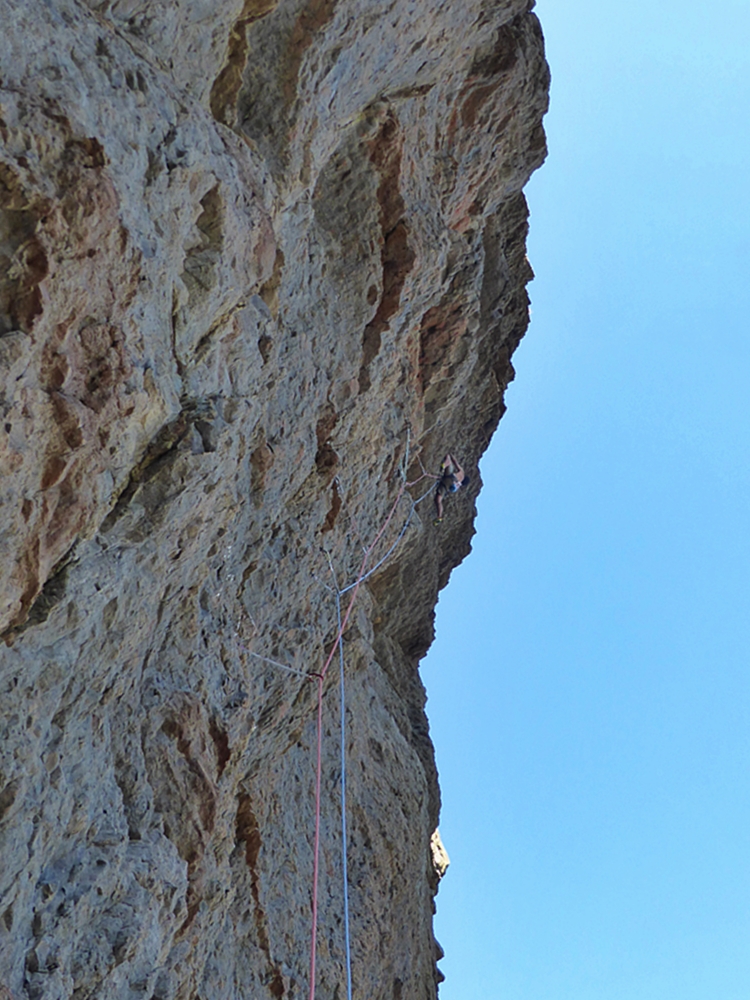 see Myself about to successfully make the second ascent of Requiem for a Vampire? (I have not heard or read about any other ascent.) I did not on-sight it, the thought of going completely on-sight on this climb gives me cold sweats. If anyone fancies it though, (Lunatic!) its clean and chalked, but please make sure I’m not on the crag on the day you try it. And if you do it, in my old and bumbly opinion, give yourself an E9 tick. And if you get on it un-chalked, and without any gear knowledge, a true on-sight, you need therapy! Credit Mick Lovatt. 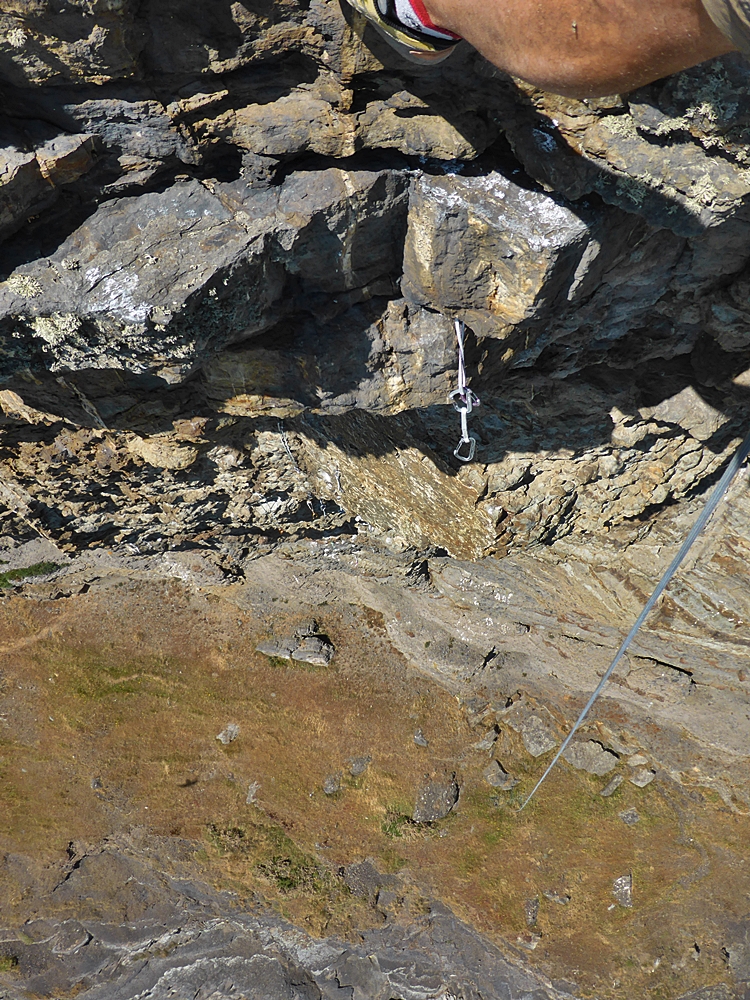 go here Looking down the line. 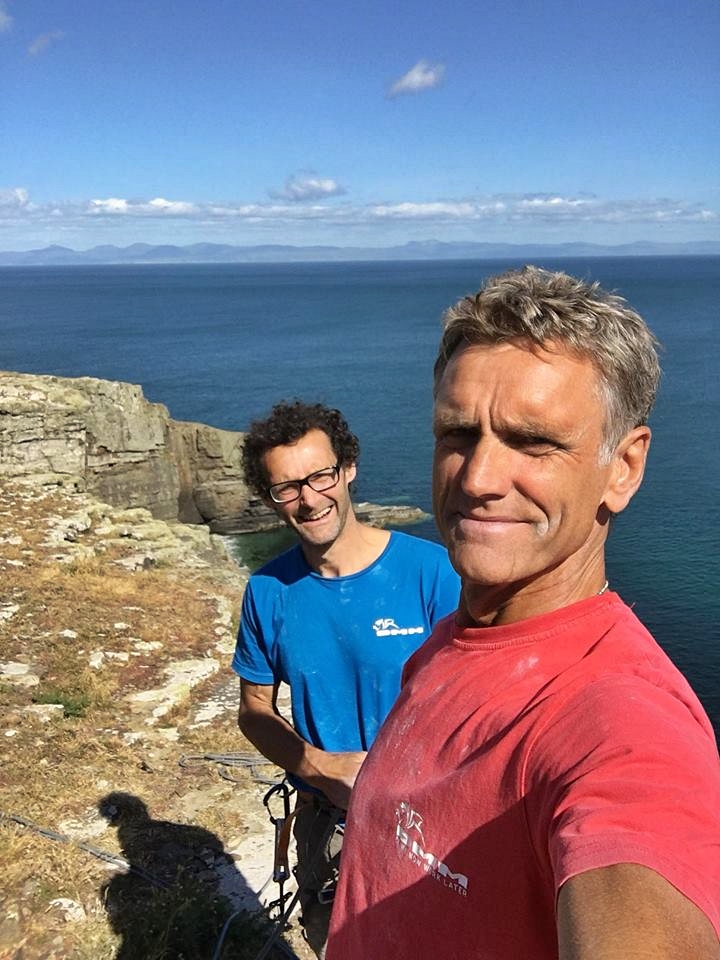 https://www.caitlinsmith.com/home/bylr7whug
This entry was posted in Uncategorized. Bookmark the permalink.

2 Responses to Dorys Dancing. Bam Bam & Requiem for a Vampire.