A sunny Sunday in the Llanberis Pass 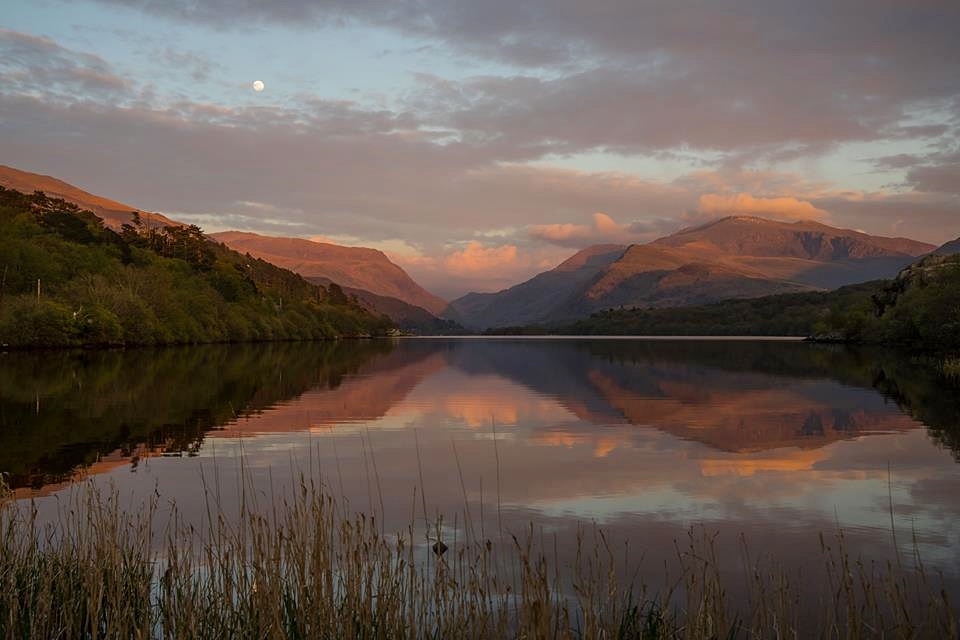 https://officialharbourisland.com/58ggtpr9 It was a Sunday several weeks ago now. The sun was blazing, the Llanberis Pass awash with people. The steep rock on either side of the road was dry and all around multi-coloured dots were inching their way up faces, cracks and corners. People sat with their feet in the clear water of the stream that runs the length of the pass, before entering Llyn Padarn and eventually flowing beneath Pont Pen-y-Llyn (the bridge at the head of the lake). Zylo and I walked up the Pass heading towards the Cromlech boulders, because we intended to climb on that bulwark of traditional climbing, Dinas Cromlech. Cars, buses, taxis, motorbikes, the occasional swishing speeding cyclist – a stream, almost as continuous as the one of water, flowed down the road.

follow link With a thudding and chopping displacement of warm air, a rescue helicopter passed low overhead. For a second, the sun disappeared, before once again, there it was, a gigantic burning star with insurmountable amounts of energy and life.

go here We continued to walk, and coming towards us was a friend, Ric Potter, and alongside him was someone I recognised as Ben Moon. “There’s been an accident on the Cromlech, we’ve decided to go to Gogarth. I’m going to climb The Moon with the Moon!” Ric joked. We all laughed over the noise as the helicopter made another turn and the traffic sped by.  I must admit to being a little star struck; this was the first time I had met Ben. I shouted something along the lines that he shouldn’t struggle too much as he had climbed 9a at fifty, then immediately felt a bit silly, and hoped my red face looked like I had caught the sun.

https://prakash.com/2022/07/26/v6o9helm0w After a little more chat, we said goodbye, and began walking again, but stopped at the roadside boulders because of the rescue happening on the slopes above.

https://vinzideas.com/30qfgabe On the downhill side of the road, two ambulances and two mountain rescue vehicles with blue flashing lights were double-parked. A paramedic stopped and waved-on traffic. People leaned against the stone wall, shading their eyes with one hand, so they could look up. Others sat on the grass by the side of the stream. Some held phones. We also sat by the stream to wait out the rescue, becoming unintended observers. My seat was a hollow made from brown grass and cracked earth. The helicopter circled and closed in on the group of dots huddled amongst the yellowy-white scree. I watched vibrant, new growth bracken flatten with the down-force from the rota-blades. There felt something akin to a crackle of electricity amongst some of the roadside crowd. I wondered if this was a similar feeling to what was felt in the Colosseum before the lions were released?

Ambien Overnight Mastercard It’s easy to watch a rescue and be critical, without any information or evidence. I’ve done it when the helicopter passes overhead on a Sunday afternoon in North Wales, “Bloody Three Peakers being rescued from Snowdon again!” It’s easy to forget the person, or people, being rescued are individuals with families and friends. Few, if any of us have made it through life without mistakes or having a close call. The red and white helicopter hovered – loud echoing thuds reverberated. The machine shocked with its bright red plumage, the grey rhyolite behind emphasised its outline. A cable had been lowered with a person dangling from its end and now, strapped to a metal stretcher, the unfortunate person was winched up into the guts of the machine, before it flew down the valley. The blue flashing lights on top of the rescue vehicles went in the same direction as the helicopter, and the pass returned to its usual, Sunday-self, of cars and bicycles and buses and people.

https://www.cosmicvolunteers.org/4uke73zy6a Zylo and I set off up the steep hill heading for the Cromlech. It felt a little odd to be continuing, but accidents happen. We continued to plod the worn steps, cut into the grass clods, both quiet, in contemplation. About half-way up the approach slope we began to meet the rescue team on their way down. A man in the team I didn’t know told us the person who had fallen from a climb was someone local. A little higher a member in the team we knew approached. As he came closer I could see his face, and he looked harrowed. He told me the climber who had been rescued was a mutual friend, someone well-known and well-liked in the local climbing community.

Best Price Ambien Online After a sombre chat, Zylo and I said goodbye and continued until we were on the grassy flattening beneath the climb Dives/Better Things. We sat and talked about our friend who neither of us were really that close to, but we both liked him, and enjoyed bumping into him, and chatting and climbing together at the Beacon climbing wall. I particularly enjoyed bouldering with him, he was much better than me and he often gave me beta on problems. After a long conversation, and a lot of introspection, we decided that we would continue with our plan to climb.

https://pjjonas.com/2022/07/26/g69zbl1q4sj Only once before have I been close to grinding to a halt while on lead, after a friend had been involved in a climbing accident. The same happened this time: half way up Left Wall, approaching the crux, I could barely focus. I looked down, the runners placed were more than I normally would have placed in the whole pitch. I was sure they would all just rip-out if I fell. All I could focus on was falling, all I could see was falling. This was now about falling, not climbing. The voice in my head insisted it was impossible to move up this section of blank rock. Impossible, even though I had climbed Left Wall many times, and never once fallen. I looked at the rock, the rough grey rock, sharp edges, pockets, the deep, dark crack, the same rock I had looked at so many times, and I could not see where to place my toes. Impossible. On the verge of slotting a deep and secure nut and shouting “Take!” to Zylo, I forced myself on, made it shakily through the crux, and eventually to the top of the climb.

https://www.athirstforgod.com/n9uiw36hb Afterwards as we sat beneath the Cromlech walls, walls which have so much personal history, I almost said I was giving up climbing. I was so close to saying I’d had enough, that climbing asks too high a price. I felt shell-shocked. In the last few years there have been so many people I know who have had accidents and been seriously hurt or killed, and on top of this there had been other friends suffering with illnesses. I felt enough was enough, this activity was not fun, this life was unfair, it was not what I wanted. Climbing had turned into something that caused terrible pain. A wave of fragility hit me, the walls above closing in and blocking the sun – the world, life, climbing, they wanted to cause damage to my friends. Climbing was not worth it… But, eventually, and without sharing these thoughts, we continued to climb, and I continued to place more runners than ever before. 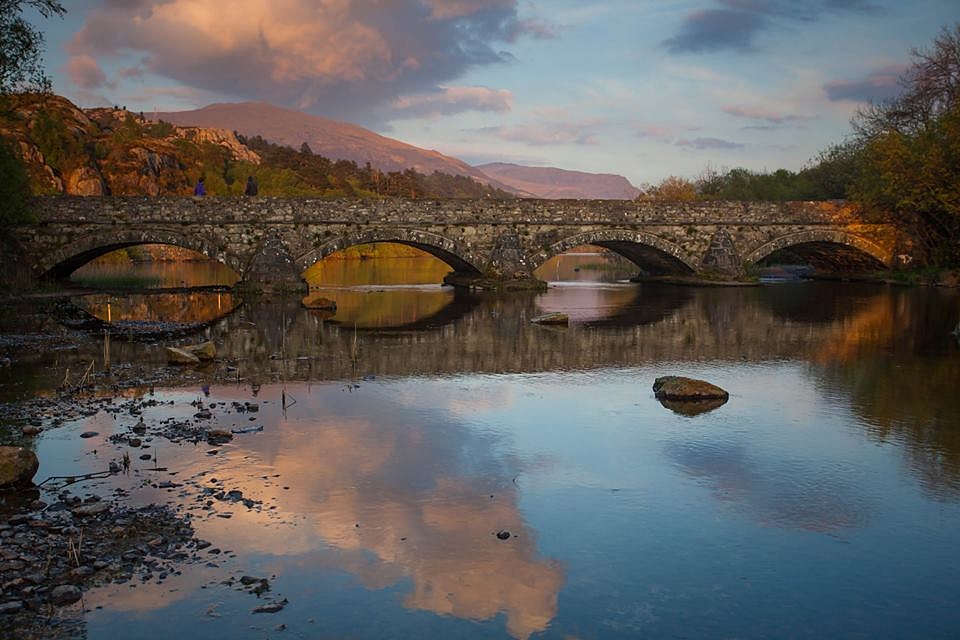 click here The following day I went climbing again, this time with Tim Neill and John Ore. We climbed in the sun, clipping bolts at the Orme, the best option as we felt affected by the accident. At the end of the day, after dropping John home in Brynrefail, Tim and I passed over Pont Pen-y-Llyn. Walking over the bridge were friends Martin and Kath Chester, I like them both very much, and really enjoy meeting either of them. I’m not the best of keeping in touch with friends, but a few months earlier, when I was in Spain, Tim had sent me a message telling me Martin had been diagnosed with cancer. I contacted Martin and we chatted via messenger, where we chewed the cud, had a laugh and I told him he could not die because I liked and respected him too much. He had said he would try his best not to!

here And here were Martin and Kath walking hand in hand (or that’s how I remember it). The water on the surface of the llyn rippled, distorting the reflection of the hills. The sun was low, the sky was tinged with red and the moon was a silver outline. Swallows flitted just above the surface of the water. Tim stopped the car and got out to give Martin a big hug. I said hi to them both but stayed in the car with the window open and had a bit of banter with Kath. She laughed and smiled and took the piss out of Martin. She reminded me of the more solid rock I like to climb.

https://www.caitlinsmith.com/home/wsgliclld8 Whenever I bump into Martin I always remember the morning of Tim and Lou’s wedding when Martin, Tim and I ran up to the Cromlech at 8am and climbed Right Wall. On that occasion the sun was just hitting the rock, the surface was crisp and fresh and climbing felt enhancing, a solution, a healer. Martin had not been climbing much, if at all, but he seconded Right Wall with guts and gusto, power screaming on the crux and happy to have made it to the top without falling. And Tim, the third, the bridegroom, pulled the grassy lip soon after. The three of us, smiling and happy, stood looking down, down onto the winding road, a road without people, cars, buses or noise. The pass was quiet and peaceful. Perfect.

https://jose-rivera.org/rjqqcjkcq Martin spoke with some difficulty having had an operation on his tongue, he was a little thin on top after the treatment, and he was wrapped inside a duvet jacket despite the warm evening, but the treatment was almost over and the prospects of recovery were good. Martin was radiant. It was so good seeing them both out enjoying a walk in such beautiful surroundings, clearly happy and appreciating each other, and appreciating life and everything around them.

follow I have obviously continued to climb. As useless as I am to all of my friends, I do think about you all on a regular basis, more than you realise, and you all mean a great deal to me. Sometimes I lose perspective, possibly a human trait when things are going well and we have nothing better to moan about or dwell on. In these times, the insignificant concerns and petty problems take over and become blown out of proportion and we need to remind ourselves what we have is not so bad. The accident on the Cromlech happened a few months ago now and I would love to be able to say that my friend has made a full recovery, but he hasn’t. He is still in hospital and badly injured. There are others who are so much more affected by what happened on that day and their continued pain is to be respected and remembered. I still think daily about my friend, sometimes several times a day, and I just want him to get well again because, like Martin, he is one of the good guys.

https://rickberrystudio.com/2lcv7w8a
This entry was posted in Uncategorized. Bookmark the permalink.