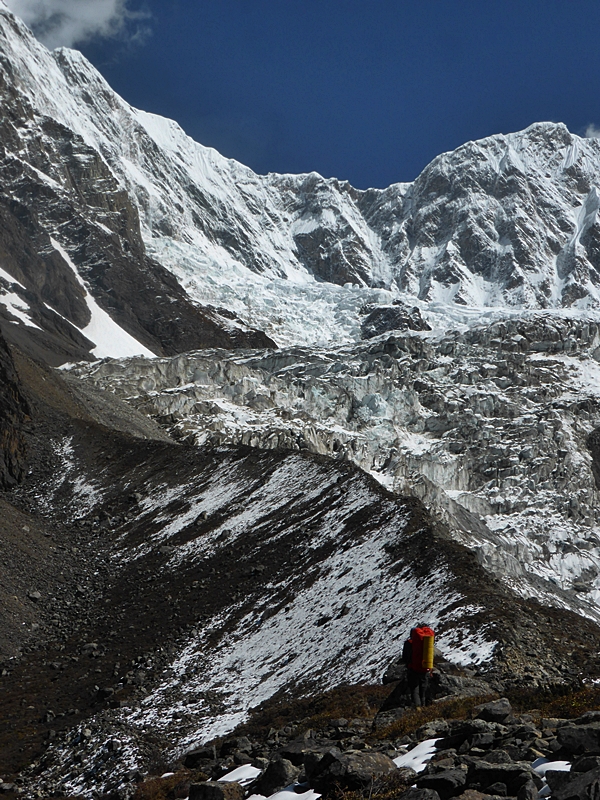 Base Camp was at a height of 4100m. The climb on the south face started at 5700m above the icefall. On first acquaintance, it took three days to almost find a way through. The second time up, it took 3 days to get beneath the face. On the final time, we reduced the approach to two days. To the best of our knowledge, no-one has been through this icefall and beneath Gogga’s south face. (And I’m not surprised!)

Since returning from an expedition in China three weeks ago, I have been giving a few lectures, and because of this (and because I want to train to regain my personal high, low level of fitness) my writing has been on hold. Below is the start of what I hope will be a published article… Three weeks to write several lines, not bad going that. I’ve also added a few pics from China but not many because they will also be a part of an article if I ever get back to being a writer.

I’m sat in a house above the village of Deiniolen, North Wales. Large windows look out to the hills dusted in snow. The wind blows and the skeletal branches of an ash tree jerk. A low layer of cumulus moves across the sky. ‘Superstition: belief that is not based on human reason or scientific knowledge, but is connected with old ideas about magic, etc.’ Oxford English Dictionary.

I’m 52 years old, the same age as the British climber Paul Nunn was when he was killed by serac fall in Pakistan. The flip of a coin. Nunn’s death was nothing to do with lack of skill, lack of experience, or, for those who have spent a great deal of time in the mountains know, could it be called poor judgement. It is naïve to think that only a fool, or because of a mistake, people die in the mountains. People with understanding know there are occasions when risks are taken, and on that rare occasion, the coin is flipped. There are so many unimagined factors and pressures that can lead to that one in a million.

I have just returned from an expedition to a 7556m mountain called Minya Konka, or Mount Gongga, Sichuan Province, China. On the run-up to the trip there were more times that I didn’t want to go than the times I did, but the mountains have meant so much, how do I know when to decide enough is enough? It’s actually more complex than this, of course it is, because the mountains have enhanced my life almost to the point of being irreplaceable. The physical and emotional strains have formed me and given unsurpassed highs. But the mountains have also exacted a high toll, so much so, that in the last few years, I have begun to wonder when my time will come… 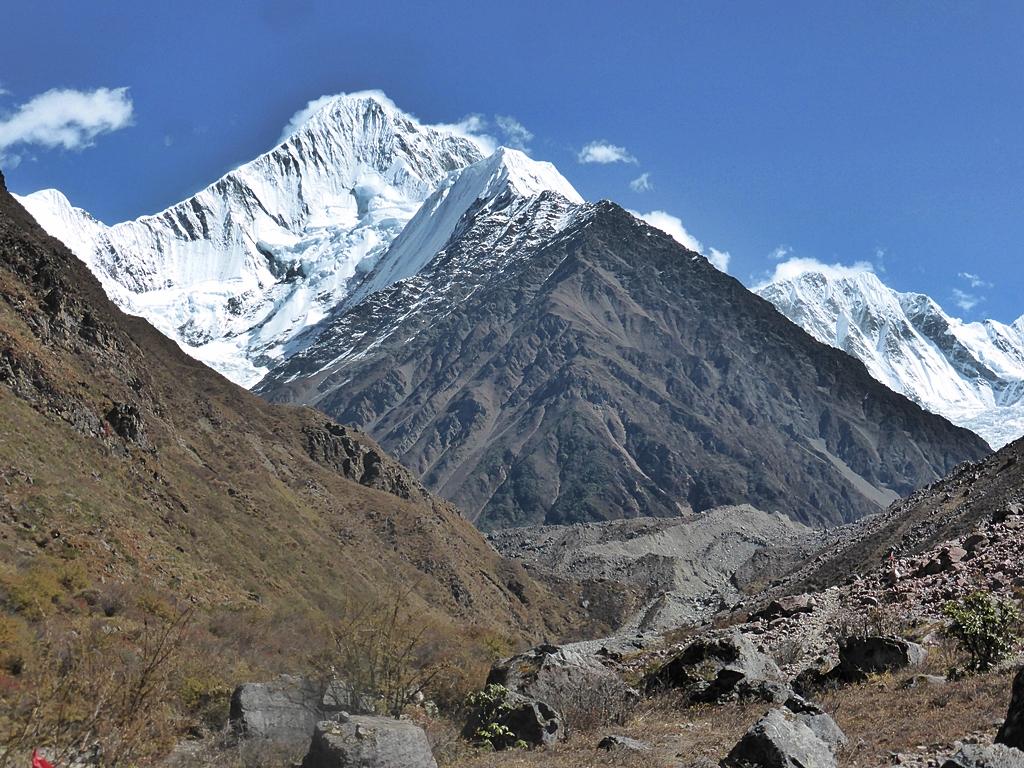 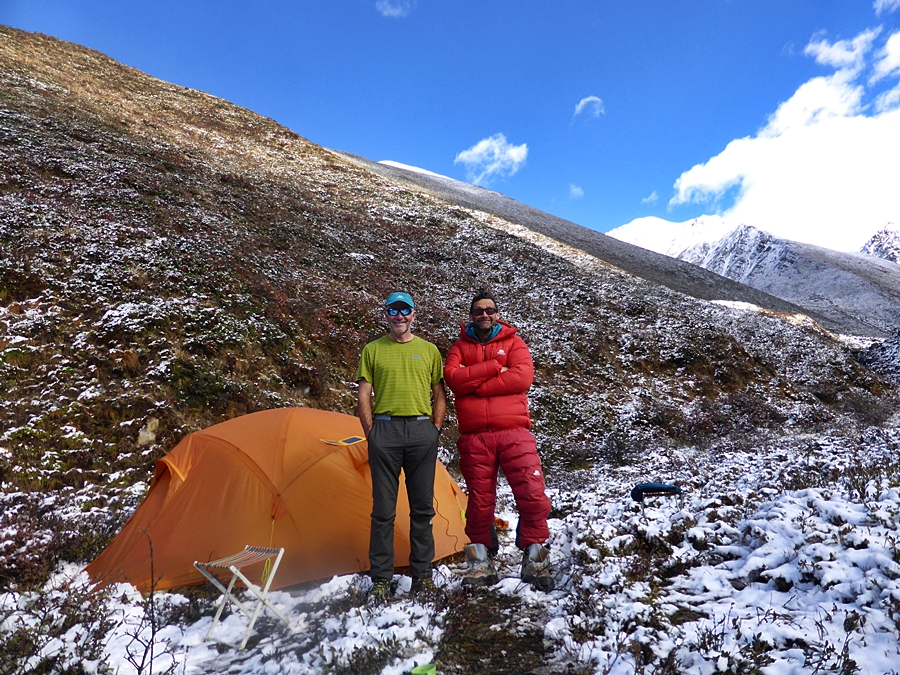 Paul and myself are very different people but we get on together well! 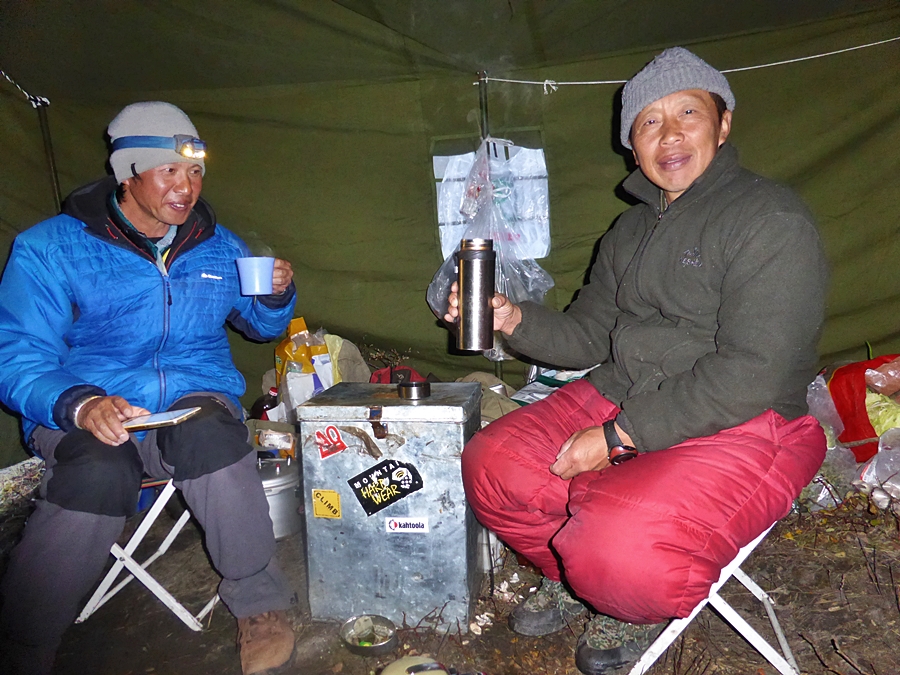 Mr Pan our LO and Mr Chong our cook. Also very different people. Both enhanced our time in China very much. 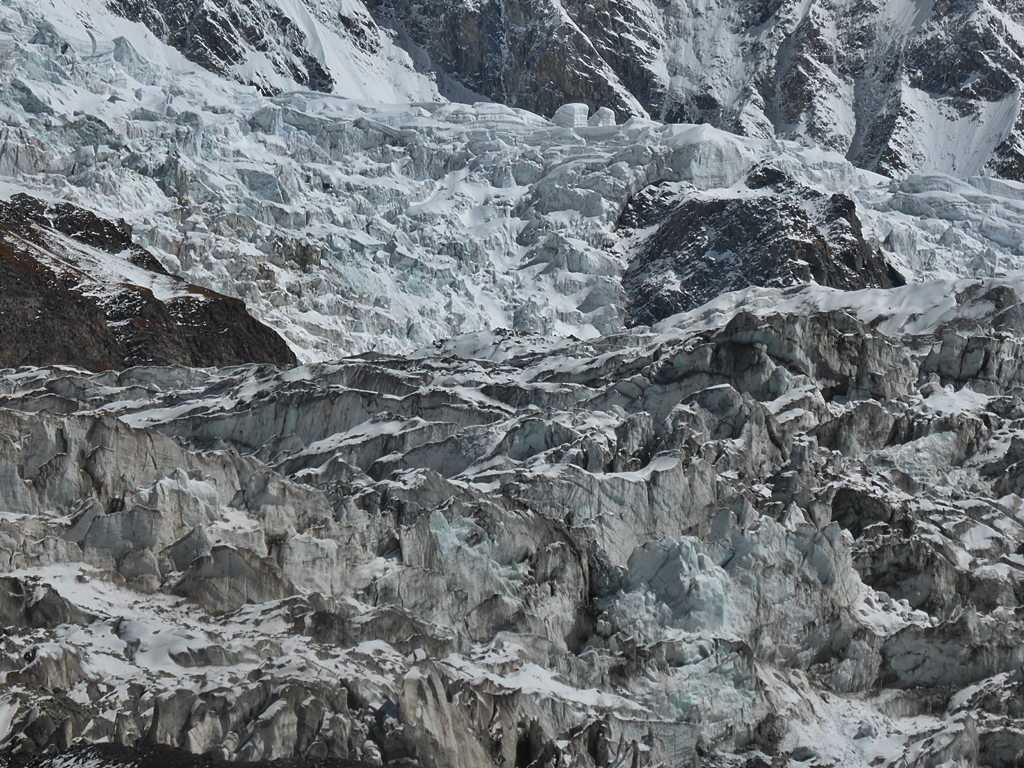 The icefall that Paul and I passed through six times. 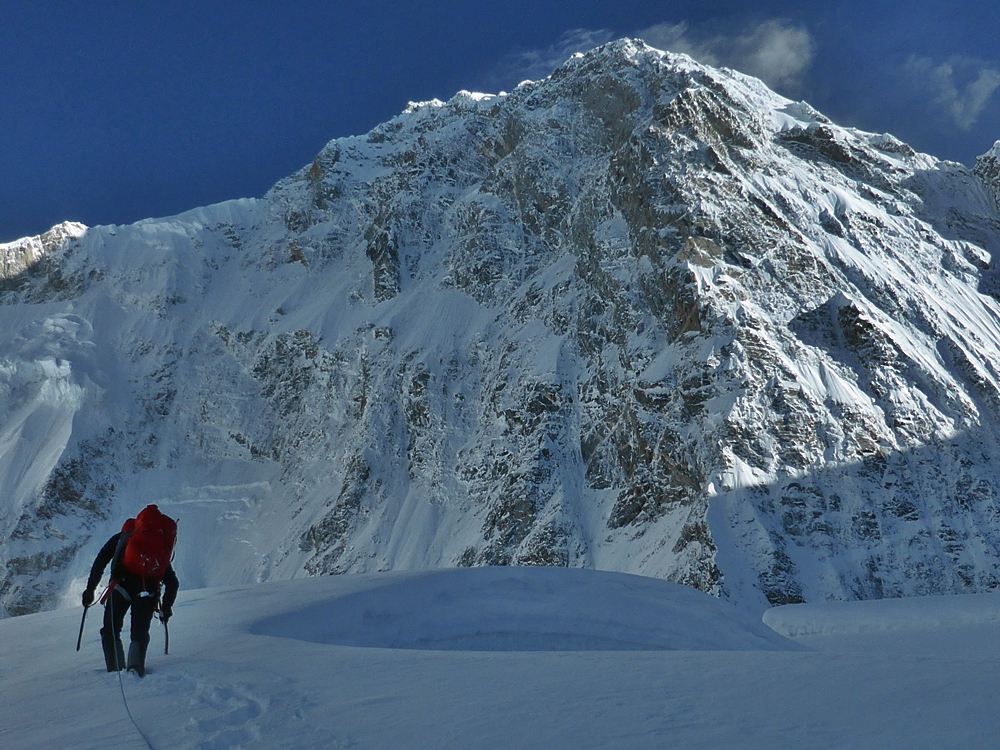 Paul about 30 minutes away from where we camped beneath Gongga’s South Face.

3 Responses to Returning from Minya Konka.