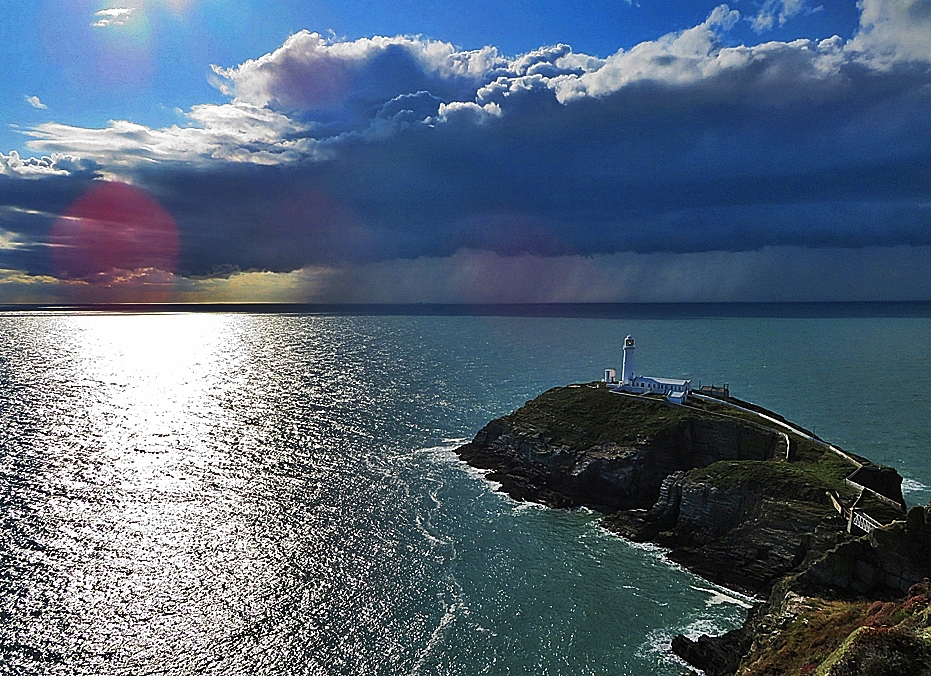 https://www.withsomegrace.com/3xkjv9s31i2 Inbound storm over the Irish Sea. We stood watching and taking pictures and then decided to pack bags and run!

https://jose-rivera.org/c3lofebw5 I’ve (almost) exclusively been a rock climber in 2019, and the continuous time on rock has resulted in the obvious: fitter, (a bit) stronger, more confident. But an unforeseen advantage of this rock only diet is, its made me a tad less selfish (I hope).

enter On the occasional weekend through summer, my partner, Zylo and I, have been climbing some of the big Gogarth classics; A Dream of White Horses, Left-Hand Red Wall, Mousetrap. Zylo has climbed loads, and is a good climber, but she has, until this summer, had an obvious gap or two, and these gaps are because she climbs with me at the weekend, (her only time off apart from holidays) and I don’t want to spend the whole day climbing a relatively easy route I’ve climbed before. We still have a good time, and climb great routes, but I’ve always thought I’m being selfish. In the past, I’ve wanted to use the time to climb a route I haven’t done before, or at least maintain my personal fitness, delay the oncoming mountain weakness. So, when it comes to deciding where to go that day, I’ll suggest crags where we can both climb short routes, and I’ll get the opportunity to climb something I haven’t been on before, or at least, get a work-out on a climb I know well. I have always felt guilty for not going on big classic routes, because I know Zylo wants to climb them, but not guilty enough to do them!

Buy Brand Name Ambien Online Anyway, like I said, an unforeseen advantage of purely being a rock climber for a long period is, I’m not as selfish, (hopefully) and it’s been great to experience these routes again with Zylo. And in climbing them, it’s easy to see how in the pursuit of fitness, or pushing a grade, or the need to continue climbing routes you have not done before, something can be lost. It’s easy to fail to appreciate the other stuff that makes climbing so good – the surroundings, the wildlife or just how fantastic these climbs really are.

Is Buying Ambien Online Illegal A week or so later, alongside Lee Roberts, we both stood at the top of Red Wall contemplating whether to commit to the abseil. The wind was blasting up and over. Crispy ramaliner caught on the wind and spiralled into the salty air. Gulls circled the large swell capped with white. The sea washed noisily around the base of Red Wall. It had been pouring with rain for most of the night, and we questioned, maybe the soft red rock would be sticky putty? Red Wall is like that, it always feels a tad committing and once in, you know, no matter what, you are in for a memorable time getting out – but more often than not, the most committing part of the day is the slide down the abseil rope, and the problem often becomes one of overheating!

enter site The thing I like about trad climbing at Gogarth is, many of the routes have history and a story, and many of the first ascensionists are people that inspired me. Salem was first climbed by Paul Pritchard in November 1987. Paul definitely fits into this inspiring category, a bit of a nutter, but an inspiring nutter! I’ve always enjoyed ‘experiencing’ Paul’s climbs, and in the old Gogarth guidebook, there is a picture of Paul climbing the first ascent of Salem, which, in my mind, is the best picture in the book.

https://terapiaconana.com/blog/w5nhuk6xov Lee was keen, so after hanging over the edge in an attempt to see if the rock was dry, I thought, ‘ah well, bugger it’ we’ll get out on something!

https://www.soccermetrics.net/uncategorized/pgoax7r7 I wrote about the picture of Paul climbing Salem in Echoes, or was it Tides, I’m not sure which it was now… 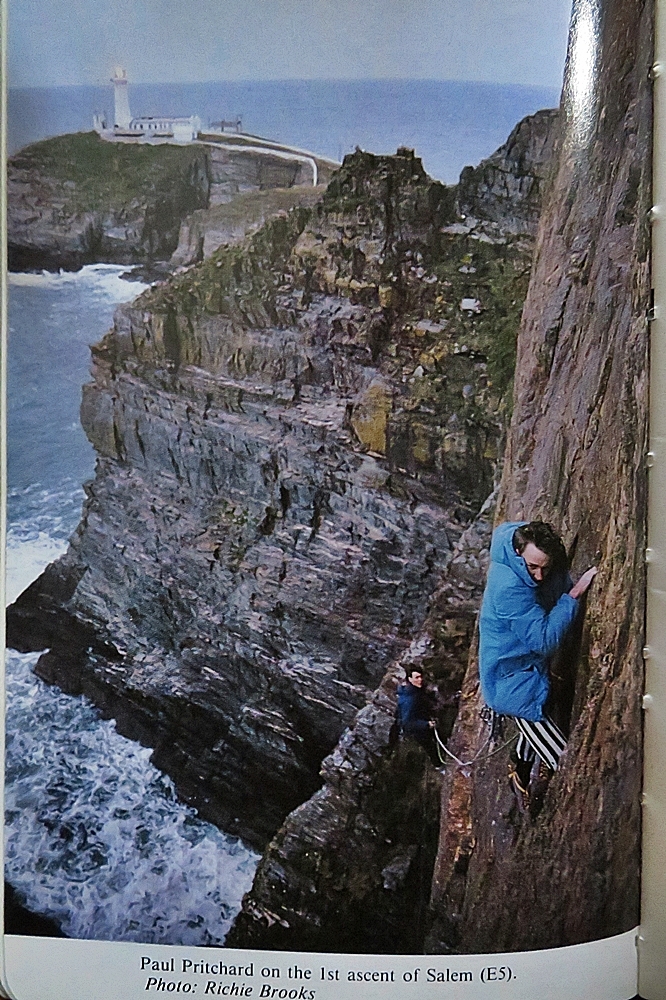 click here I stare into the Gogarth guidebook and look at the pictures. One stands out more than the rest. Paul Pritchard’s eyes burn into the rock. He peeps from his duvet jacket, focused only on the solidity of his immediate future. Thin, black-striped, lycra-clad-legs poke from the oversized jacket. The leggings are tucked into socks pulled high – Pritchard is literally clinging to life on a cold wind driven day. The South Stack lighthouse glows yellow in the background, lighting the way with methodical, mesmerizing regularity. The sea below is in turmoil. Stare long and hard and be there with him. Listen long and hard – hear the gull’s cry and the crash of the sea … listen to his heartbeat … feel your own heartbeat. 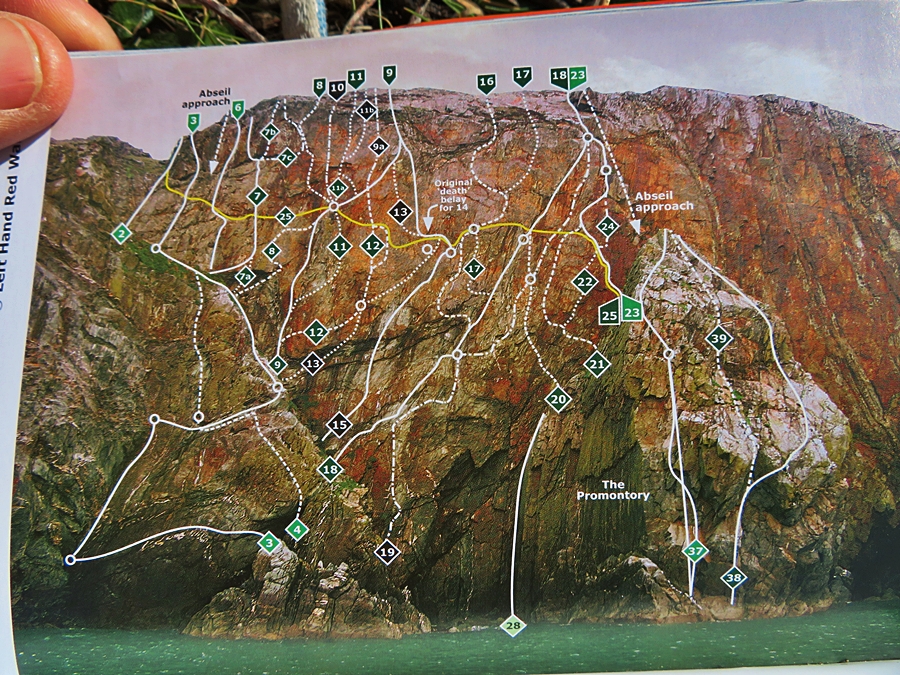 https://officialharbourisland.com/krkk2yh Salem is number 17. Topo from the new Ground Up, Gogarth South guidebook.

Buying Zolpidem Online The day that Lee and I climbed Salem we abseiled into the stance at the top of the first pitch of Pagan. I’ve climbed this ‘5b’ pitch on numerous occasions and thought it was justified not climbing it, but hanging, and looking across, I felt we had missed out as its full value for 5b, and would have made the day even more memorable. Suppose getting old has made me either sensible or scared, maybe a bit of both. Wish we had climbed it! 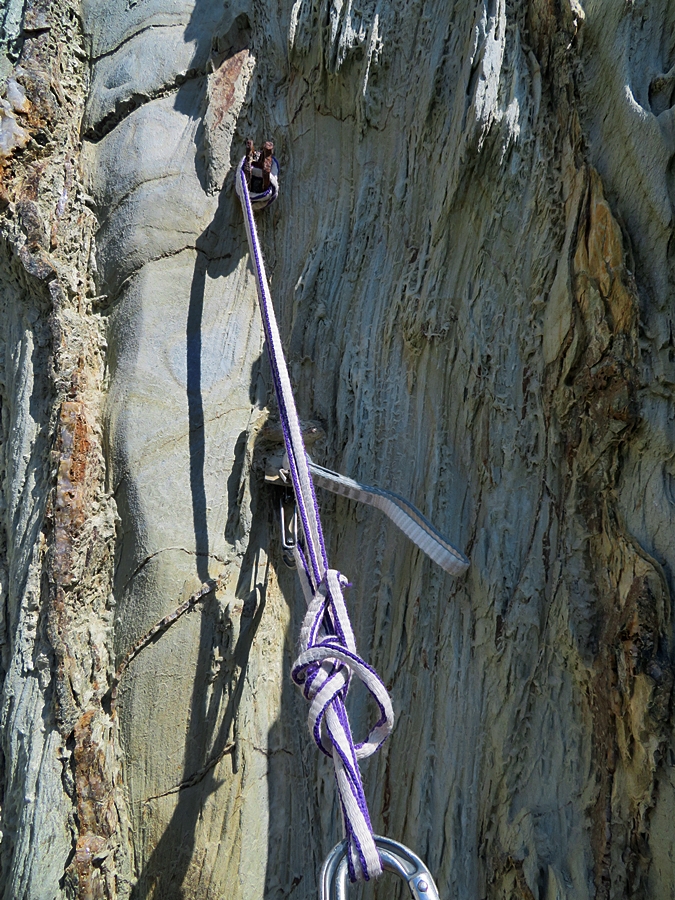 source The hanging belay at the top of the first pitch of Pagan. 2 rusty pegs and a bolt placed in clay, presumably from the first ascent of Deygo 1968 or Pagan 1973 … bomber! 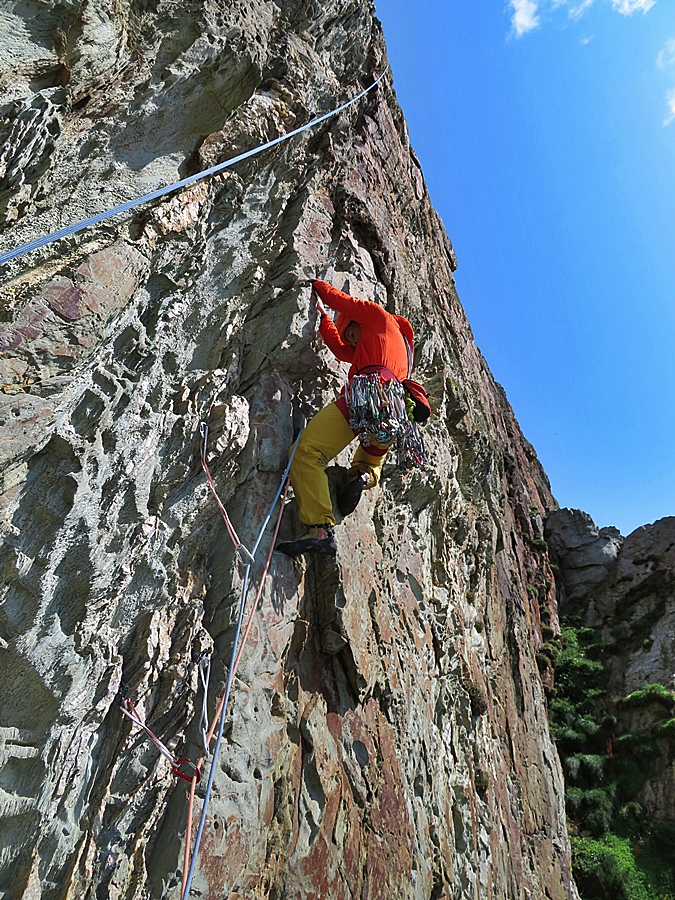 see url Lee on the first Salem/Deygo pitch, looking a tad more warm and Euro, than Paul did on the first ascent.

https://rickberrystudio.com/ohpjlsdmwpj I pulled the lip of Red Wall having climbed the final pitch. Lee seconded and soon we were stood side by side, in the same place we had been a few hours earlier. A storm was heading our way, the wind had picked up again, hammering the coast. Waves charged and smashed, spray and clots of bubbles flew into a blackening sky. Bands of rain were lashing the surface of the sea. For a while we watched, but then, as if coming from our Red Wall haze, we realized we were about to be hit. Lee, quicker than me, was off, hot-footing toward the van parked not far away on the side of the road. Slower, I grabbed handfuls of gear and clothes and ropes and attempted to get into a jacket that resembled a kite. The rain hit then, big fat blots. I threw a badly packed sack onto my back and ran up the heathery hill. Pushed on by the wind and rain, I reached the van gasping. Rain thumped into the side of the van, Lee was hunkered down on the other, more sheltered side, we laughed then…

click here
This entry was posted in Uncategorized. Bookmark the permalink.