The film of the first winter ascent of the Mindless Finish to Pic n Mix. 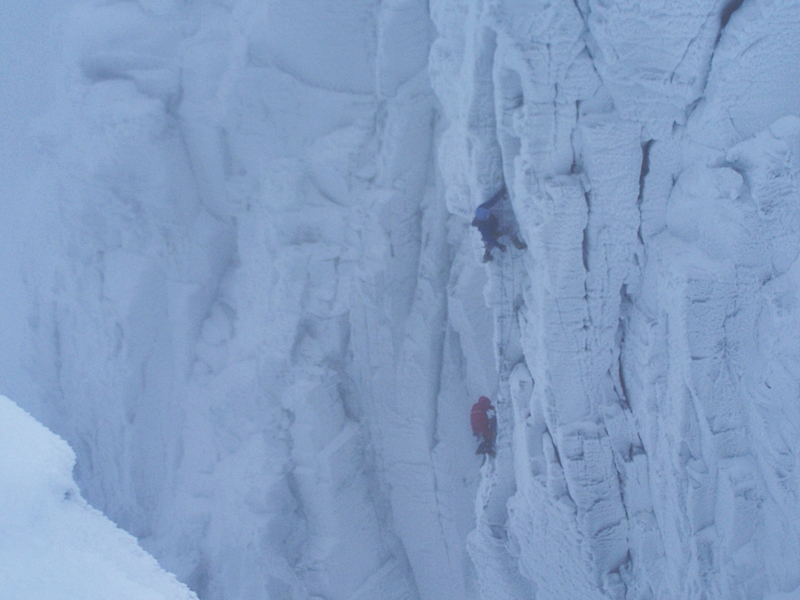 Myself leading, and Bayard Russell Jr belaying, on the first winter ascent of the Mindless Finish to Pic n Mix. Credit, David Mora.

‘Quick one – have you still got that footage of you on the pic n mix direct finish ? A kid I know is reading your books and got in touch with me when he read that story. He would love to see it, but I can’t seem to find it.’

I received this message last night (26/1/21) from Dave Garry. It’s possibly nine  years to the day, give or take a week, when I first climbed with Bayard Russell Jr on a BMC International meet, (the story of that week can be read HERE). Bloody hell, what a great week of climbing, and what a great friend Bayard became, and still is. Since first meeting him, a small tractor of a man with a sensitive side, we have climbed together in New Hampshire, Vermont, Quebec, North Wales, Newfoundland and Alberta, and I’ve stayed with Bayard and his wife, Anne, (who is also a great friend) in their quirky wooden house hidden in the woods, on many occasions. Along with the cats and Bailey the dog, they now have two kids, neither of whom I’ve met, but at some point I hope to. And at some point it would be great to catch up with everyone, in and around the North Conway area who also became valued friends, they really are a wonderful and welcoming bunch from around those parts.

So quick the years have passed, nine years and so much, and I’m not sure where it went, and of course, it’ll never return. And the thing that’s become obvious to me recently is, no matter how good you’re going, no matter how never ending a thing may appear, no matter how much fun you’re having, at some point you will slow, and things will change, and those things you revelled, and did so easily, they will now become difficult or even stop, and they will stop before you realize. So, treat it all; meeting with friends, climbing, travelling, laughing, being kind – treat it all like it’s the last time, because at some point it may well be.

Here is James Dunn’s film that I’ve placed onto Vimeo because it doesn’t appear to be available anywhere else now, sorry James 😉