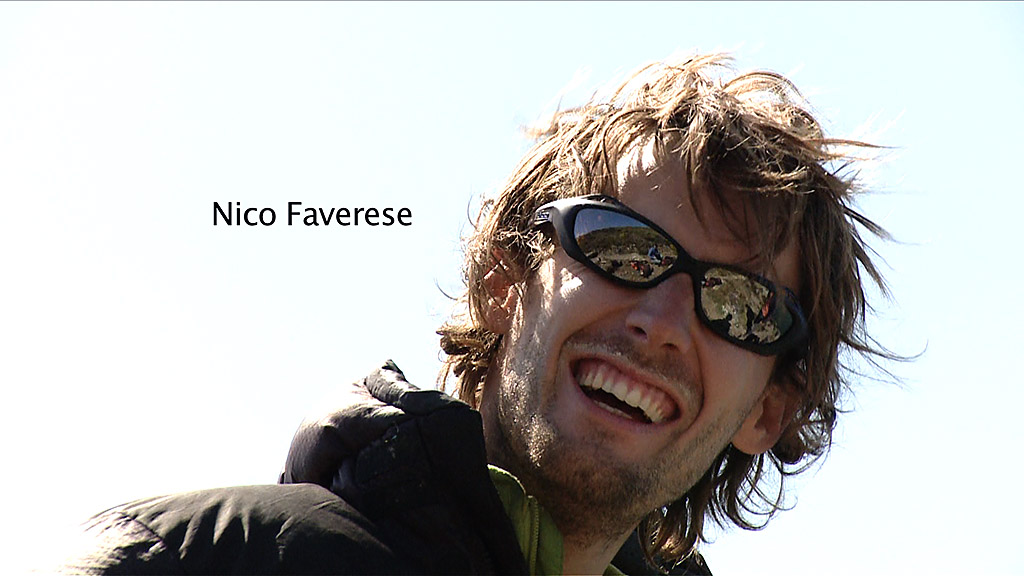 Below is a brief account of meeting and climbing with Nico Favresse on the BMC international meet and a short film clip of the consequences.

The BMC International meet has become one of my favourite times of, every other year. (It is a bi-annual event). The meet is held in May and, more often than not, it takes place in North Wales. Being an exponent of the cold stuff, the month of May is not the best time for my rock climbing. The winter cobwebs are still, usually, well attached.

This was the second BMC meet I had attended, and a few weeks before I gave Becky, the BMC organizer and friend, strict instruction not to sign me up with a Slovenian superstar who wanted gnarl, (as she had on the previous meet two years before). “I’m unfit, it’s only just summer, a nice E3, or E4 leader will be great. On no circumstances do I want a Slovenian wad!”

So in the Plas y Brenin bar, the evening before the start of the meet, the throng milled. The weather was set, and I was reasonably content to spend the week ticking classics with my international, E3 leader.

Becky approached. She wore a troublesome smile and in that Lancashire twang, (Something similar to Lisa Stansfield, the singer from a few years ago who had the number 1 song, All around the world) She warbled the beautiful words, “Don’t worry Nick, I’ve found you a nice Belgian to play with”. I couldn’t believe my luck, a Belgian, how cool was that? Belgium, land of Chocolate and strong beer – flat Belgium, no rock Belgium – I was happy.

I followed Becky until she stood before a small and scruffy, unshaven, non-threatening individual. He wore a massive smile. “Nick, meet Nico Favresse, your climbing partner for the week.”

Nico Favresse, the name sounded strangely familiar but, for the life of me, I couldn’t remember how I recognized it. We shook hands and chatted. I asked Nico what routes he wanted to climb? Crucially I asked him what grades he wanted to climb. “Grades, do not matuuure, just ze line iz important.” He said in that really annoying euro accent, kind of like Poirot, and the sort of accent that makes British women turn to jelly. Brilliant, game on, although I sensed my week of E3’s was fading fast.

I was staying at my friend’s house and later that evening when I returned from Plas y Brenin, I flicked the pages of a magazine. The magazine was UP, and it listed most of the new routes or significant repeats of climbs in Europe throughout the year. Something was niggling… Nico Favresse, Nico Favresse, I knew I had seen his name amongst the pages of this magazine. I turned another glossy page and there he was, a picture of my little inoffensive Belgium strapped to some desperate looking climb… the picture description read, ‘Nico Favresse makes the first free ascent of…’ I turned the page, feeling slightly nauseous and very concerned, ‘Inshallah, 8c+.’  ‘Oh shit.’

In a sweat I turned on the computer and googled my partner for the week, Nico Favresse.

I dived for the cupboard and opened a bottle of wine. I wept… Damn that Becky.

Dinas Cromlech, home to Cenotaph Corner and Right Wall, is home to British trad climbing. Brown, Fawcett, Redhead, Crew. The Cromlech is one of my favourite crags, and so it was on the first day of the meet a bunch of folk, including Pat Littlejohn, was ensconced beneath the towering walls.

Nico was suffering. A debilitating migraine had knocked him for six and as others were strapping it on, I sat and sunbathed, and felt reasonably relaxed with my get out of gaol.

“I’m sooo sorry Nick, you moost think me one of those type of climbares whooom talks more than he does?

I didn’t of course, I had seen the numbers the night before on my computer!

“No worries, Nico, you take it easy.”

Which he did by falling a sleep in the sun. On waking, Nico thought he might try Cenotaph Corner. Easy E1, brilliant. And after climbing the corner we both abseiled back to the sunny ledge where Nico virtually blind from the migraine nearly threw up. Another hour passed and once again Nico thought he would test his headache, this time by climbing Left Wall.

“Ah, I am feeling zee luuuv a bit moor now. I shall go right.”

Now I Began to grow concerned, as going right was the sustained and strenuous finish to Resurrection.

“You don’t need too, that’s another route.”

No, it wasn’t the line, not in my mind, but it was looking like it would have to be today. Nico skipped up the crack and breezed the powerful long reach at the top. He was obviously starting to feel better. And with each fluent move my concern grew.

“Now we shall try zis yes.

Bollocks. Zis was a route called JR, a sustained and technical E56b.

And feeling better, he ran up it. I knew I was in trouble then. And as soon as we returned to the ledge he was off on a vertical sprint up Lord of the Flies, E6.

As I slapped for the top of the crag seconding Lord, I knew I had to do something to get myself out of this upward spiralling frenzy of Bullock destruction. Already I had mentioned an E8 climb called Nightmayer, the climb that goes up the nearly blank wall to the left of Lord. I had mentioned that it had only received two ascents, and that both of these was after quite a lot of practice. I may have mentioned that it being a sport grade of 8a. I may not have mentioned that I had, on several top rope attempts, failed to reach the top of the crag. I did mention it was run out and I certainly mentioned there was a crucial number 1 wire placement that the first ascentionist, Steve Mayers had told me about.

I stood on the ledge alongside Pat Littlejohn. Nico abseiled the line, closely inspecting the holds and checking for gear placements.

“What’s he doing?” Pat looked up and puzzled.

Pat looked at me quizzically.

“But isn’t he meant to be good? The route does have gear doesn’t it, it is safe?

I looked at Pat to see if he was serious… And he was.

“Well, yes, it does have some gear Pat, but not a lot!

“Poor effort then don’t you think?”

I nearly choked before spluttering to Nico who was virtually touching down beside us,

“Pat reckons you’re being a bit of a lightweight Nico, he says you should go for the ground up, he thinks it’s a poor effort if you top rope it first.”

“OK, but only after watching Sean work it on a rope.”

Pat appeared to think this was ok. So everyone was happy apart from me, I think Nico’s nausea was catching.

Sean Worked the route on a top-rope, cleaned and offered information to Nico whom, after a while decided that, yes it was worth a shot.

I climbed Left Wall with my camera and took a grand stand.

Nico climbed confidently and cruised the lower section, which is a gnarly run-out Paul Pritchard E6 called The House of God, and then he proceeded to climb… I knew where a few gear placements were and shouted to Nico to place them.

“Is that piece good.”

“Yes, it iz textbook.” He happily shouted back…

I was pleased about that, as from Nico’s present position, I knew it would be the best runner for a long time, and as much as Becky had sandbagged me, it really would not do to kill the leading light of the international meet on day one.

Nico set off, turning and twisting his body…

Nico Favresse and The Nightmayer. from nick bullock on Vimeo.