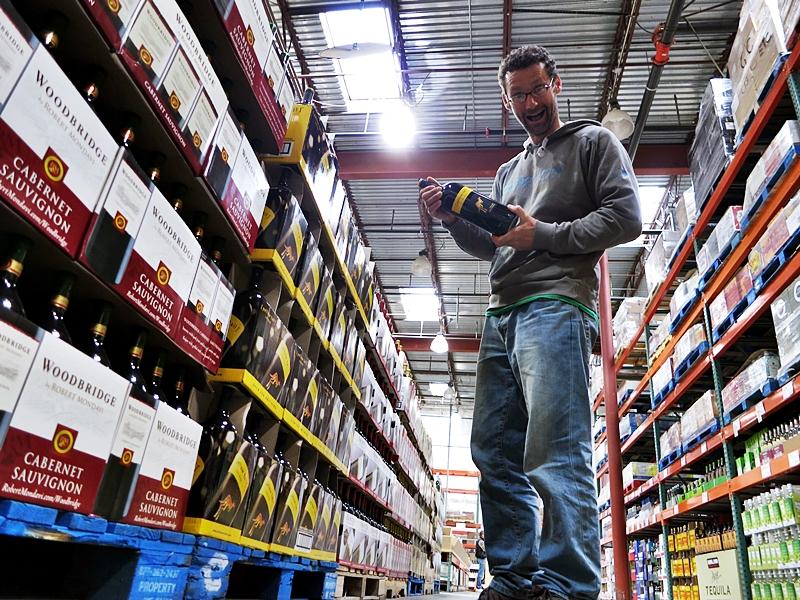 Delayed in Anchorage waiting for Houseman’s gear to be delivered before heading to Talkeetna and then flying in to Denali I’ve suddenly got the urge to write, good things often come from the flames. And delayed time in Anchorage has at least given me the opportunity to see this, the Echoes book blurb just released by Vertebrate and it’s also given Houseman time to hire a sat phone for tweeting from the glacier … Oh deep joy 😉

Down Time Anchorage. (A work in progress)

Airports, walking on the side of the freeway, bundling big bags, Armenian taxi drivers who are ‘living the American dream’, crushed beer cans in the gutter, pit-bulls and pizza …  an insight into a different way.

“Can I buy a cigarette from you?” A Native American woman waiting for a bus asks. Holding both of my hands up in a ‘don’t shoot’ I reply, “Sorry I don’t smoke.” The woman turns away, looks for her bus. I associate with her craving.

Hurrying, heading for Spenard Building Supplies in need of a file for sharpening picks and crampon-frontpoints, the rain darkens my jacket, sweat stains my t-shirt – a blotch in the centre of my chest like a gunshot, patches under both pits.

“Happy birthday to you, happy birthday to you…” The workers behind the WINGS counter doling out deep-fried, breadcrumb-covered-pieces-of-chicken, packed-in-polystyrene, sing – the woman with black hair, standing next to a string of helium filled balloons, poses for a picture. I wait for Houseman to get his order. A guy with an arm full of tattoo sits opposite, his overweight girlfriend alongside him eating greasy bird parts that add to her condition.

The hand, lit up orange by electric on the sign at the road crossing, indicates STOP … don’t walk, don’t walk, don’t walk … a white hand beckons … walk now – a line of metal boxes speed past, an exhaust-fume parade containing lives. A guy with a long black plat carrying a cardboard sign thanking God and begging for food, pleads with blurs behind the rain-smeared glass. Light turns green. Metal box with blur drives away. Man is forgotten.

Aircraft hangar superstores – feels like I’ve walked a million of them over the past two days -Walmart, Fred Mayer, REI, Costco – Retail therapy buying dried food and energy bars, gels, jam, dehydrated, desiccated – monster bottles of Australian red.  Houseman buys meat strips called jerky; it makes me think of an animal carcass torn clean by birds. It makes me wonder if the food we buy would be better used to feed the starving.

Houseman has now escaped Anchorage via Talkeetna Overland with the bags and boxes and gear. UPS turned up half an hour after he left with the offending items (Thanks BD!). I’ve booked a train for tomorrow leaving at 8am to reach Talkeetna in time for the national park interview which everyone has to attend. Only problem is, I booked the train ticket from the date on my computer, which is still on UK time for the 26th and tomorrow in Alaska is the 25th!