Fable for Another time. 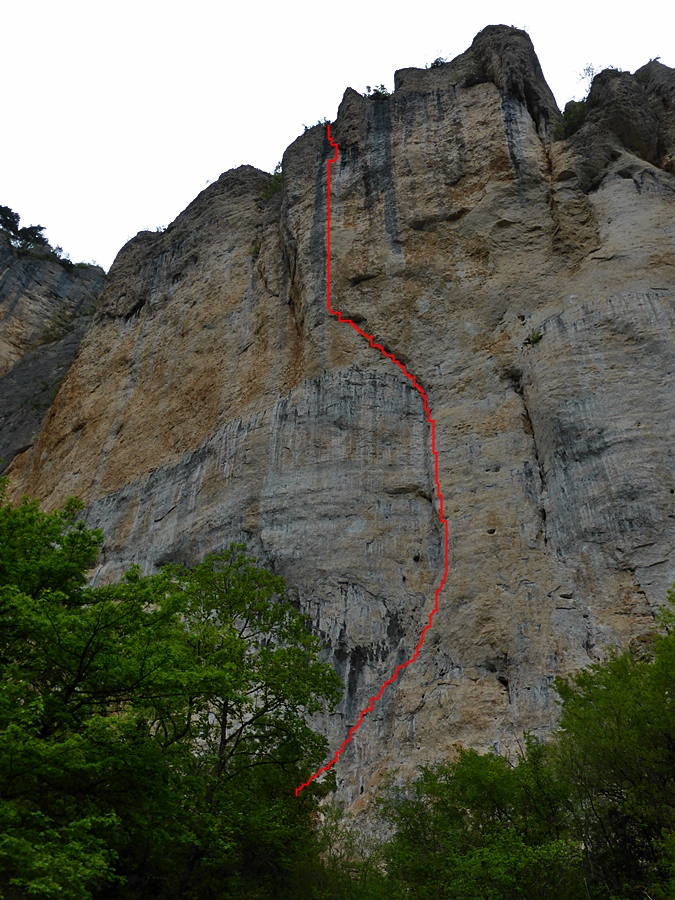 The line of Féerie pour une autre fois Extension, a seventy-five metre 8a in the gorges du Tarn. 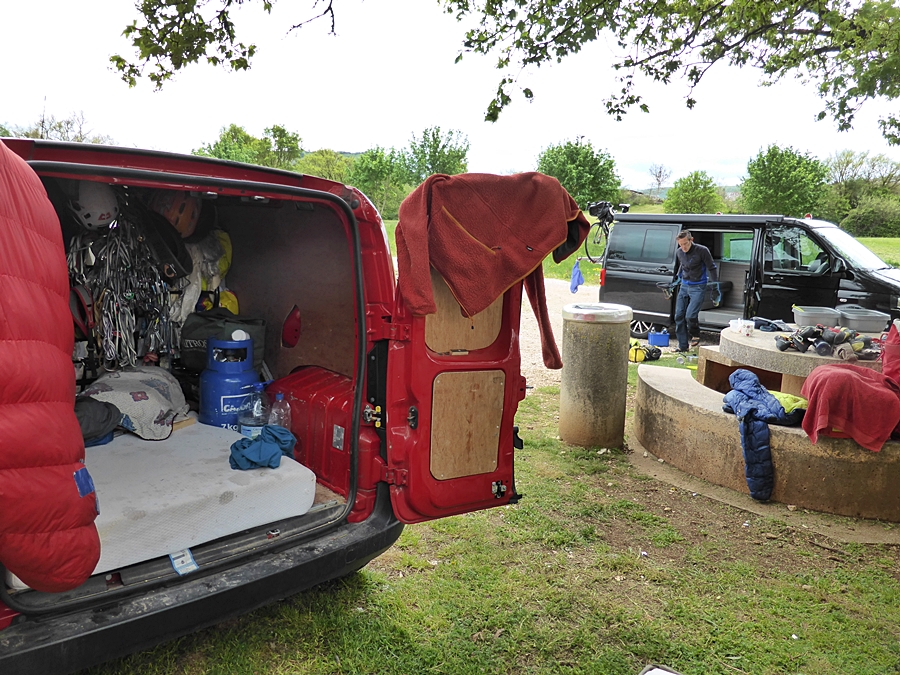 The rest day service station doss with luxuries such as a shower, hot water, a table, internet, a decent mobile signal, people other than Kirby (joke Rich) a toilet and a bird that sings a beautiful song in the middle of the night.

I drove my little red van deep into the night. Fields. Roads. Painted white lines. Over to the east, a large orange glow lit the night sky. Paris.

I was on my own and heading to the Gorges du Tarn in the south of France to meet Rich Kirby. Usually, I am driving to Chamonix and because of this, I had never driven to the south via the roads to the west of Paris. Already, I had almost run out of fuel, crashed at a round-a-bout, crossed several lanes while turning right, or is it left – but when I pulled up, in the yellow glow of the aire at two thirty in the morning, with the refrigerator units on the waggons buzzing and that shadowy eerie menace that surrounds these places or is it that I have a vivid imagination, I felt almost content. It was a feeling of being on the road. Making do. Surviving. Moving.

Rich had bought a one hundred metre rope especially for Féerie pour une autre fois Extension, a seventy-five metre 8a, the route we intended to climb, but after only a couple of sessions, Rich had split two fingers in the small sharp pockets, and at day four, with the top getting wet in the rain, I found myself wondering about moving to something less time consuming. Every go took two hours and along with the usual paraphernalia, sandwiches, protein shake, duvet jacket, belay glasses, belay gloves, electronic cigarette, hand cream, a book, Rich had also began to bring his I-Pod and speakers. The music didn’t bother me at all, but the lack of being heard while about to plummet from a height of seventy metres did!

It wasn’t only the time though, it was a combination of the length of the climb and the sustained nature, the wet, the doubt, but these things, these things that made the whole climb doubtful, were actually the things that drew me to it and made me want to continue. Choice. Decision. Turnings.

The old pine tree behind where I parked my van each evening, high on the plateau above the valley base and the climbing, was curved, it made me think of the neck of a dragon. The bark on the trunk, the neck, was peeling in large orange scales. A Coal Tit with a black buzz haircut flitted amongst the needles. Fire consumed.

I loved the effort and the doubt but I also wanted an outcome, a result. Result. Fucking result? Why was I not content with just the effort? Being here is result enough. Doing what I do, attempting to do what I attempt to do is enough. Result. Proof. Worth. List. Log. Collect.

As the dark took over once again, I sit in the back of my van reading Cormac McCarthy’s, Cities of the plains, for possibly the third or fourth time, maybe more, certainly not less.

An open and tough and true and honest and at times brutal existence is what McCarthy’s vaquero’s live, and each time I read the Border Trilogy, each time I hope for a different outcome, each time I find myself wishing John Grady, The All American Cowboy, could make himself choose a different path, make another decision, take another road, and each time I read my heart bleeds and my heart bleeds because I know he can’t, it is who he is and what he is and what he has to be, and every time I read, every page, every paragraph, every sentence, I become more involved, more embroiled and more caught up, more emotional, but stop, no, no, stop is not an option, I have to read-on knowing there is only sadness.

There was a national meeting of Citroen 2CV owners taking place in Sévérac-le-Château, a small town near the Gorges du Tarn and every day, for the first four days, the narrow country lanes and the centre of Les Vignes, the town just before the climbing with its bridge and the brown trout bending in the eddies, was clogged with Bacofoil cars, powered with an engine only large enough for a motorbike. Battered and grey, pink, yellow, brown, purple with bulging black wings, rag-top-red, army grey, flat back, panel van, there were thousands of them and every one of them was old and tiered and individual.

A vulture, with massive wings and pointed fingers flew between the orange pocketed rock. The dark grey tissue proved the back drop and small birds angrily bombed the big bird causing it to veer and alter its course.

Nothing is ever quite like imagined. Maybe the secret is being able to adapt?