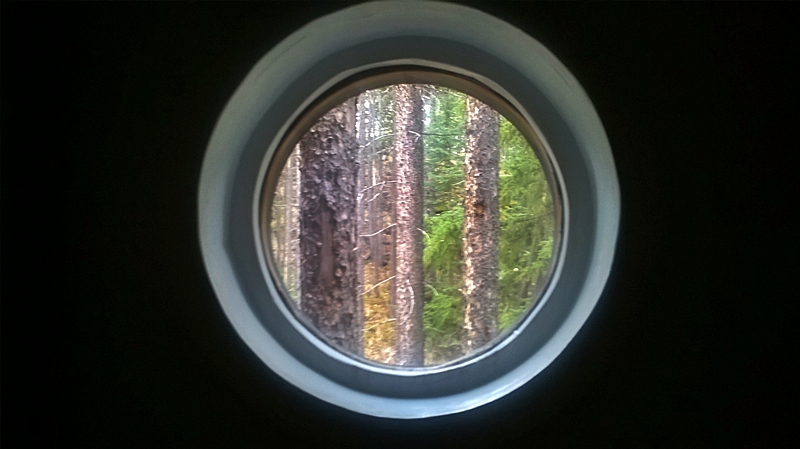 Its half past midnight when I arrive in Banff, the last person on the white shuttle bus that had carried five passengers from Calgary Airport. I sit in the back of the bus in the dark. A freight train bullies its way through the centre of town. Red lights flash and an X marks the spot. The deep bass of the train blurts solid. A grey cat with white stripes skitters across the tracks. It’s almost twelve years to the day that I walked from the door of Leicester Prison for the final time.  That was the end of my fifteen year, self-imposed sentence. And in the twelve years I hope I’ve learnt – I know I’ve certainly changed.

I was about to spend four weeks at the Banff Centre on a writing scholarship which I would hopefully use to complete the first draft of my second book. One Fleck Scholarship is presented each year for one mountain culture related artist, and luckily this year that was me. Sometimes, in fact most of the time, I wonder when I’ll be found out and people will realise the imposter and make an example and I will stand, tied and head-hung, ashamed and lambasted, a bad joke for being a dreamer. Possibly I will wake and the cell walls will once again impose? I’m not sure of the two which would be worse.

Four weeks have passed. I have averaged forty hours a week writing, and I have been fortunate to climb five days. I sit at the desk in a room that I’m about to leave – my wooden hut in the woods once again stands empty. The red squirrels will no-doubt still scamper along the roof as if wearing Dr Martin Boots, but unaware that I am no longer in residence. The Nuthatch will continue to point his head down in search of spiders.  I shall miss that hut.

I have fifty chapters of a second book uploaded and when its published, hopefully it will always remind me of that hut and the generosity of the people at the Banff Centre.

I cannot thank everyone at the Banff Centre enough, but especially Jo Croston who helped me apply for the scholarship and of course The Paul D. Fleck Fellowship which provided everything and more a writing climbing hobo can ask for. The fellowship was established by the family of the late Paul D. Fleck, a former President of The Banff Centre, in honour of his memory.

Below is a rough extract from my second book, Tides. (Working title) Chapter 1. Love & Hate.

I stepped outside – out through the small prison door and the sounds changed. There was the distant rumble of a lorry, and a snatch of a far-away police siren. Cars swished down Leicester’s Welford Road, furrows cut into the wet tarmac. I could hear the high dull whine of planes descending into East Midlands airport, the barking of dogs. I could hear and sense the wet clinging to branches in the trees. A few pigeons huddled in the shadow of one of the prison’s turrets, briefly mumbling to each other. I turned my face upward to feel the rain, and I imagined the stars beyond the sodium lights, fixed in a slowly spinning sky. The acidity in the rain felt cleansing. The exhaust-fumes in the air smelled of freedom. I breathed in deeply. I listened to the air enter and filter around my body. I could hear the mechanical creak of time.

I breathed out, turned and walked away.

Looking over my shoulder, I followed the straight line of red brick. The prison wall stretched above. Rain soaked my shoulders; high level lights lit the street. Shadows clung to the corners as if scared.

I had done it. I was thirty seven years old and I had resigned from being a PE Instructor in the prison service. I had walked from the job guaranteed for life, the job which at some point in my life was everything I desired – security, pension, stability, regular wage. I had walked, and as I walked the water beneath my feet squelched and the stars, hidden behind the clouds were burning bright – close enough to grab and take hold, close enough for me to lock away, lock away almost like some of the people that were no longer a part of my life; Reggie Kray, Gary DeBasi, Hate Em All Harry Roberts, Bobby Dew, Rookie Lee, Houston, Bronson. I almost felt free. Almost. 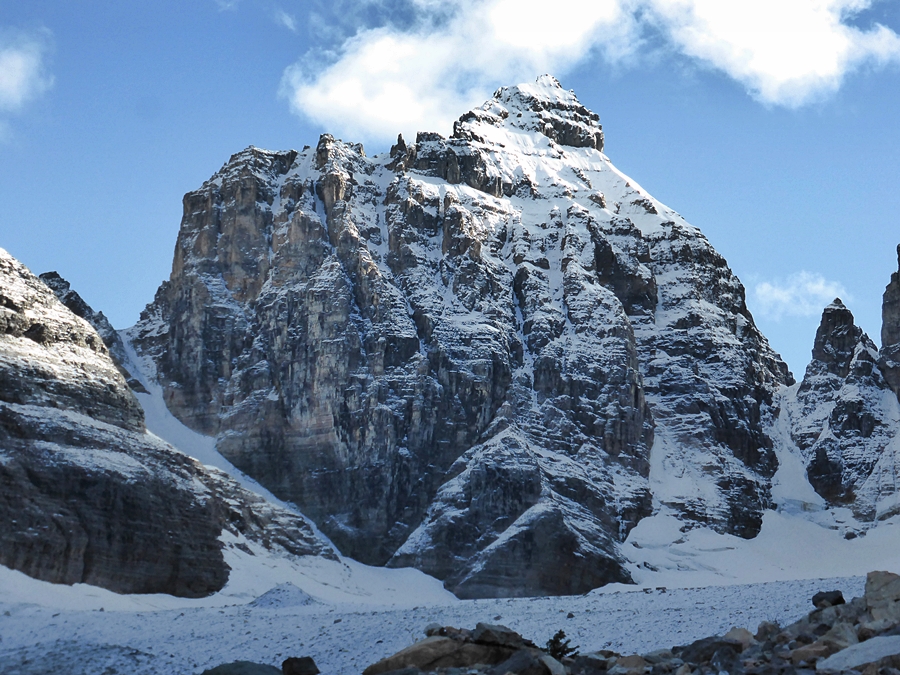 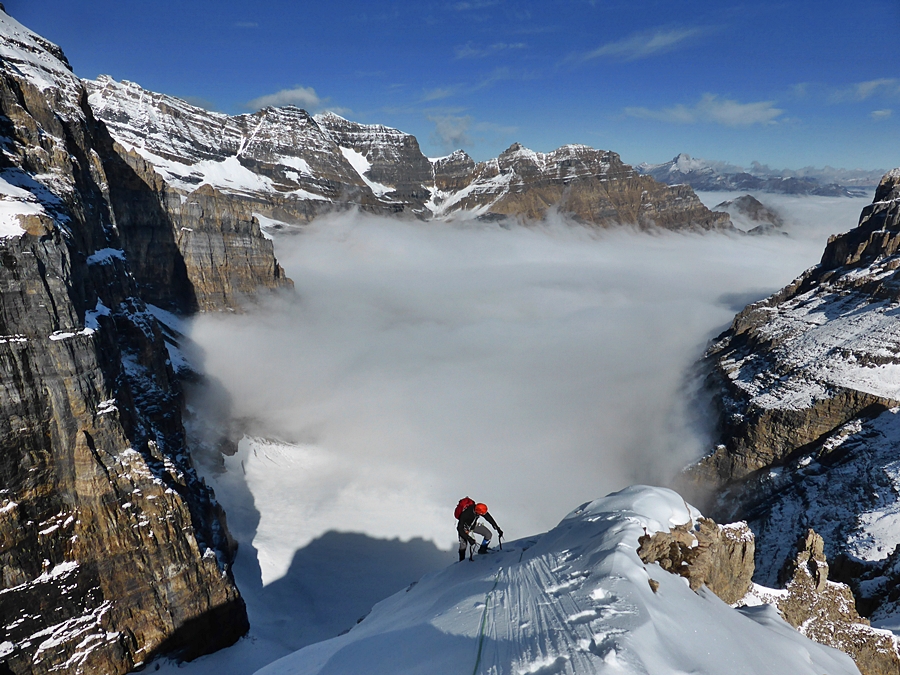 Colin Croston on the summit ridge of the mighty Mitre.

The view from the Mitre summit. 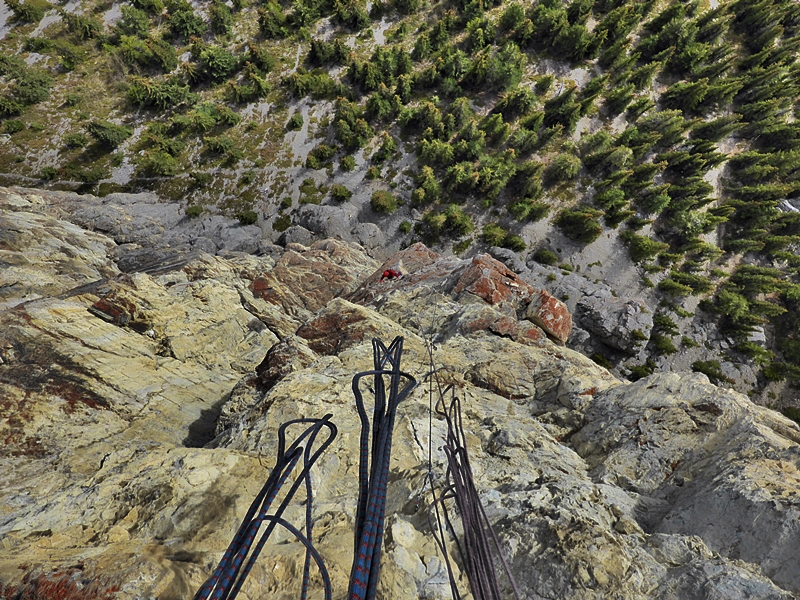 Day Off 2. Snert’s Big Adventure on Yamnuska with Michelle Kadatz. 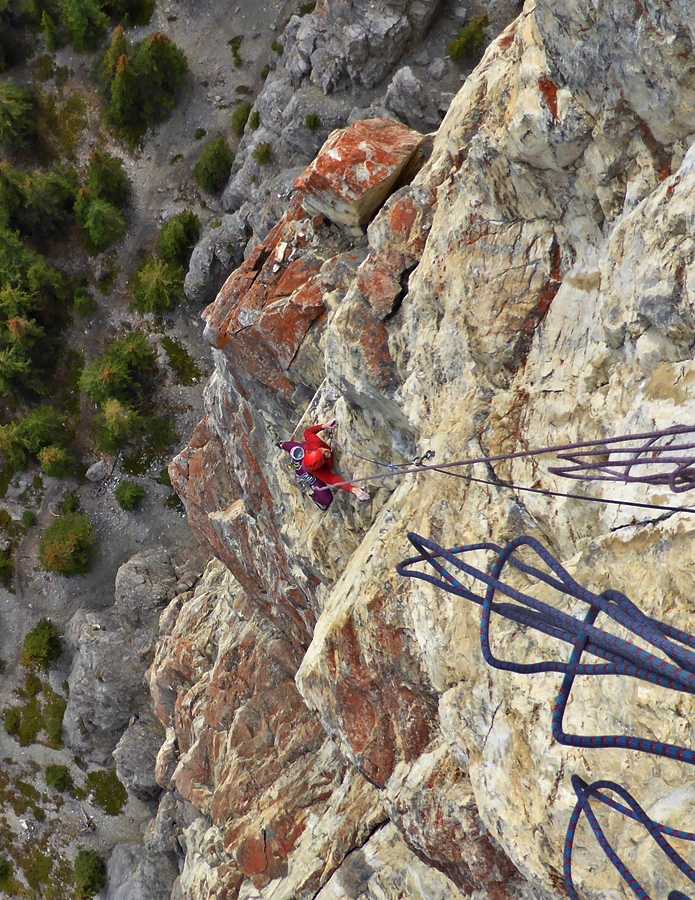 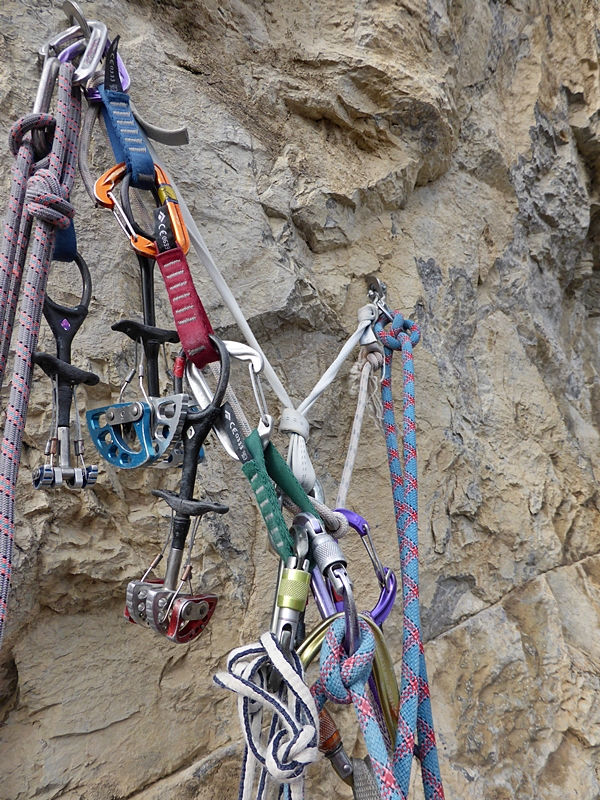 Making do, or being paranoid on Snert’s… some things have changed! 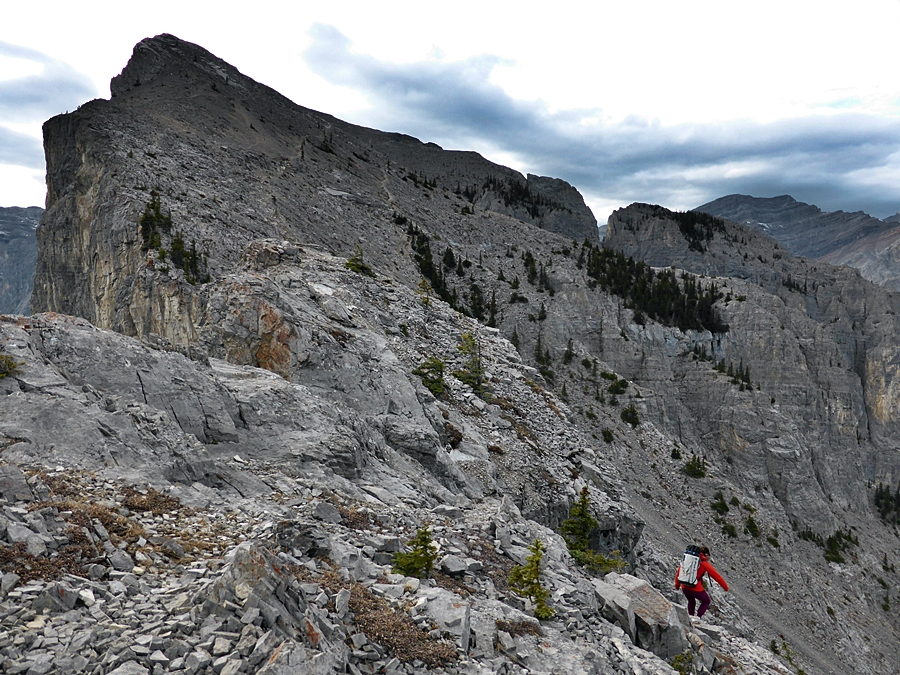 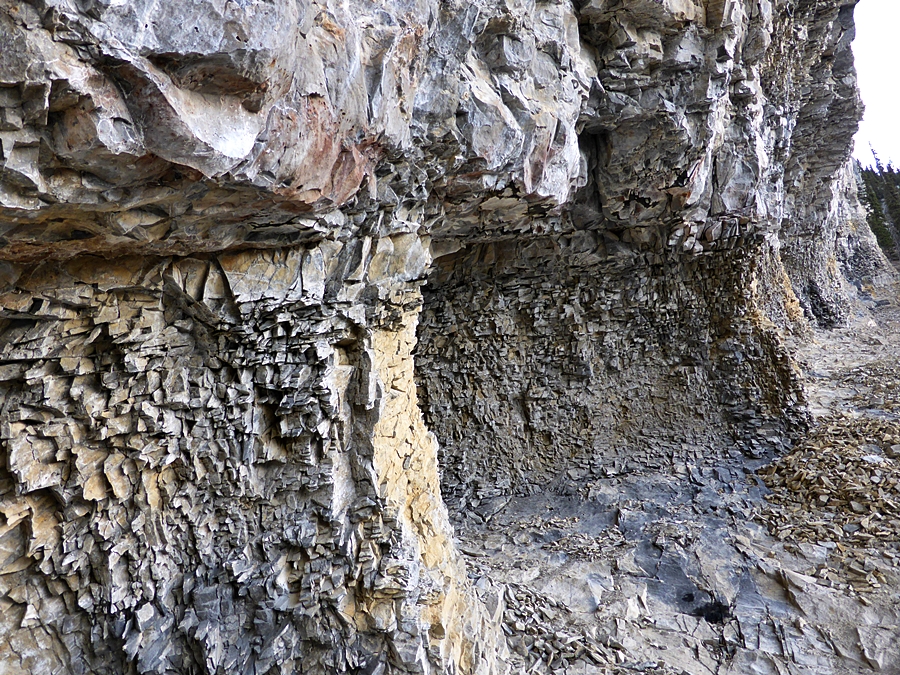 Day Off 3. The Lookout. World class sport held up by choss. Rock climbing with Jon Walsh. 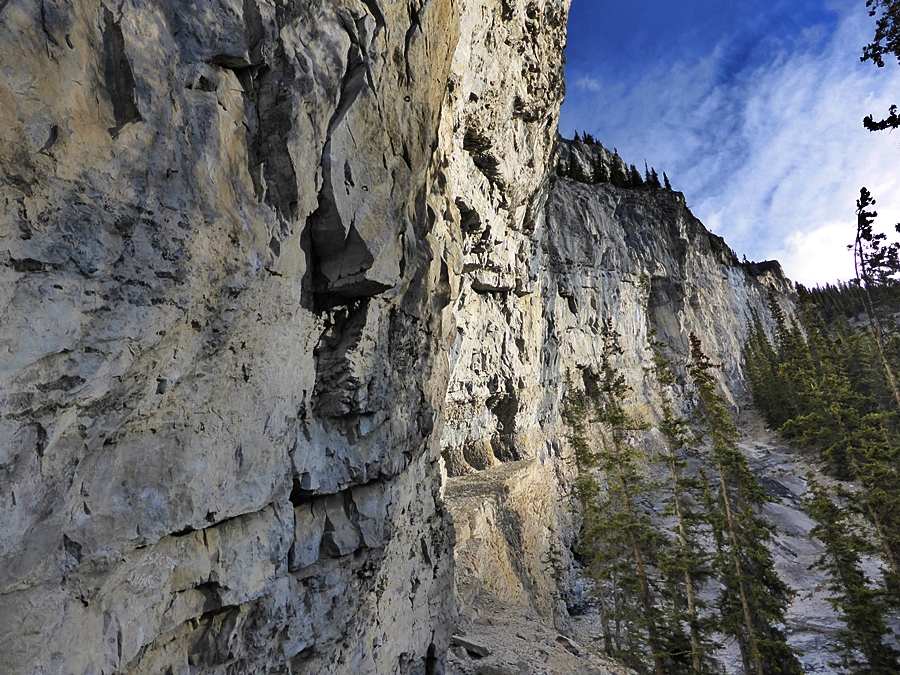 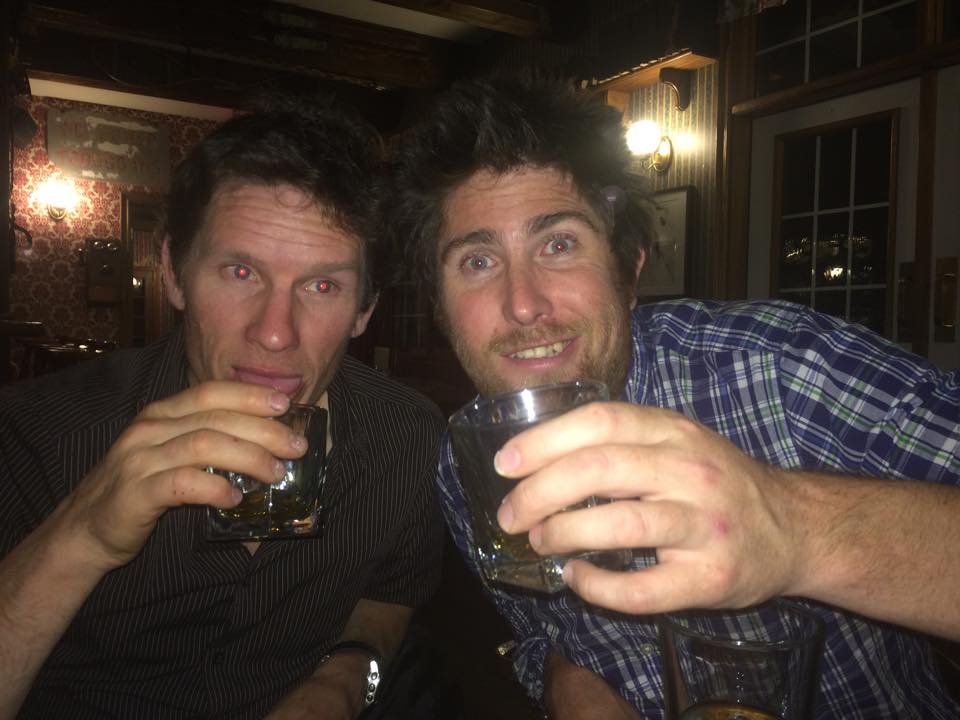 Day Off 4. Rock climbing with Raphael Slawinski which was so full there was no time for pictures. The crux of the day was avoiding these two. Ian Welstead and Brandon Pullen at their finest. 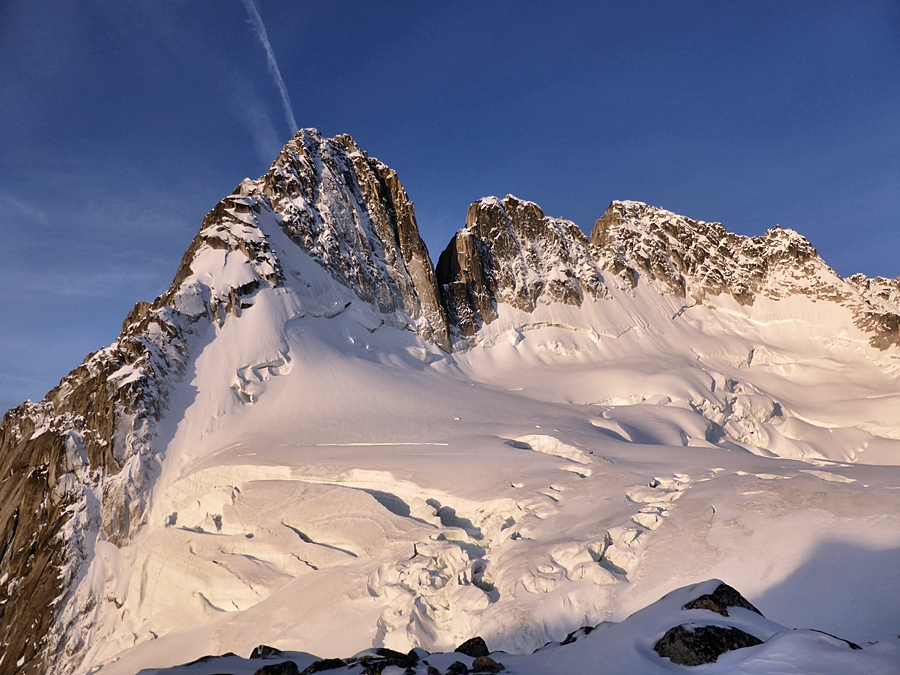 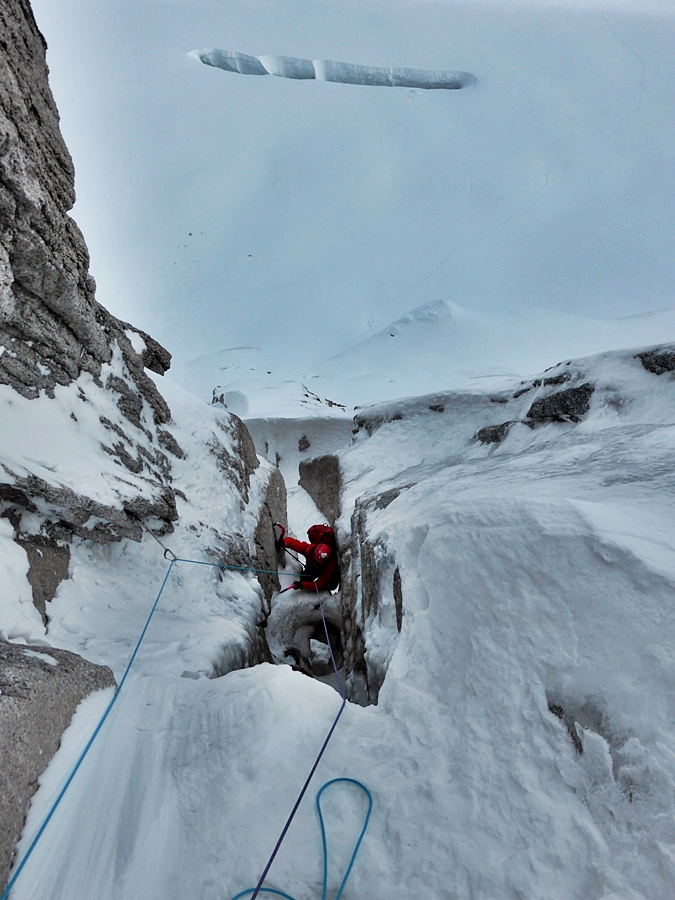 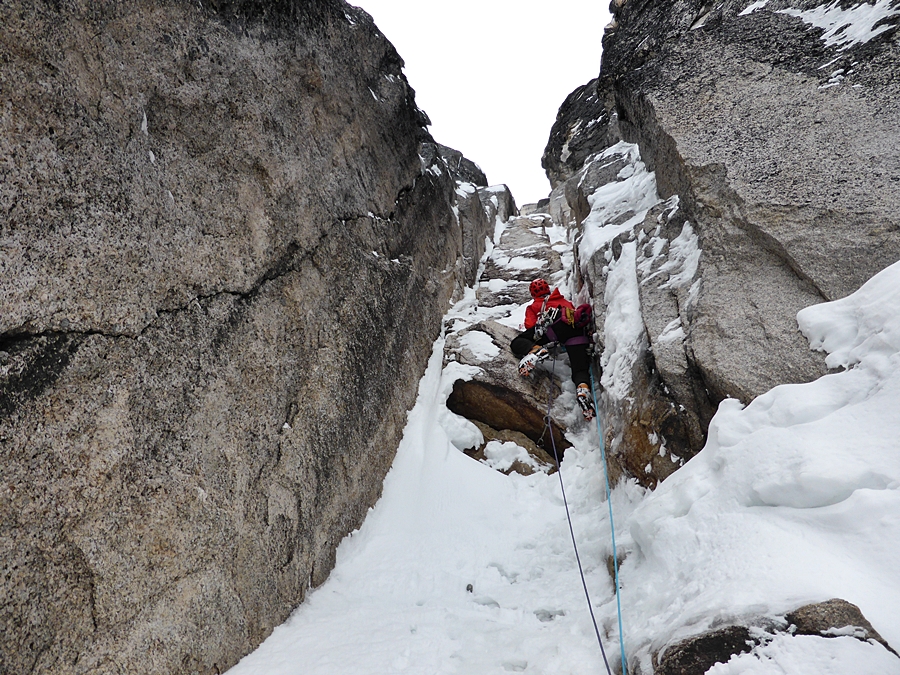 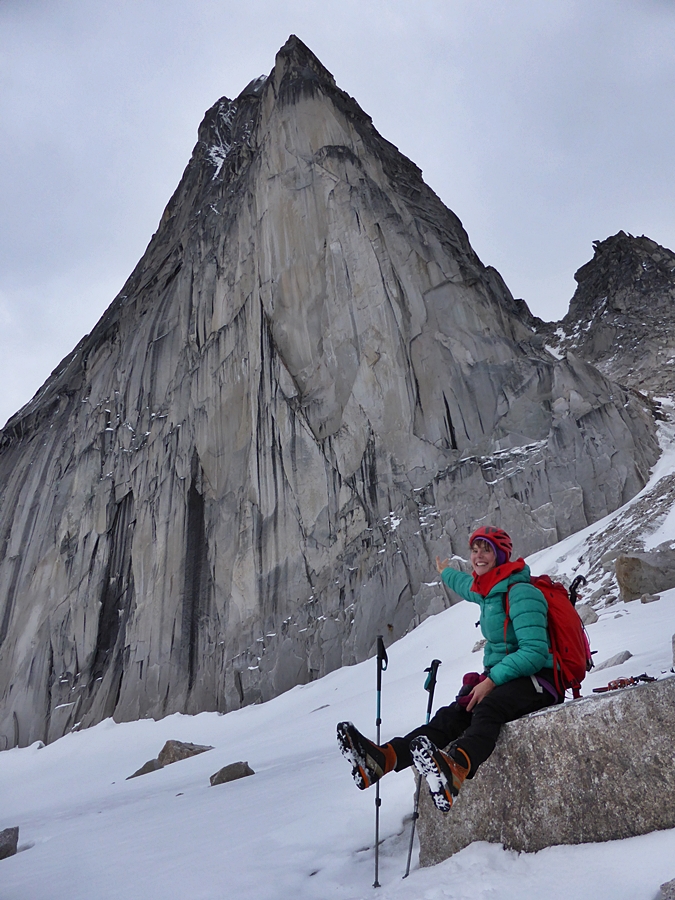 8 Responses to The Dream.