It was midnight and I lay at the side of the Icefields Parkway, that long strip of tarmac flowing through the Canadian Rockies. I was on my own, one hundred kilometres from Jasper, the nearest town, listening to the vast emptiness. Or was it having survived the last twenty-hours, I was listening for bears. It would be such a pisser to drag my body up and over my first Canadian alpine summit only to be eaten now by a bear having successfully returned to the road. Will Sim, my climbing partner had borrowed my muddy and wet running shoes and set off to collect the car, the car was parked six kilometres away where we had left it at 4am, (he was half my age!). I recalled the conversation  from the evening before as I sat in my sleeping bag leaning against the car and staring out at the valleys and trees and mountains which we would soon be experiencing,

“Bloody love all of this – the climbing, the thrill and even dossing here at the side of a road in the middle of no-where,  I’m getting old but at the moment this still works for me, bloody love it, give it up… never.”

Climbing a mountain by walking-in  up one valley, topping-out, traversing and then down-climbing and walking out of another valley is aesthetically pleasing, but when the valleys to be walked are in Canada it makes aesthetics and style totally knackering. Where are all of the telepheriques?

Humble Horse on Diadem North Face was supposed to be a warm up for bigger things but as I lay in the dark on the side of the road – shuffling jumpy legs, squirming in the gravel – I wondered if I had possibly pre-ejaculated on the alpine front. I was knackered and I wasn’t sure the three weeks we had left was long enough for recovery!

And as I lay and mulled the last twenty hours, the five hour approach, the climb, the traverse of the mountain with views of Alberta and the six hour descent, I didn’t notice a battered pick up rumble past my prone form. Brake-lights starburst the lonely-dark and the deep, many cylinder burble, changed to tick-over. Red turned to white as reverse was engaged and the pick-up burbled back until level. “You OK?” The deep Canadian gravel nearly matched the tone of the pick-up engine. “Yeah, I’m good thanks.”

I walked over to the open window to be confronted with a well-worn face, a peak cap and a big smile.

“What you doing out here?”

“Been climbing up there.” I gesticulated to the million acres of woodland somewhere over the other side of the river.

“Hell yeah, good on yer, want a cigarette, some whisky?”

I turned down both, the thought of glugging whiskey would have finished me and my lungs felt hot enough.

“Where you from, Australia, New Zealand?”

“Hell yeah, I’m from England originally, a place called Derbyshire, left when I was one. I’m Steve, pleased to meet you.” A paw thrust from the open window and took my hand.

“Well Steve, you’ve done alright living here, I bloody love the place, the people are great and the climbing is the best – only country I’ve travelled too that I would live.”

“Hell yeah, that’s awesome, I used to climb but I’m way too old for all of that now.”

Thanks to Jon Walsh for suggesting Humble Horse as a starter for this trip. 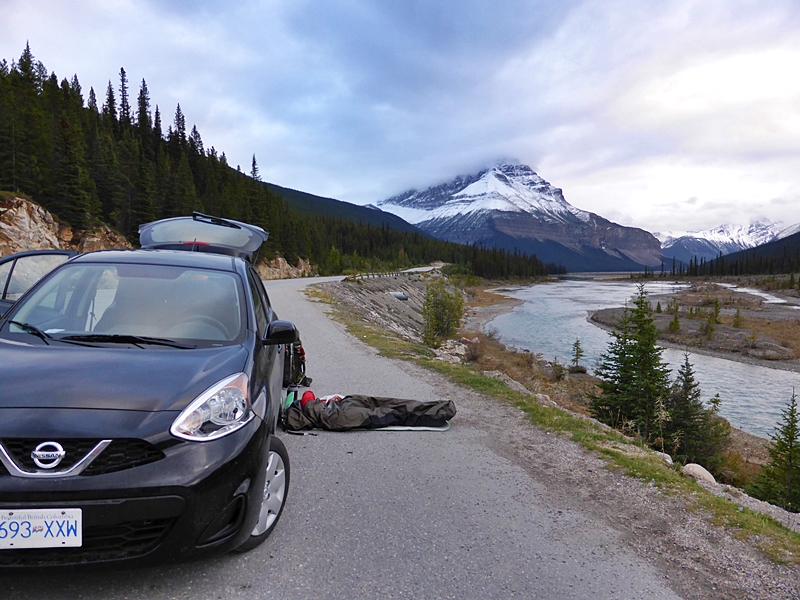 The night before THE day. Not a bad patio really. 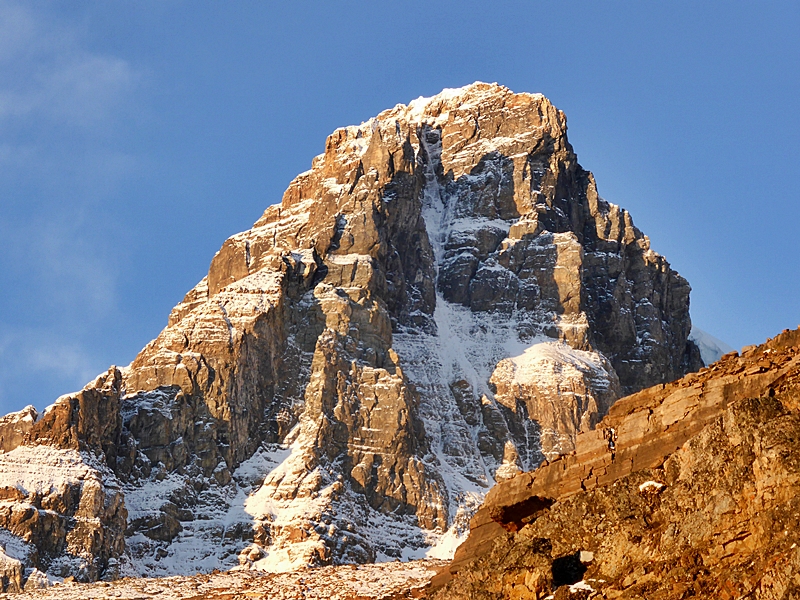 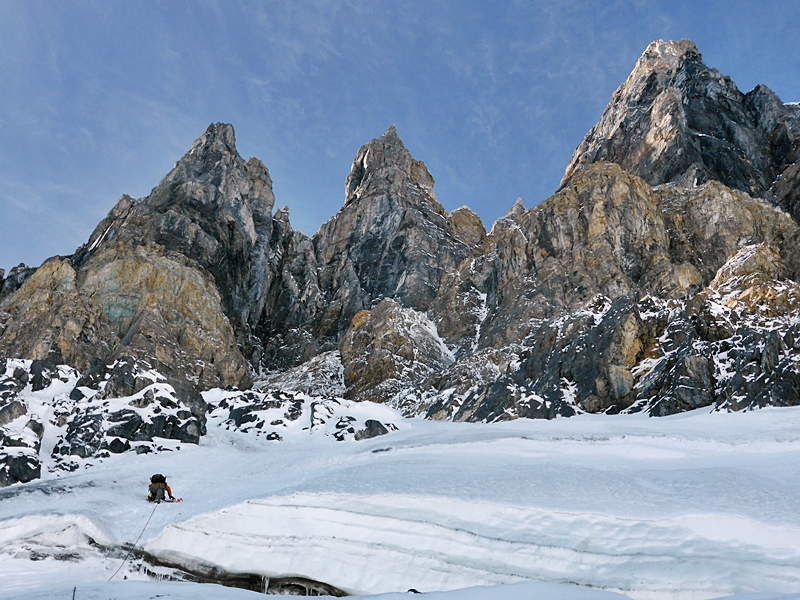 Will Sim crossing the shrund beneath the route. 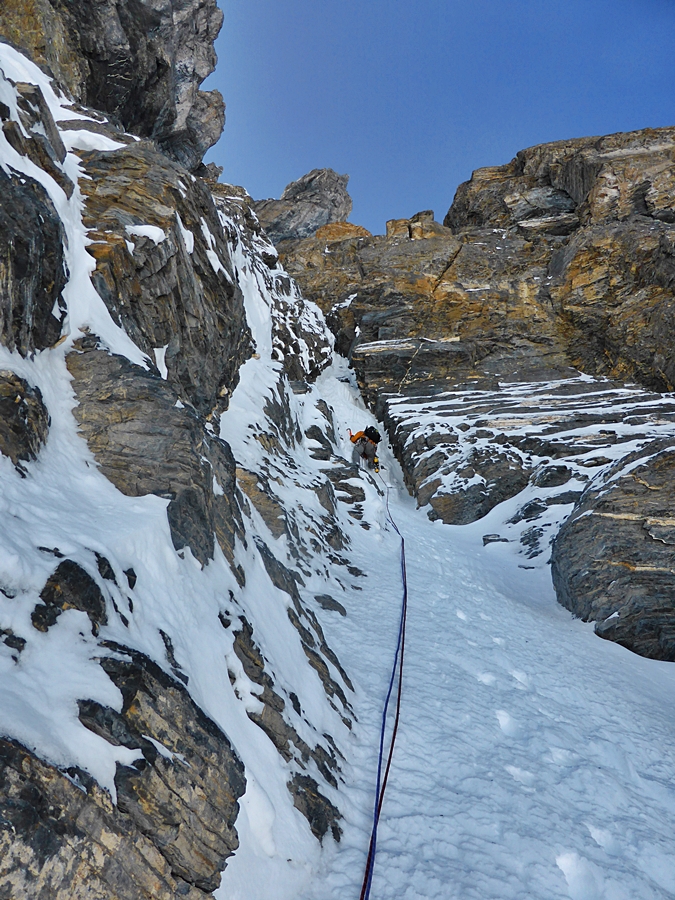 Starting on the pitched climbing. 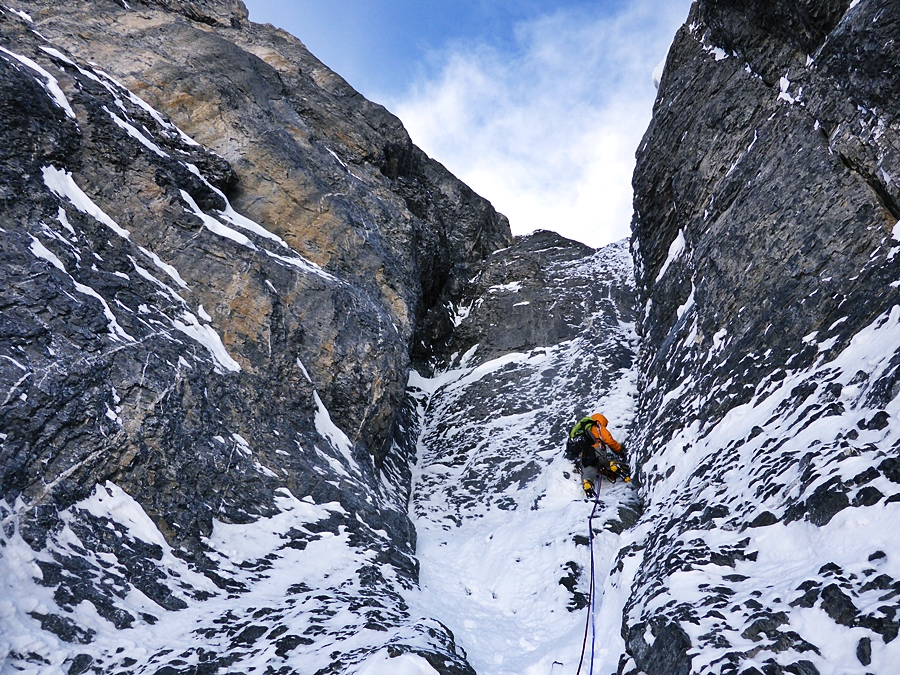 Overhanging ice-offwidth. Will about to experience his first taste of Canadian steep mixed. I think this pitch could have been a bit fatter for the grade. 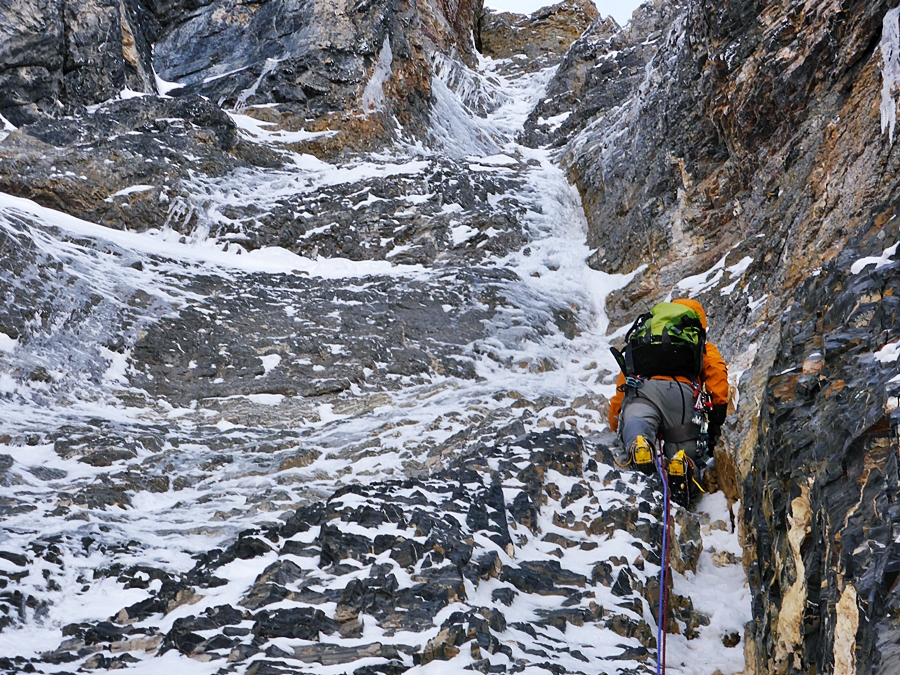 The second to last pitch of Humble Horse was on good ice with little gear. Welcome to Canada!. 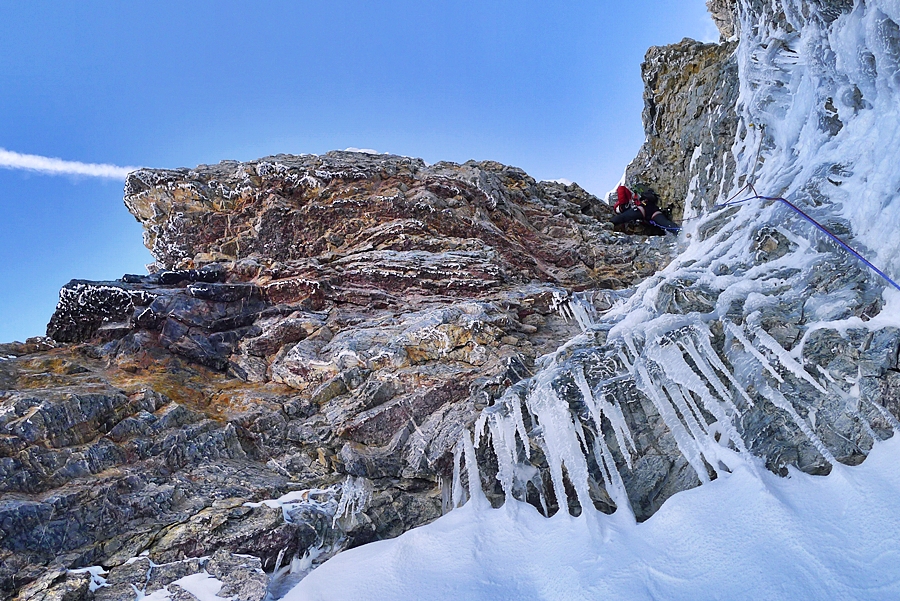 Myself climbing the final pitch to the ridge. 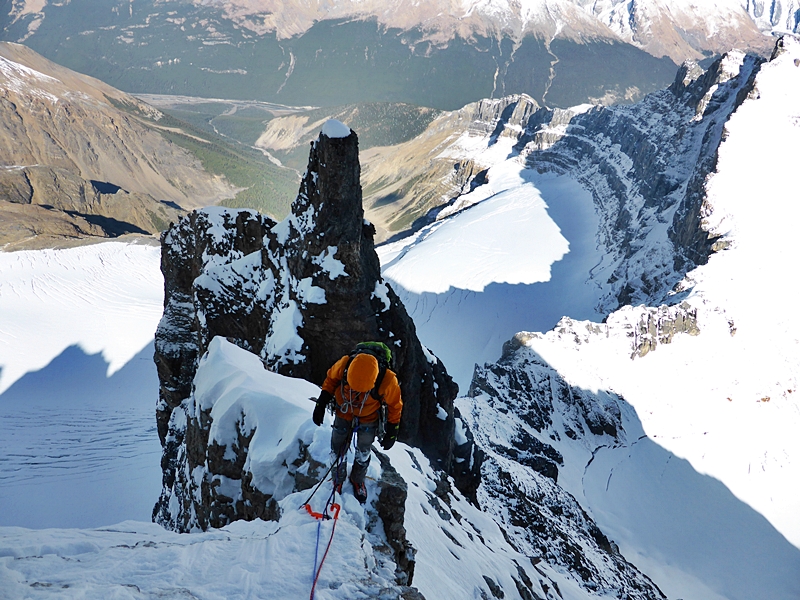 Will on the ridge with the road and the car and the valley we walked in the background. 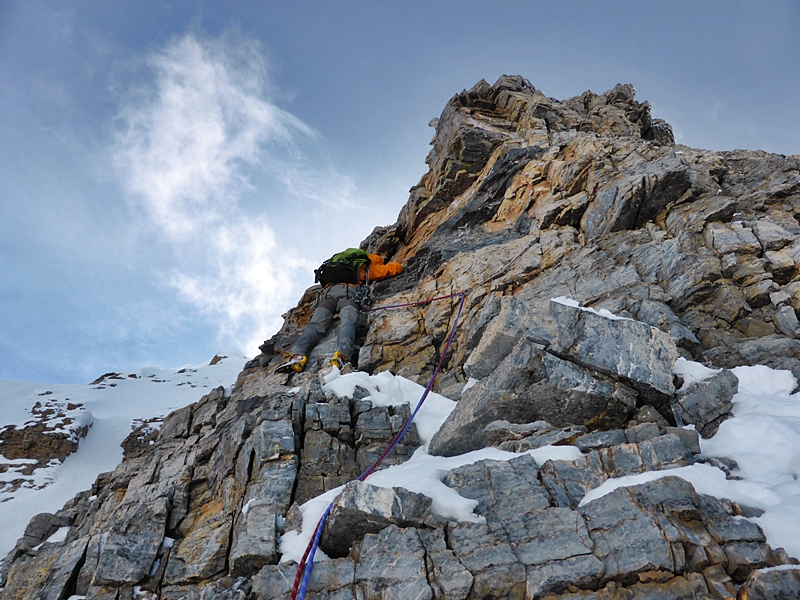 Choss to the summit. 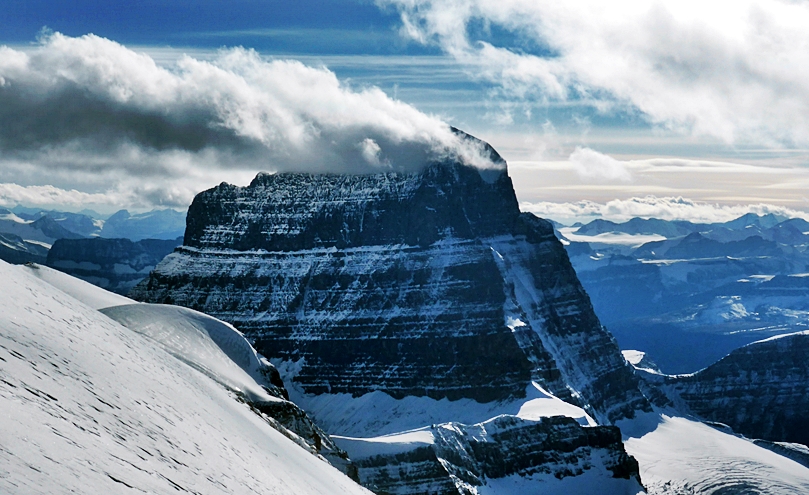 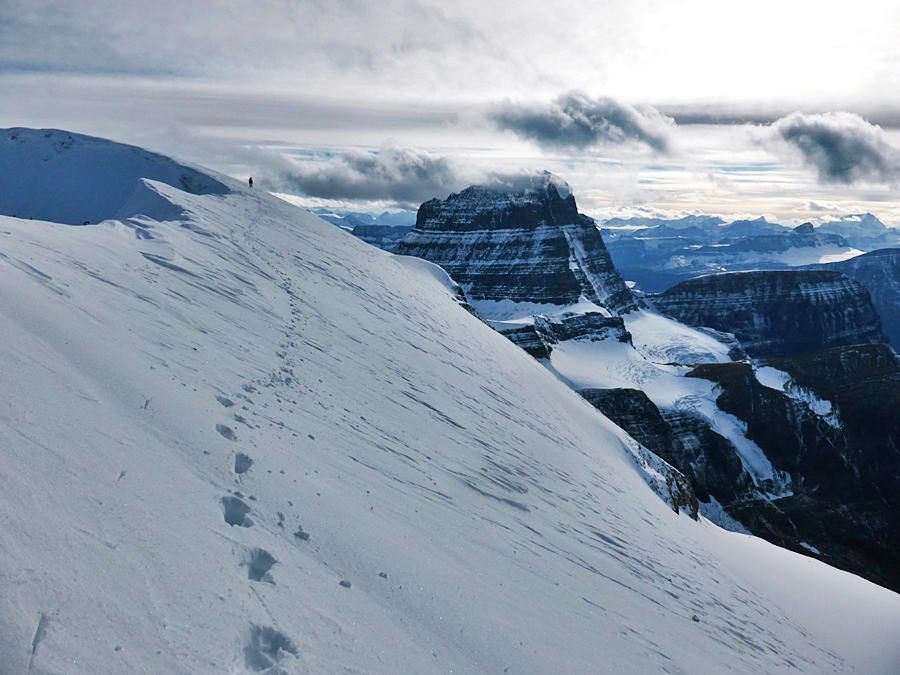 Will beginning the six hour walk back to the road.